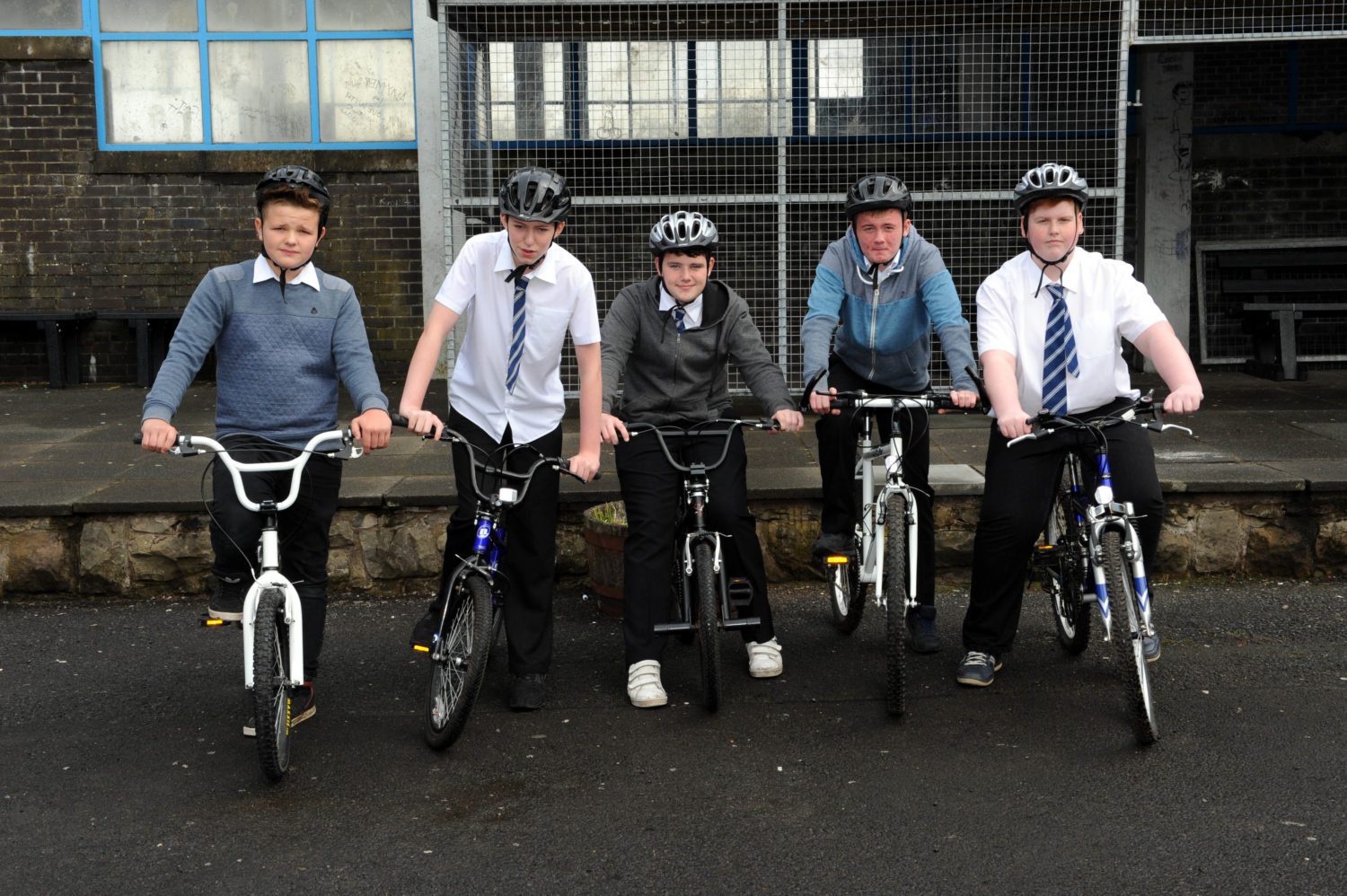 Pupils in Johnstone have been giving scrap bikes a new lease of life as part of a green recycling scheme.

The earn-a-bike project at Johnstone High School has been teaching young people how to fix and repair bikes that would have been recycled for scrap metal.

Bikes were collected by the recycling operators at the Underwood Road Household Waste Recycling centre and 17 broken mountain, BMX and road bicycles were donated to the scheme, run by Youth Services.

Pupils managed to fully rebuild 8 bikes, which they will get to take home as part of the project. Other pupils were shown how to perform minor repairs on their own bikes using spare parts from the donated bikes.

Eight of the pupils will earn a Youth Achievement Award from Youth Scotland.

Councillor Jacqueline Henry, Convener of Renfrewshire Council’s Education and Children Policy Board, said: “Most children grow up with a bike and learning how to repair them is not only an essential life-skill to have, but it is also a great deal of fun too.

“Many bikes end up on the scrapheap because of minor faults that could easily be repaired. Pupils learned how to fix up their bikes as well as working on rebuilding broken bikes that can be used again. The end result is 8 rebuilt bikes and pupils who are geared up to take them home as their own.”

Councillor Eddie Devine, Convener of Renfrewshire Council’s Environment Policy Board, said: “Recycling takes on many forms, it is not just about how we treat our waste but how we can prevent waste. The earn-a-bike scheme is an ideally way to upcycle in the local community and goes to show that there are some really useful stuff being thrown away. Turning this around and making use of these scrap bikes is not only helping the environment, but helping parents pockets too.”

The earn-a-bike scheme is being run at schools across Renfrewshire. For more information, email youthservices.els@renfrewshire.gov.uk or call 0141 889 1110.

Glasgow News? Daily Updates part of our network
Enjoy a Scottish Day Out in London