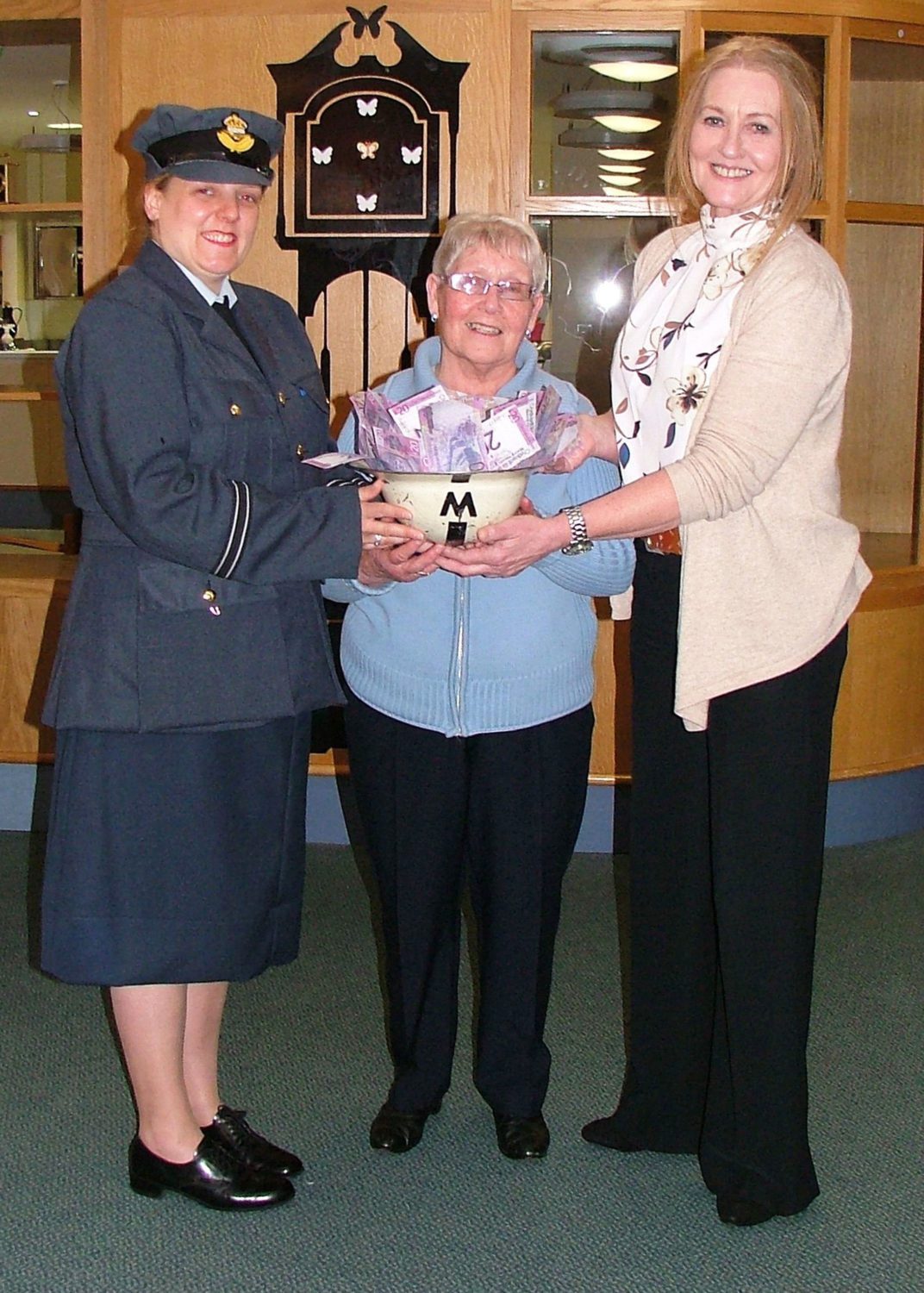 ERSKINE Hospital has been given a cash boost thanks to fundraising efforts at Renfrew’s Victory Baths.

A total of £428.86 was raised as part of the VE Day 70th anniversary celebrations at the pool last month, organised by staff and members of the Over 50s Club.

Pool staff were dressed in 40s-style clothes and a Second World War jeep was parked outside, while inside, the fitness studio was transformed into a street party, with the walls adorned with images of that famous day in 1945 and a long table laden with teas, sandwiches and cakes.

And to keep the wartime spirit alive, the money was stuffed inside an ARP Warden’s helmet before being handed over to staff at Erskine Hospital’s Ramsay House unit

The cash will be used to help pay for refurbishment work at the unit and Ramsay House manager, Jane Caldwell said: “We’re really grateful for the donation and we’ll make sure the money will be put to good use buying new sensory equipment for the unit.”

Renfrewshire Leisure’s interim chief executive, Derek Gillespie said: “Not only did everyone have a great time at the VE Day anniversary, those taking part raised a lot of money for a very good cause.

“It’s quite apt that the money raised at an event relating to the end of the Second World War is being donated to Erskine who look after so many ex-service personnel.”

With pic. Caption:  Susan McCann, from Renfrew Baths, in WW2 costume, left and Isobel Marshall, President of the pool’s Over 50s Club present an ARP Warden’s helmet full of cash to Jane Caldwell, from Erskine Hospital.