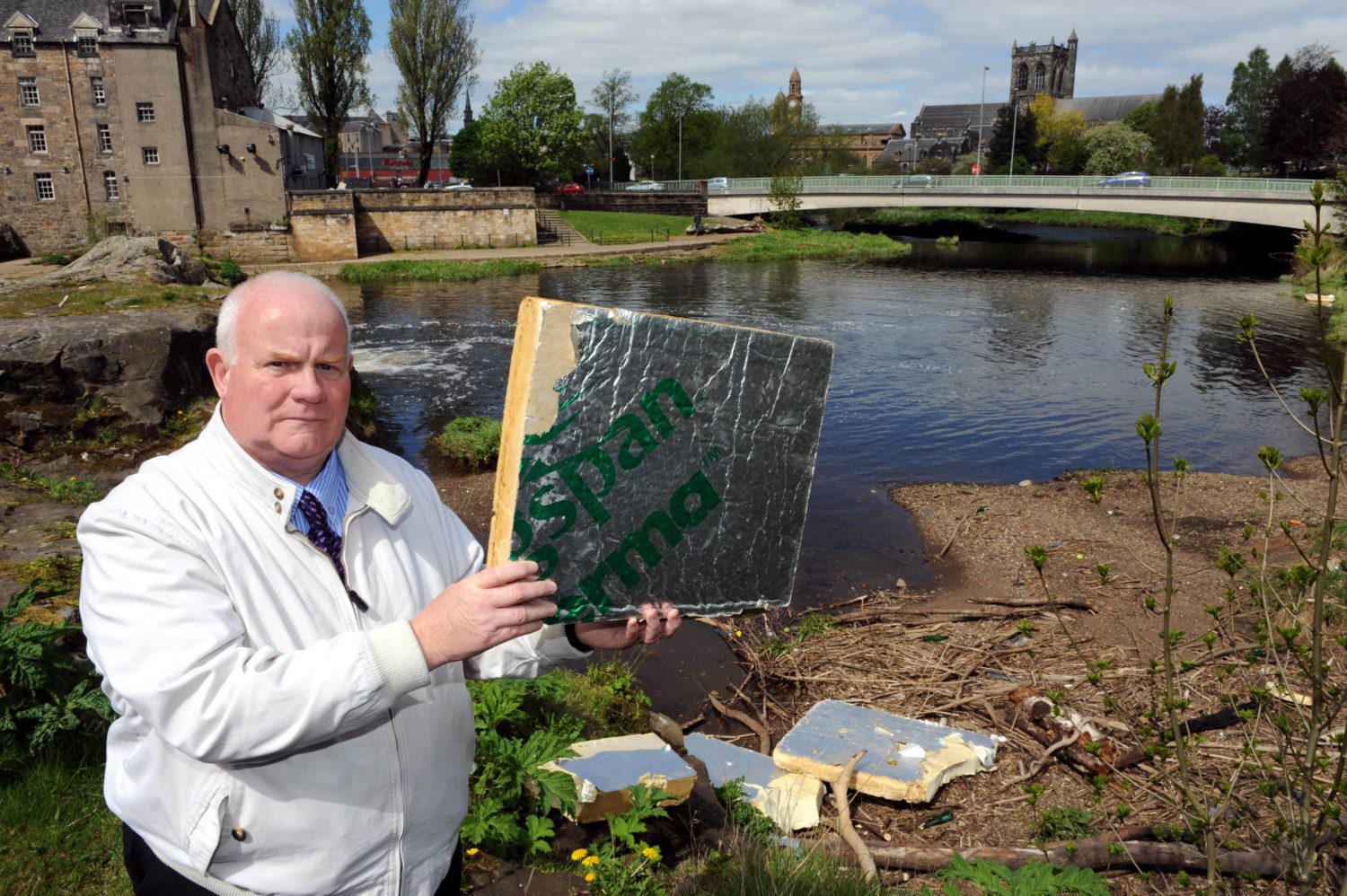 Renfrewshire Council has condemned thoughtless polluters who have tipped a large quantity of building waste into the River Cart.

Over a period of ten days, and at significant cost to the council, more than twenty 8’ by 4’ foam insulation panels have been removed from the river at various points between Morrisons supermarket and the Hammills at Anchor Mill.

The source of the flytipping has not yet been identified but is being investigated by the council and SEPA. Council officers say that it is likely that all of the panels were dumped into the river at the same time at a point further upstream.

Because of recent high water levels, the council has had to bring in specialist contractors to remove the panels from the river by boat.

“This is a thoughtless act of vandalism, blighting one of the most popular beauty spots on the River Cart close to the Anchor Mill, the Town Hall and the Abbey.

“At a time when the council, local businesses and the people of Paisley are focused on regenerating the town, it is sad that this is being undermined by such a thoughtless act.

“Dumping these panels in the river could lead to flooding by blocking drains and outlets. It also poses a danger to birds and other wildlife on the river.

“Material of this size could also constitute a potential hazard to river traffic if it got downstream and into the River Clyde.”

Dumping waste into rivers is a serious offence. If found guilty, perpetrators may be liable to a hefty fine.

Glasgow News? Daily Updates part of our network
The Experience