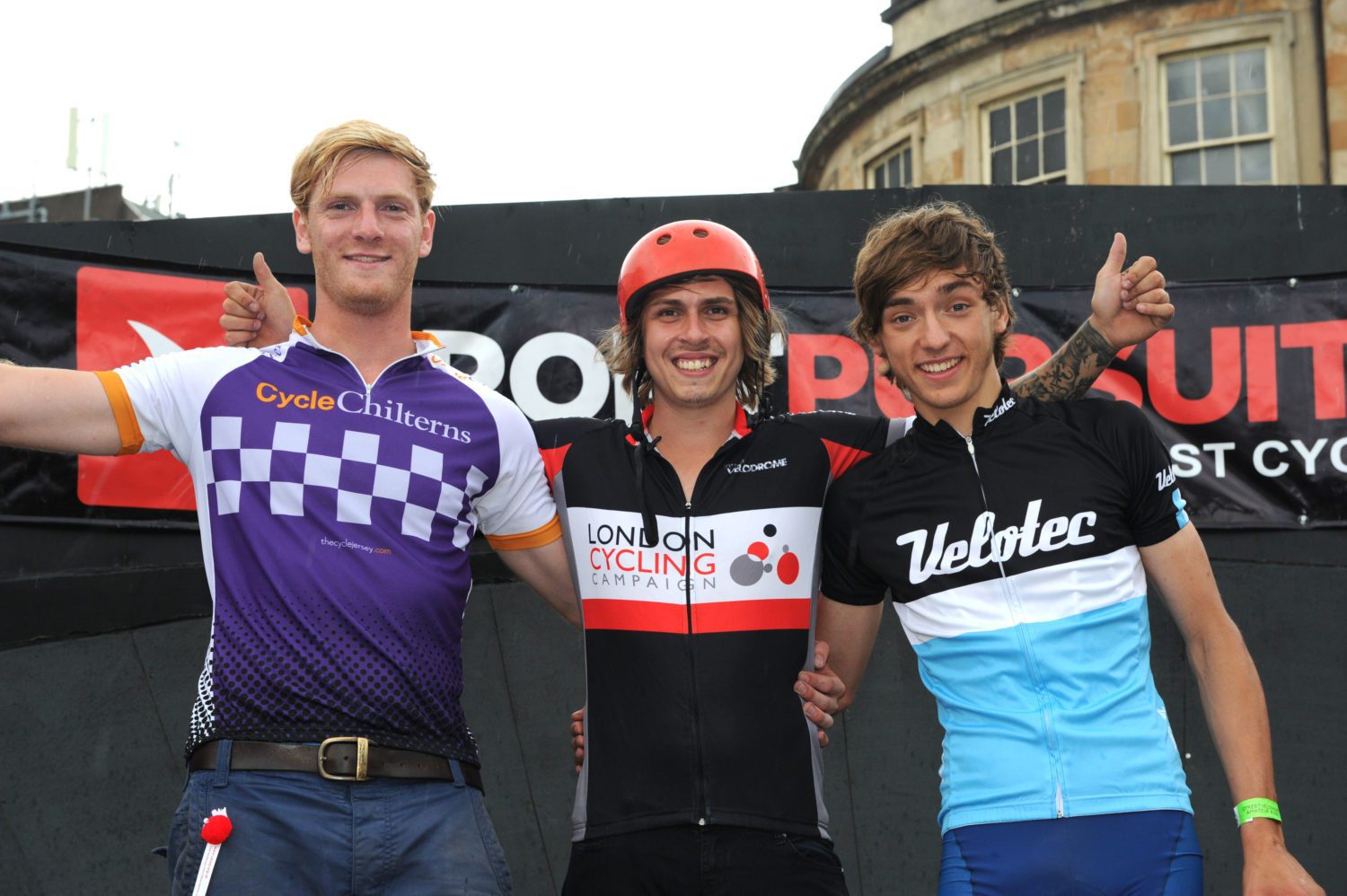 Cycling fans are gearing up for a treat when the world’s only pop-up track racing event returns to Paisley as part of a day-long festival of sport.

Street Velodrome will be back in Paisley’s County Square on Saturday 30 May as the first of seven UK tour dates, after a successful debut last year.

Amateur riders can sign up to race against the clock with the fastest reaching the final to be coached by and race alongside professionals including John Paul, who represented Team Scotland during the Glasgow 2014 Commonwealth Games.

The event – which also features local club the Johnstone Jets – will be televised, and broadcast later in the year on BT Sport and Eurosport.

Riders can sign up on the day but interest is already high, so to guarantee a place sign up now at www.streetvelodrome.co.uk

Registration will be open from 9am, with amateur qualifying in the morning, a session for community groups over lunchtime, and the six finals (men’s, women’s, and under 8s, 10s, 12s and 16s) taking place from 4 to 6pm.

Renfrewshire Council has arranged a series of sport-themed events in the town centre on the day to help get families involved.

Attractions include bubble football, unicycle stunts, street athletics, a smoothie bike, and Paisley Farmers’ Market in its usual place at Paisley Cross from 10am to 2pm.

There will be free outdoor spin classes between 10.30am and 4pm, run by Renfrewshire Leisure’s Ricky Taylor, with special RL ‘yellow jerseys’ for the winners.

There will also be a team from Street Velodrome’s official charity partner Re~Cycle, collecting unused and unwanted bikes and sending them to vital projects in Africa.

“It is the first of two major cycling events we have this summer in Paisley town centre – with the sport’s stars of tomorrow en route for the British Cycling Youth National Circuit Championships on Sunday 12 July.

“Those events are high-quality additions to a programme already including established favourites like Sma’ Shot Day and the Pipe Band Championships.

“We and our partners will look to expand that programme further as we build up to Paisley’s bid for UK City of Culture 2021 and continue establishing the town as a key destination on Scotland’s events map.

“That bid is the key strand of a wider set of plans aimed at using the town’s internationally-significant cultural and heritage offering to transform its future.”

Carl Thompson, Street Velodrome series director, added: “It is so exciting to be coming back to County Square in Paisley.

“Last year saw some great racing with an enthusiastic and supportive crowd and it should be a great atmosphere once again. We expect the local riders competing to get the loudest cheers.”