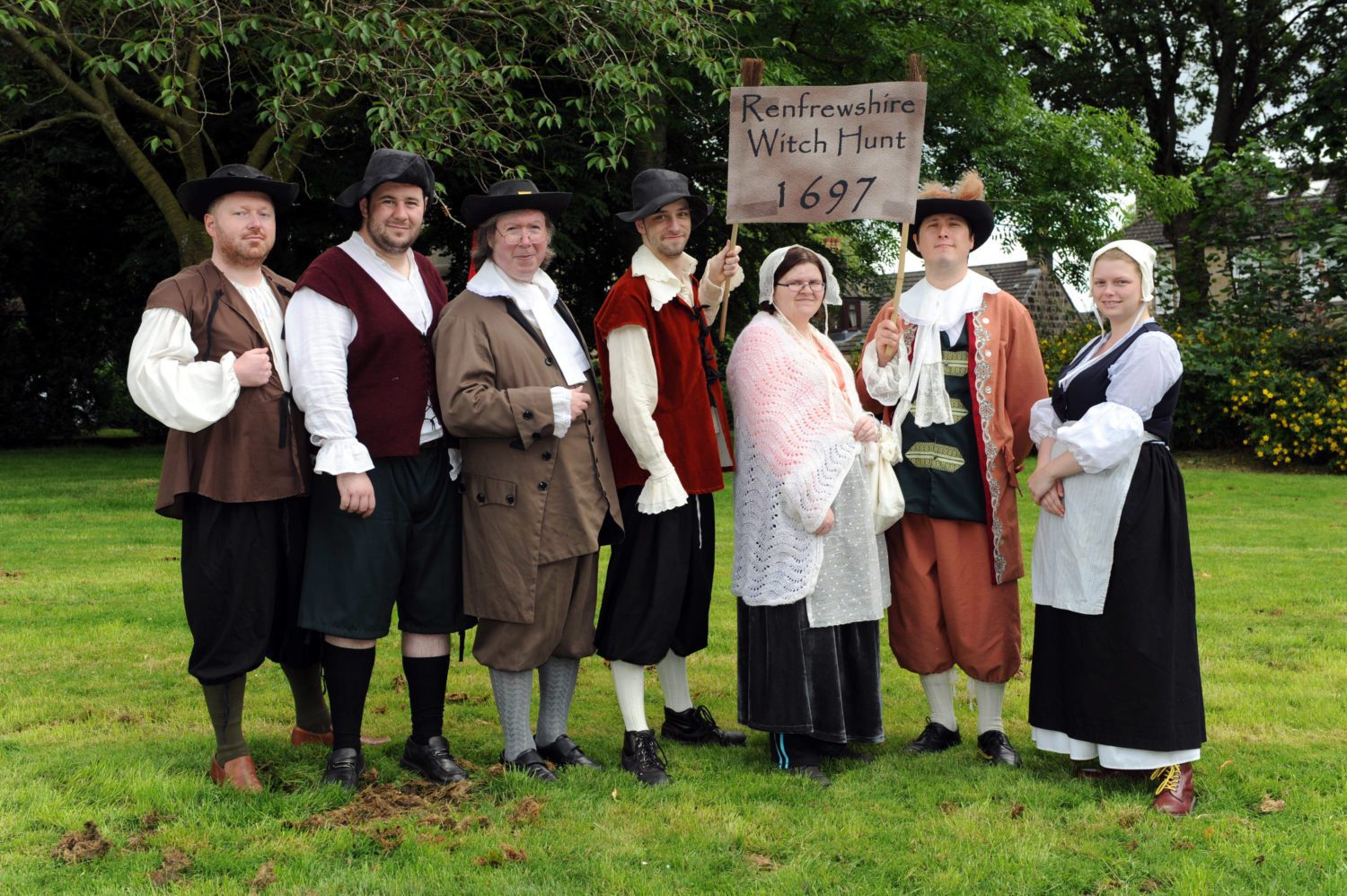 [vc_row][vc_column][vc_column_text]Paisley’s annual summer celebration of the town’s unique weaving history will be bigger and better this year – and you can take centre stage at the event.

The annual Sma’ Shot Day – one of the world’s oldest workers’ festivals – takes place on Saturday 4 July, and this year’s event will boast an all-new parade.

And the organisers are looking for volunteers who want to create a costume for and join the historic parade from Brodie Park to Paisley Abbey.

Four day-long ‘creative camps’ will take place to give any volunteers the chance to make their own props and costume for the parade.

The free-to-attend workshops – run by award-winning outdoor arts experts Walk the Plank – are on Saturday and Sunday 20 and 21, and 27 and 28, June, from 10am to 6pm, at Thomas Coats Memorial Church.

They are open to anybody aged eight and over, although anybody under the age of 18 must be accompanied by an adult.

To book a place, email towncentres@renfrewshire.gov.uk, with your name and contact details and which of the four workshop dates above suits you best.

Councillor Roy Glen, of Renfrewshire Council’s Economy and Jobs Board added: “Sma’ Shot Day is one of the highlights of the area’s events calendar and this year’s event will be bigger and better than ever.

“The town’s bid for UK City of Culture 2021 will have our textile heritage at the heart of it, so it is more important than ever that Paisley celebrates its unique history.

“Sma’ Shot Day is a fantastic showcase of that, and I would encourage as many people as possible to come forward for what looks like being a really fun project.”

Billie Klinger, Walk the Plank producer, said: “We’re delighted to be working on the parade element of Sma’Shot Day, especially as the town looks towards the even bigger UK City of Culture bid in 2021.

“Sma’Shot provides a fantastic opportunity for people of all ages to mark this important event in the town’s history and our creative workshops are designed to give everyone the chance to be part of a great collaborative expression of its past.”

Sma’Shot Day helps celebrate the town’s proud textile history by marking the victory of Paisley’s weavers in an industrial dispute of the 19th century.

The weavers didn’t receive payment for the Sma’ (small) Shot thread, which was unseen but held together the famous Paisley-patterned cashmere shawls.