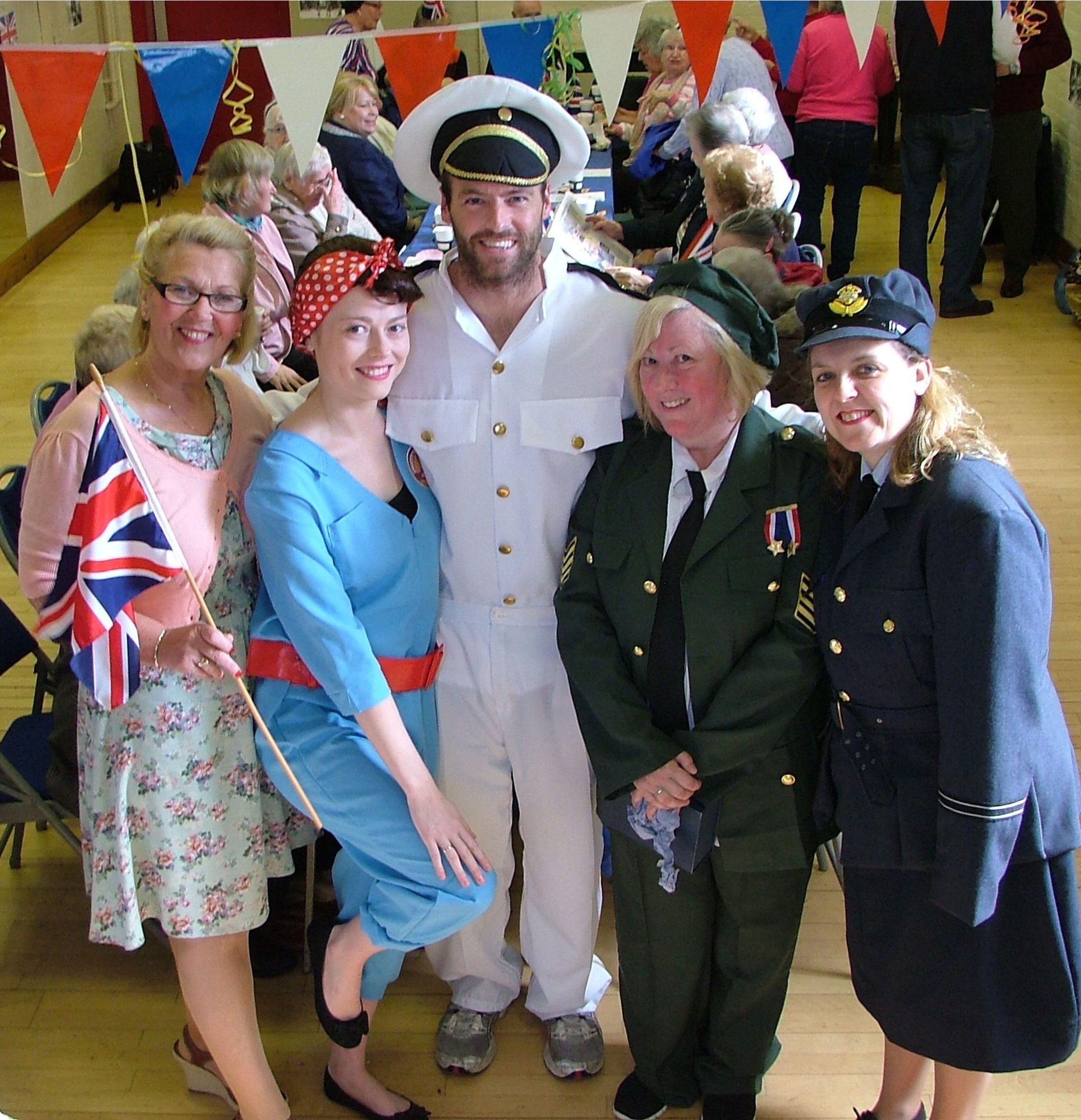 ALMOST a hundred people splashed out on a party to commemorate the 70th Anniversary of VE Day at a swimming pool.

A host of special activities took place today, Friday, May 8 at Renfrew’s Victory Baths to celebrate and remember VE Day in 1945, which marked the end of the Second World War.

Staff at Renfrewshire Leisure – the management trust that runs sports and leisure centres locally – and the Over 50s Club, which meets at the pool, organised the event that took everyone back to the 1940s.

Pool staff were dressed in 40s-style clothes and a Second World War jeep was parked outside, while inside, the fitness studio was transformed into a street party, with the walls adorned with images of that famous day in 1945 and a long table laden with teas, sandwiches and cakes.

Even the regular water aerobics class was held to 40s Big Band music and there was an old-fashioned radio with an iPod docking station inside playing the famous Winston Churchill speech that was broadcast to the nation on VE Day.

The VE Day event was staged after the success of the Victory Baths own 90th anniversary celebrations in 2011, which attracted a large crowd and some of those attending dressed in period costume.

Isobel Marshall, 79, is President of the Over 50s Club and she said:
“This has been a fantastic event and it’s brought back a lot of memories for a lot of people. We’ve had almost 100 people come along to our street party and I think it was so popular because people still have that war-time community spirit. Or as I like to think, the Over 50s Club spirit!

“VE Day was very important because it meant that for children at the time their daddies, big brothers and other family members would be coming home from the war. It was a time of great celebration and people of a certain age will never forget that day.

“The staff at the pool here have been great and really joined into the spirit of the event by decorating the fitness studio, getting dressed up and gathering various artifacts from the local museums service like a gas mask and ARP warden’s helmet.”

Renfrewshire Leisure’s interim chief executive, Derek Gillespie said: “We’ve managed to create our own small community among those who come to Renfrew’s Victory Baths and it was great to see everyone getting into nostalgic spirit and enjoying our VE Day Anniversary street party.”

Picture Credits: Jeep 1 and 2 – Ready for VE Day action with a Second World War jeep, from left, Isobel Marshall, president of the Over 50s Club; Drew McCann, who restored the vehicle and recently-retired receptionist at Renfrew Victory Baths, Elizabeth McGhee.