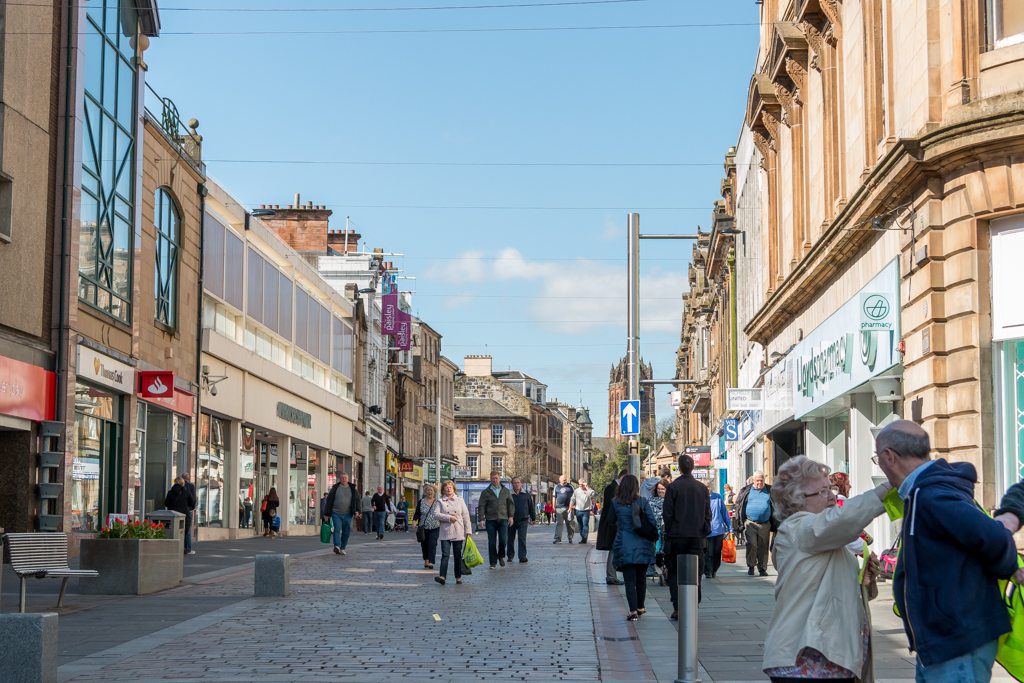 Paisley’s pedestrianised High Street is to open to cars and taxis in the evenings and overnight from the end of July.

Renfrewshire Council has announced the start date for what is believed to be the first such pilot in Scotland.

The first car in almost 20 years will be allowed back into County Place, Gilmour Street and the High Street from 6.30pm – 6.30am.

Renfrewshire Council Leader Mark Macmillan said: “It has been something of a long and winding road dating back to 2013 to be allowed to make this change with a public hearing followed by discussions with Scottish Ministers.

“But we have remained committed to our plan which has had strong support from local business. Now we have received confirmation from Transport Scotland and are looking forward to seeing the benefits in action.

“Improving vehicle access is a key part of our plans to bring people – whether residents or visitors – back into Paisley town centre to boost the developing night-time economy.

“Renfrewshire Council has made the regeneration of our traditional town centres one of our key priorities.

“There is widespread recognition that our innovative heritage-led regeneration strategy has the potential to transform Renfrewshire’s fortunes.

“There have already been some significant successes in our efforts to develop investment, jobs and tourism.

“People are coming back to live in Paisley town centre – for example, through the redevelopment of the iconic Arnotts building.

“Last year a Business Improvement District was agreed for Paisley. And only recently, the heritage-led regeneration plans for the town snapped up two awards at a prestigious UK-wide ceremony.

“Paisley is also bidding to be UK City of Culture 2021.

“There is a strong sense that Paisley is making progress and this change can help continue that positive change.”