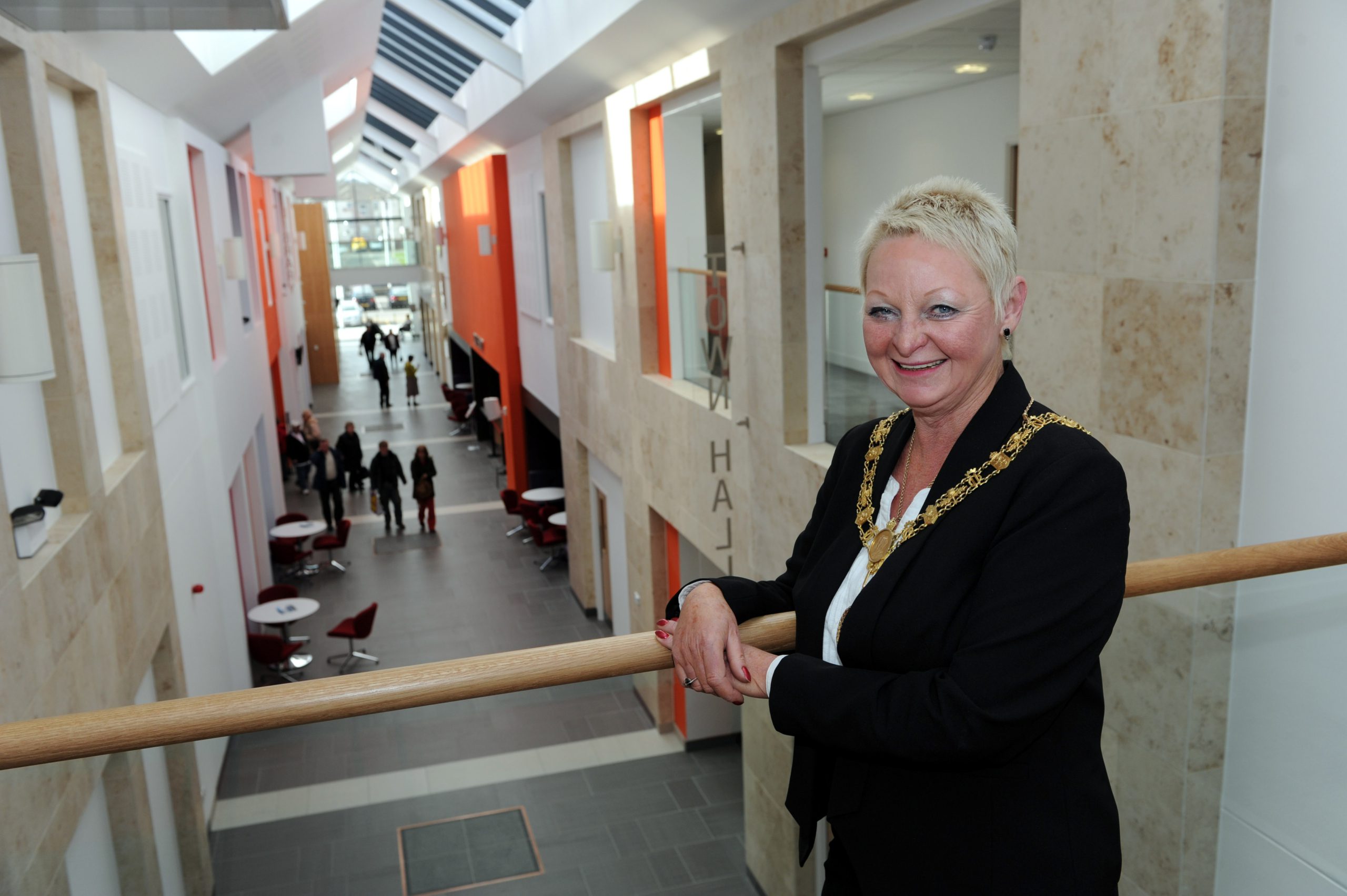 The official opening of the new Johnstone Town Hall is being marked with an afternoon-long party in the town centre on Saturday 16 May.

Renfrewshire Council is hosting the event from noon until 5pm to celebrate the completion of the new £14.5m building, which opened its doors at the end of March.

The event will be spread across Houstoun and Ludovic Squares with outdoor activities including a main stage hosted by Clyde 1 DJs, live music, a funfair, giant games and inflatables and street entertainers.

The town hall will host a showcase of local groups and businesses run by Johnstone Business Consortium, face-painting by Johnstone Phoenix Theatre Group, and entertainment from Mischief Le Bas.

The striking glass-fronted town hall will be a hub for life in Johnstone and the villages for generations to come, and contains modern facilities including theatre space, a library, dance studio, ceremony suite, cafe, meeting rooms and conference facilities.

The building is also home to offices for council housing, social work, registry and Adviceworks staff, meaning it acts as a one-stop shop for a range of services.

Police Scotland and Macmillan Cancer Support are also due to move into the building later this year.

The official opening will be performed by local MSP Hugh Henry before an audience of invited guests from throughout the community before the fun starts at noon.

At 7.30pm that evening there will be a family ceilidh with Clamjamfrie, but the free tickets – which were available on a first-come, first-served basis – are all now gone.

Renfrewshire’s Provost Anne Hall will be there on the day and she said: “It will be a pleasure to be there to help mark the official opening of the new town hall.

“The building has had a great reaction from local residents in the few weeks since it opened and that was important to us because the building is theirs now.

“We made a significant investment in the new town hall as a way of boosting the regeneration of the town and have been working with local businesses to make sure they can make the most of the opportunities that Saturday’s crowd will bring.

“If anybody has yet to see inside I would encourage them to come down at the weekend and join in the fun – it should be a great day.”

Elizabeth Speirs of Johnstone Business Consortium said: “We are delighted to be involved in such a historic event as the opening of the new town hall.

“Many of the consortium’s 50-plus members were actively involved in the preparation and planning and we believe the opening of the new town hall will be beneficial to local businesses and assist in the regeneration of the town.

“The consortium is just over a year old and in that time we have brought several successful events into the town centre. New members are always welcome, for more information contact 01505 321222, or 01505 327722.”

Glasgow News? Daily Updates part of our network
Splashing out on a VE Day party