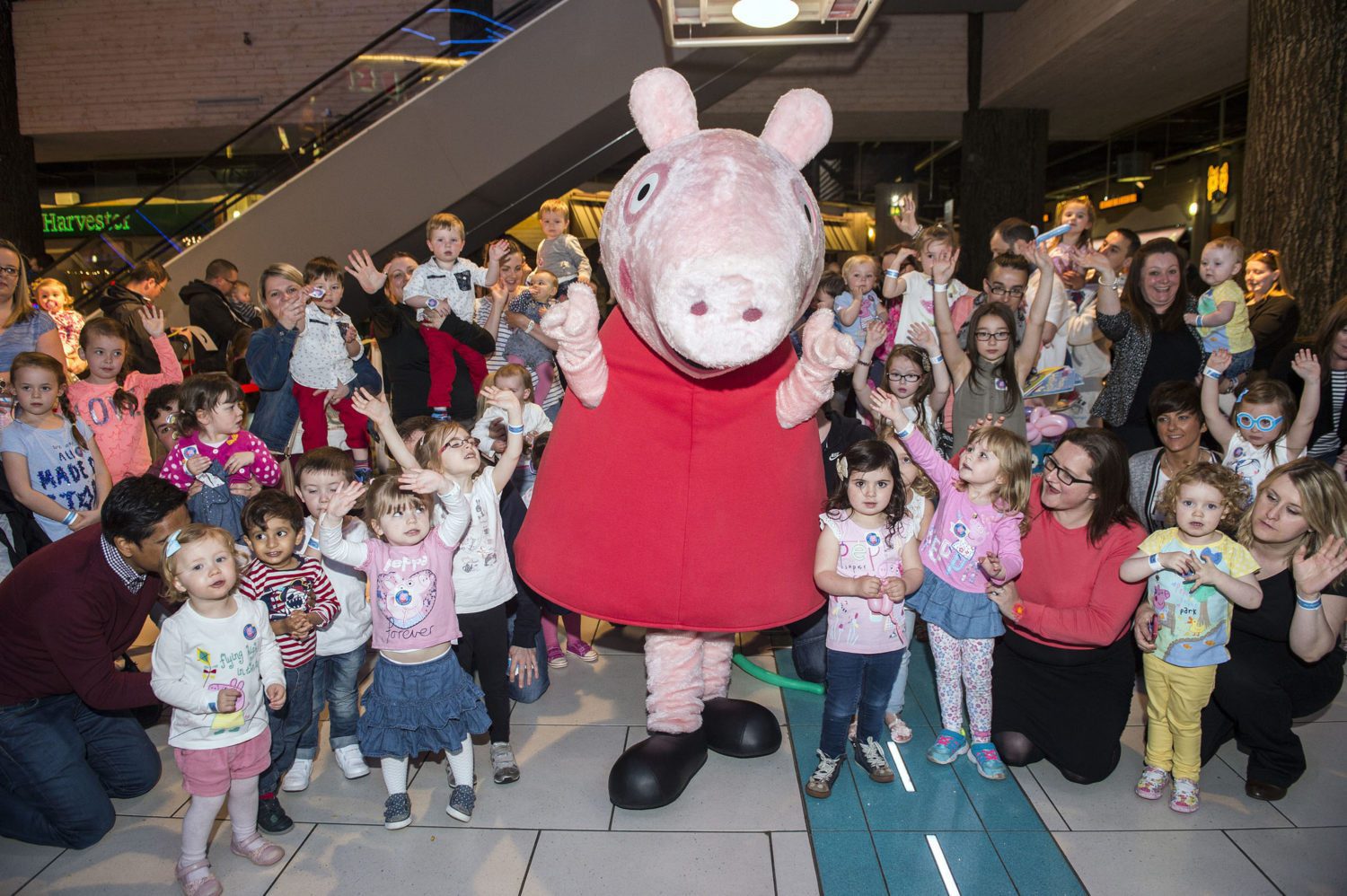 More than a thousand youngsters turned up at the Soar at intu Braehead leisure destination, near Glasgow to catch a glimpse of the little piggy, who is now a worldwide phenomenon.

Peppa was making a series of appearances throughout the day to entertain the kids as well as teaching them a fun new Peppa song and dance. It was her only Scottish date as part of a nationwide tour of 14 intu shopping and leisure destinations.

At each of Peppa’s five appearances, almost 100 lucky youngsters managed to get one of the free entry wristbands to get close up and meet Peppa, but hundreds more came to the Soar at intu Braehead centre mall just to see their favourite little piggy.

“It was one of the most popular events we’ve ever staged at intu Braehead with a huge demand for free entry wristbands. Even those who couldn’t get a wristband turned up in their hundreds.”

The Peppa Pig TV show is now screened in 200 countries across the globe and has been translated into 40 different languages.

Last week it was reported that Peppa, who first appeared on British television in 2004, had smashed the one billion dollar barrier for US sales, which is expected to double by 2020.

Glasgow News? Daily Updates part of our network
Morvin has some baking fun

Paisley High Street to re-open in July
Scroll to top