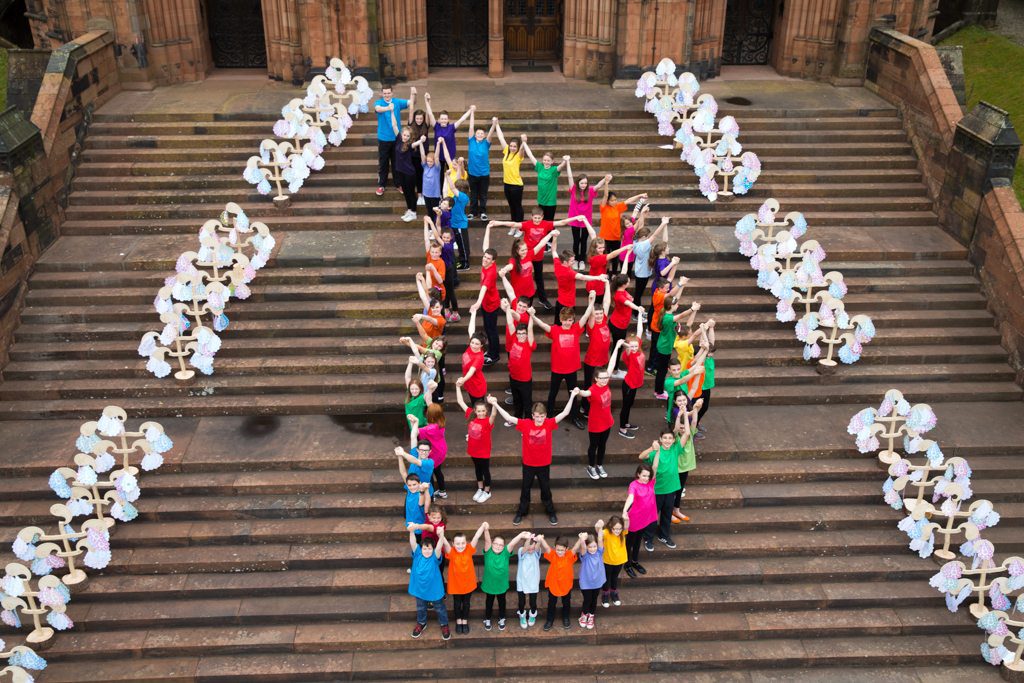 The ambitious project to transform Paisley’s future using culture and heritage has been honoured at a prestigious UK-wide awards ceremony.

The Paisley Town Centre Heritage Asset Strategy picked up two titles at the Placemaking Awards in London, designed to honour the very best planning and regeneration projects from across the UK.

The ambitious project to transform Paisley’s future using culture and heritage has been honoured at a prestigious UK-wide awards ceremony.

The Paisley Town Centre Heritage Asset Strategy picked up two titles at the Placemaking Awards in London, designed to honour the very best planning and regeneration projects from across the UK.

They were: the UK Placemeaking Award for best use of arts, culture and sport in placemaking; and Best placemaking in Scotland.

PTCHAS is the far-reaching set of proposals taking in a range of projects designed to make the most of Paisley’s heritage offering, described by experts as ‘internationally-significant’.

It includes the following:
– a bid for UK City of Culture status in 2021, including an expansion of the town’s existing cultural and events programme
– ambitious plans to turn Paisley Museum into an international attraction based around costume and textiles;
– a Paisley Fashion and Design Centre on the High Street as a production and retail base for creative entrepreneurs;
– work to rebrand the town and retell its story to the world and increase the number of tourists;
– a feasibility study into the building of a new theatre/cinema space in the town.

PTCHAS was launched by Renfrewshire Council last summer, having been produced with the assistance of regeneration specialists SLR Consulting Ltd.

Judges praised the strategy for its ‘town-wide scale’, saying it ‘showed good community engagement, and made good use of economic heritage’.

Renfrewshire’s Provost Anne Hall said: “This pair of awards is great news and is testament to the quality of the work which has been done to date.

“For the town’s regeneration plans to be recognised as among the best of their kind in the UK is a big thumbs-up for everything Paisley has to offer.

“The town is known worldwide for the Paisley Pattern and still has the legacy of its days at the heart of the global textile industry, as well as a thriving cultural scene which will form the basis for the town’s UK City of Culture bid.

“We hope that once these plans come to fruition they will leave a lasting legacy to benefit all of Renfrewshire for generations to come.”

Paul McTernan from SLR Consulting said: “We were delighted to see the team’s work in Paisley acknowledged by these awards.

“The partnership between Renfrewshire Council and the SLR consultancy team has been superb from the outset and together we are continuing to push on with the implementation of a hugely ambitious strategy that will transform Paisley and be an exemplar to other towns and cities in terms of how really good heritage planning can deliver real economic and social change.

“We remain grateful to all of those in Paisley that have helped us to put the project together and who are now engaged in getting it delivered on the ground. That collective effort has now been acknowledged as best in Scotland and best in the UK”.

As part of the wider project, the council is also working to make the most of Paisley’s outstanding built heritage – with ongoing restoration work on the Russell Institute building and Arnotts site, and with £2m of lottery funding lined up for a Townscape Heritage scheme to revamp historic buildings in the area around the High Street.