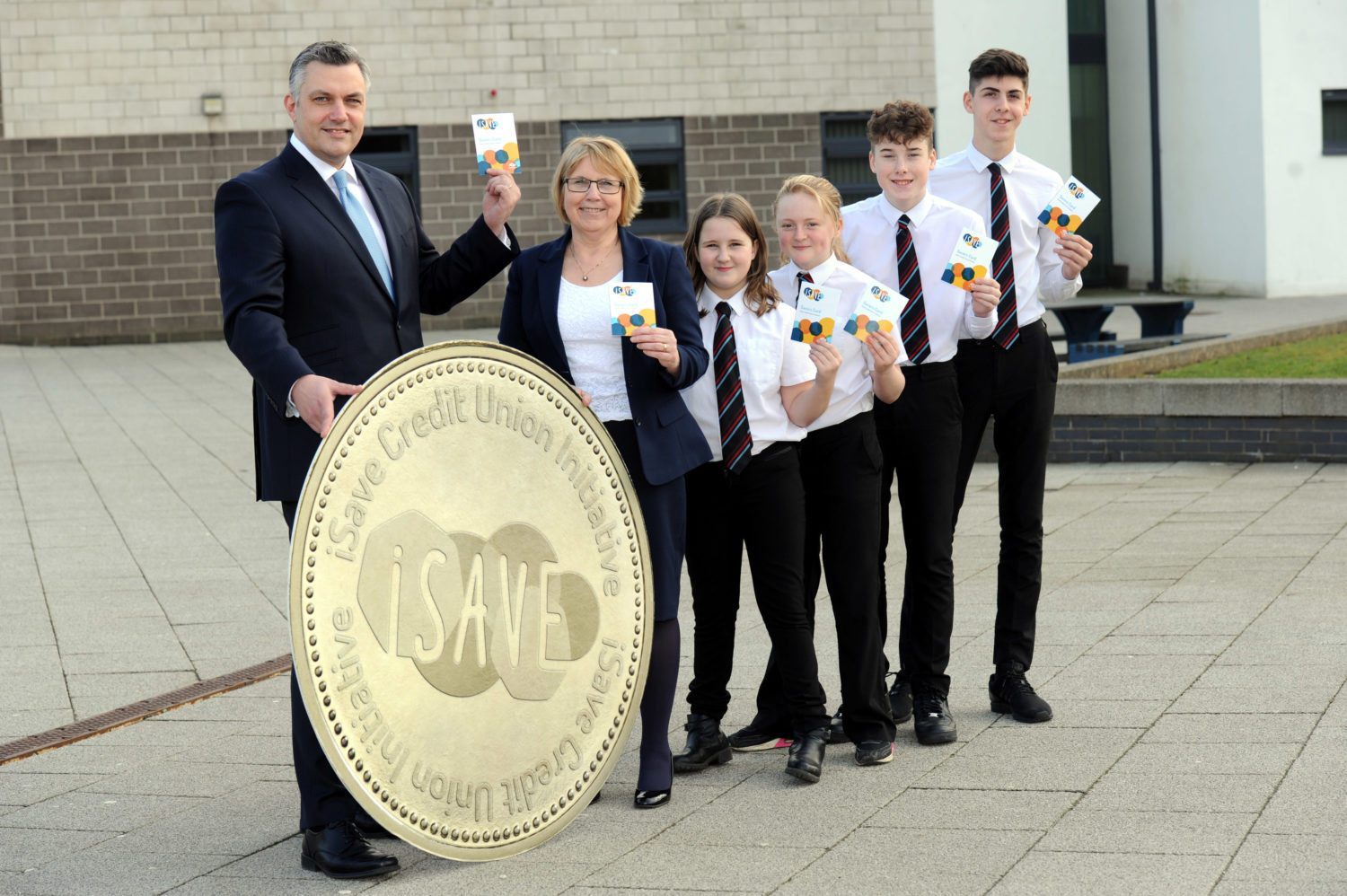 The next generation of savvy savers showed off their financial abilities to Renfrewshire Council’s Leader during his recent trip to a local school to see a new council initiative in action.

iSave – in its launch year after getting underway in summer 2014 – offers all S1s the chance to open a credit union account complete with a £10 deposit from the council.

So far, 834 super savers have been created thanks to the initiative – more than half of all Renfrewshire’s S1s.

Councillor Macmillan said: “I was delighted to see first-hand how our worthwhile iSave Credit Union Initiative is being delivered. We want to develop strong saving habits that can last into adulthood. And it’s also important for young people to have access to the valuable services that credit unions offer now, and later in life.

“Credit unions have a valuable role to play in our community by ensuring access to affordable credit and offering a reasonable and dependable alternative to high cost lenders.”

Councillor Jacqueline Henry said: “It’s wonderful news that in its launch year, more than 800 S1 pupils have signed up to iSave. It was great to see how Gleniffer High School is driving forward the financial education and on-going saving elements of the project.

“We’re about to move into the second year of iSave and parents who currently have a child in primary seven will soon receive application forms. I’d encourage everyone to sign their children up to this valuable initiative.”

Each year, pupils and their parents will be given application forms to open an iSave account as they approach the end of P7. Once they start high school, teachers and local credit unions will work with pupils on on-going savings and financial education.

Parents and pupils looking for more information about iSave should visit www.renfrewshire.gov.uk/isave or call 0141 618 4416.