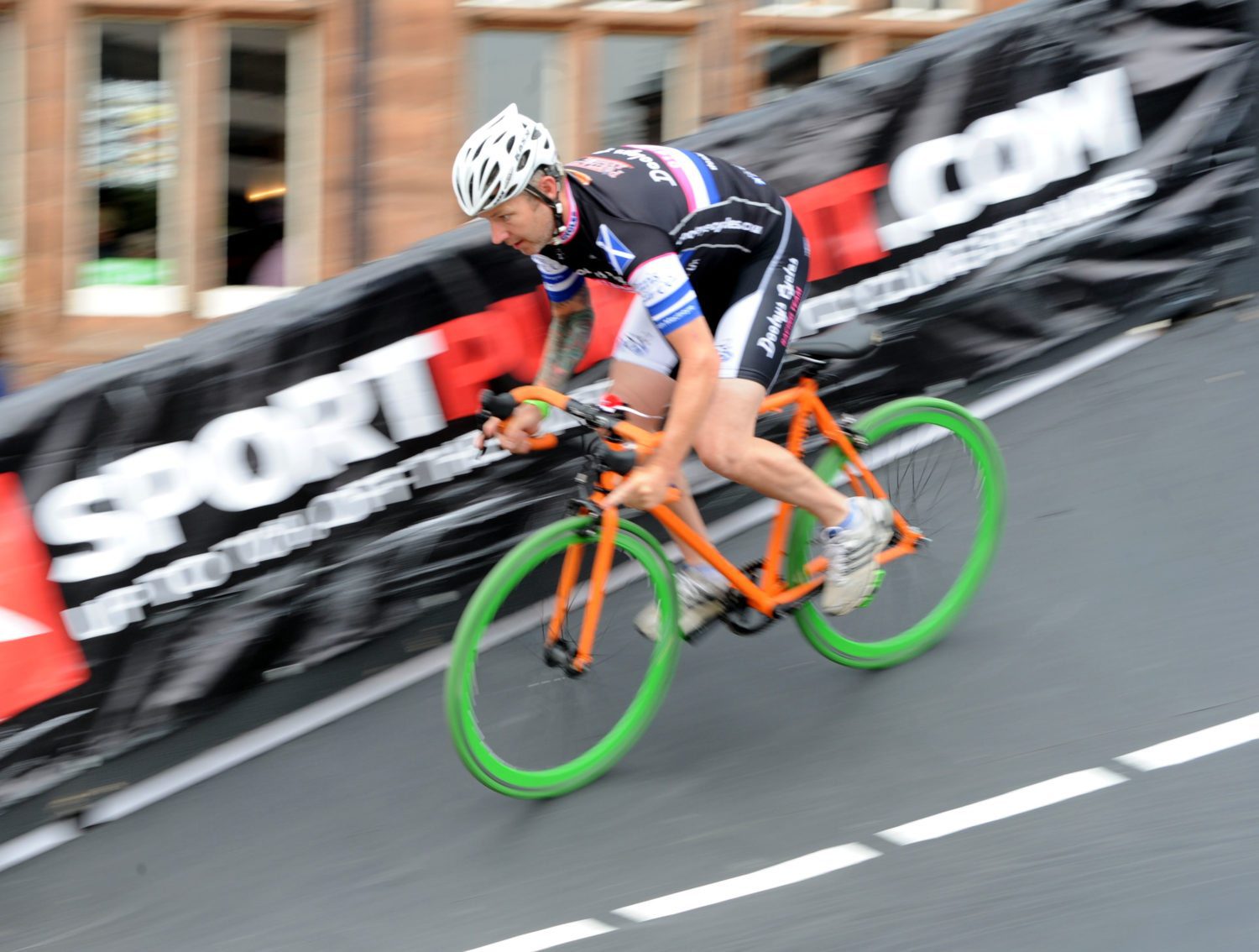 The world’s only pop-up track racing style event is on its way back to Paisley – and thrill-seeking residents are invited to get themselves in a spin.

The UK-wide Street Velodrome Series will be in County Square on Saturday 30 May for a day of high-speed racing action with some of the sport’s biggest names.

Amateur riders can sign up to race against the clock, with the fastest going into the final to be coached by and race alongside pro riders including Scotland’s Olympic and Commonwealth medalist Craig MacLean.

The event is being hosted by Renfrewshire Council, having made a successful debut last year, and includes a full day of sport-themed family fun in the town centre.

Action on the velodrome itself includes open sessions for pre-registered members of the public, a session for local community groups, and the televised final itself.

Riders can get their entries in now at www.streetvelodrome.co.uk, but demand is already high so pre-register to guarantee your place.

Street Velodrome forms the first of a double header of big cycling events in the town, with the British Cycling National Youth Circuit Race following on the weekend of 11 and 12 July.

That will give local sport fans a chance to see UK cycling’s stars of tomorrow race on a closed circuit around Paisley’s historic town centre.

Councillor Jim Harte, the convener of the council’s Sport, Leisure and Culture Policy Board, said: “We are delighted to welcome Street Velodrome back to Renfrewshire after a successful debut last year.

“We are gearing up for a summer of sport in the town centre, with a series of big events coming up which will help encourage active lifestyles.

“Our already-successful town centre events programme is getting bigger and better all the time, bringing tens of thousands of people into the heart of our towns every year, with all the benefits that brings for local traders.

“That process is taking place as part of a wider push to use events, culture and heritage to drive the regeneration of the town, leading up to a bid for UK City of Culture in 2021.”

Carl Thompson, Street Velodrome Series Director, added: “We are so excited about coming back to Paisley. The track in County Square last year proved to be very quick and gave us some great close racing.

“This year’s event will see the launch of our National Street Velodrome Kids’ Series. So we’re looking for the cycling talent of the future to come along to Paisley on 30 May or pre-register now and take part.”

Other events set to take place in Renfrewshire this summer include: Sma’ Shot Day on Saturday 4 July, the Paisley Pipe Band Championships on Saturday 18 July, plus the Fire Engine Rally in Johnstone’s Houstoun Square on Saturday 15 August, and the Paisley 10k on Sunday 30 August.

Winter will see the return of the 10-day Spree festival as well as the regular Halloween, fireworks and Christmas Lights Switch-on events.

For more information on any of the above, visitwww.renfrewshire.gov.uk/events

Glasgow News? Daily Updates part of our network
Orchestra to take over Paisley for one-off gig

Paisley 10K and Fun Run returns for 2015
Scroll to top