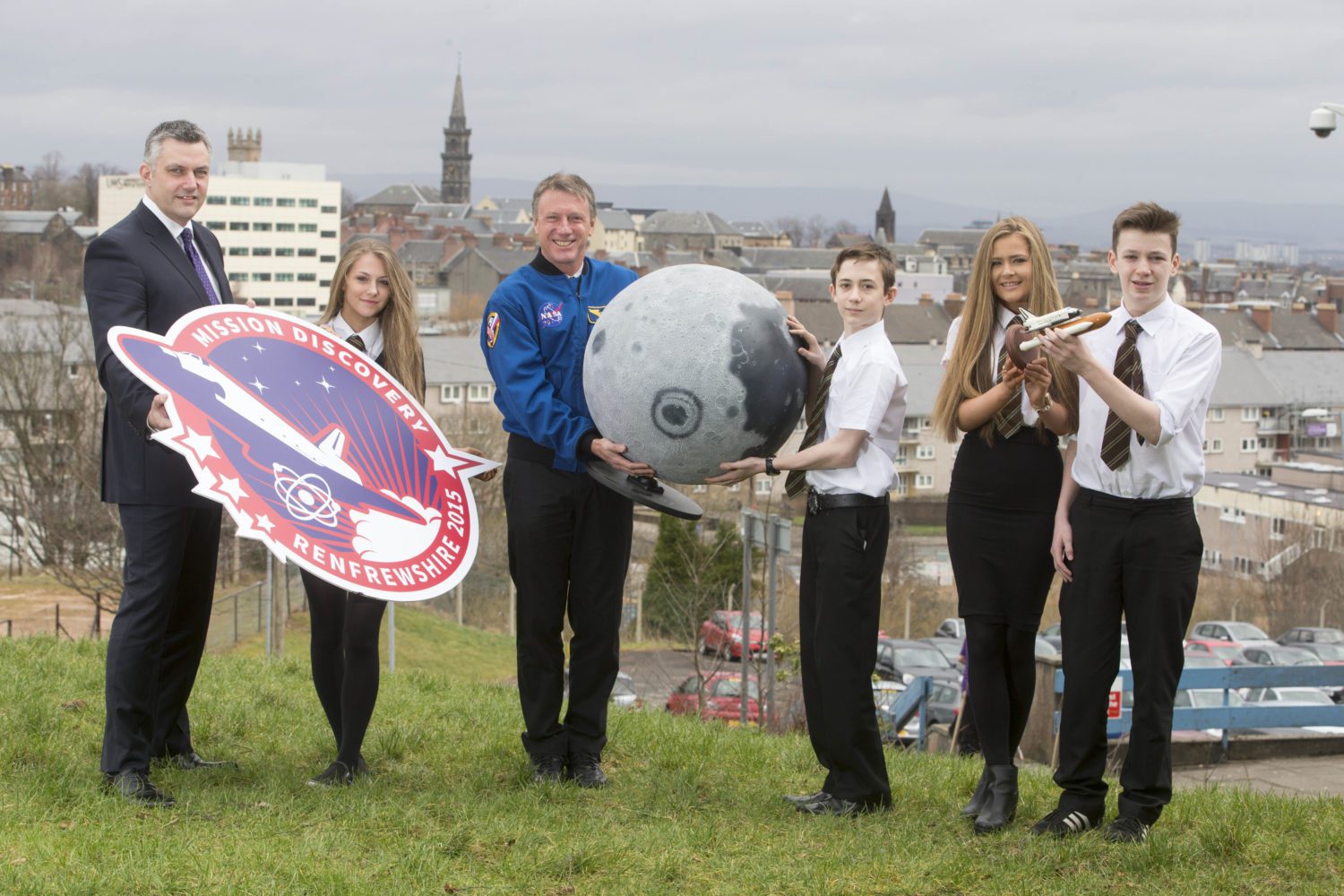 [vc_row][vc_column width=”1/1″][vc_column_text]Britain’s most famous astronaut Mike Foale visited a Paisley school on a mission to inspire young people interested in careers in the space industry.

The pupils got to hear first-hand what it’s like to visit space and also had the opportunity to put their questions to the ex-NASA astronaut.

Mike, who was the first British person to perform a space-walk during which he saved the Hubble Space Telescope, made the visit to launch Mission Discovery Renfrewshire 2015.

The week-long space school will see up to 200 young people working alongside former NASA astronauts, rocket scientists and astronaut trainers to develop experiments to be carried out in space.

Mike Foale said: “I think it’s really important that astronauts like myself who have had the great privilege to fly in space and achieve their dreams get the message out about the opportunities for young people when they are in school and to get across that the choices they make now can play a big part in the careers open to them later.”

Ava Wright, one of the third year pupils who got to hear the talk, said: “I thought it was amazing to see a British person who has gone into space. It made me realise that it’s something I could do when I’m older.”

Thomas Crombie, also in third year, said: “It was really interesting to see someone who has been in space and to get their first-hand account of what it’s like.”

Mission Discovery has only been held in Scotland once before, also in Paisley in 2014.

Renfrewshire Council Leader Mark Macmillan said: “Mission Discovery is one of a range of programmes we are working on to inspire and encourage young people who are interested in careers in science and technology. This was an amazing opportunity for some of them to meet a real life astronaut in person and put their questions to him, making a career in space a much more realistic idea for them. Hearing Mike speak about his experiences was really inspiring and the response from the pupils was fantastic.”[/vc_column_text][/vc_column][/vc_row]