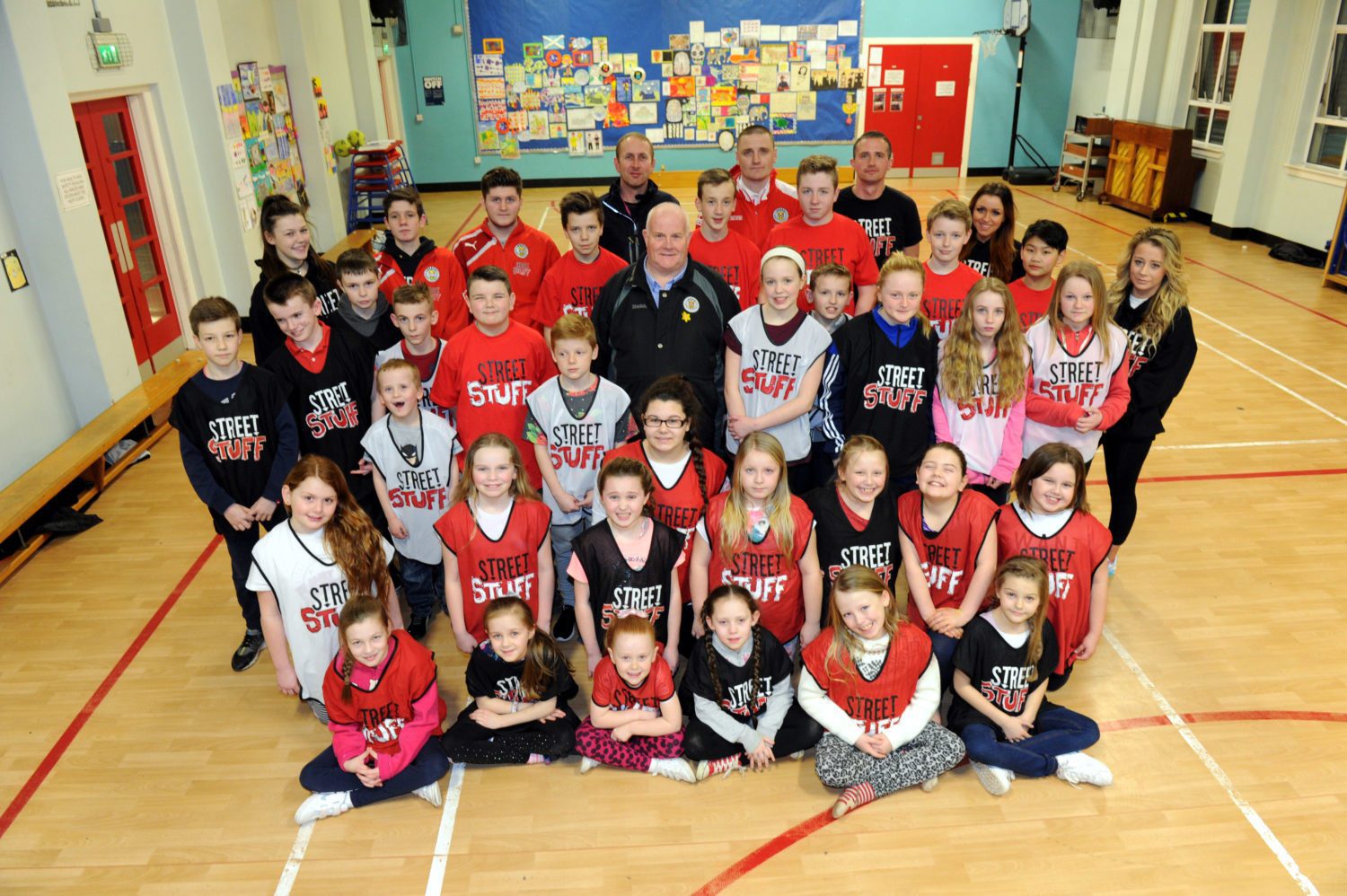 An award-winning activity programme for young people in Renfrewshire is getting more girls involved thanks to the introduction of a new class.

Dance sessions at St Peter’s Primary in Glenburn are proving to be a great success.

The new sessions are attracting more than 40 youngsters a night – in addition to the regular high turnout for indoor football.

“They told us that dance sessions would be popular so we introduced them and they have gone really well.

“On some evenings, there are now more girls than boys.

“The important thing is that more and more boys and girls are choosing to get active and doing something positive with their time”.

Street Stuff was set up four years ago offering evening football sessions and ‘The Box’ – a mobile gaming and activity centre – for young people aged 10-18 in Renfrewshire.

Since the programme was launched in 2009, reported incidents of youth disorder and antisocial behaviour in Renfrewshire have dropped by 75%.

A full programme of Street Stuff activities can be found at www.renfrewshire.gov.uk

Paisley Beer Festival is back…with a difference
Scroll to top