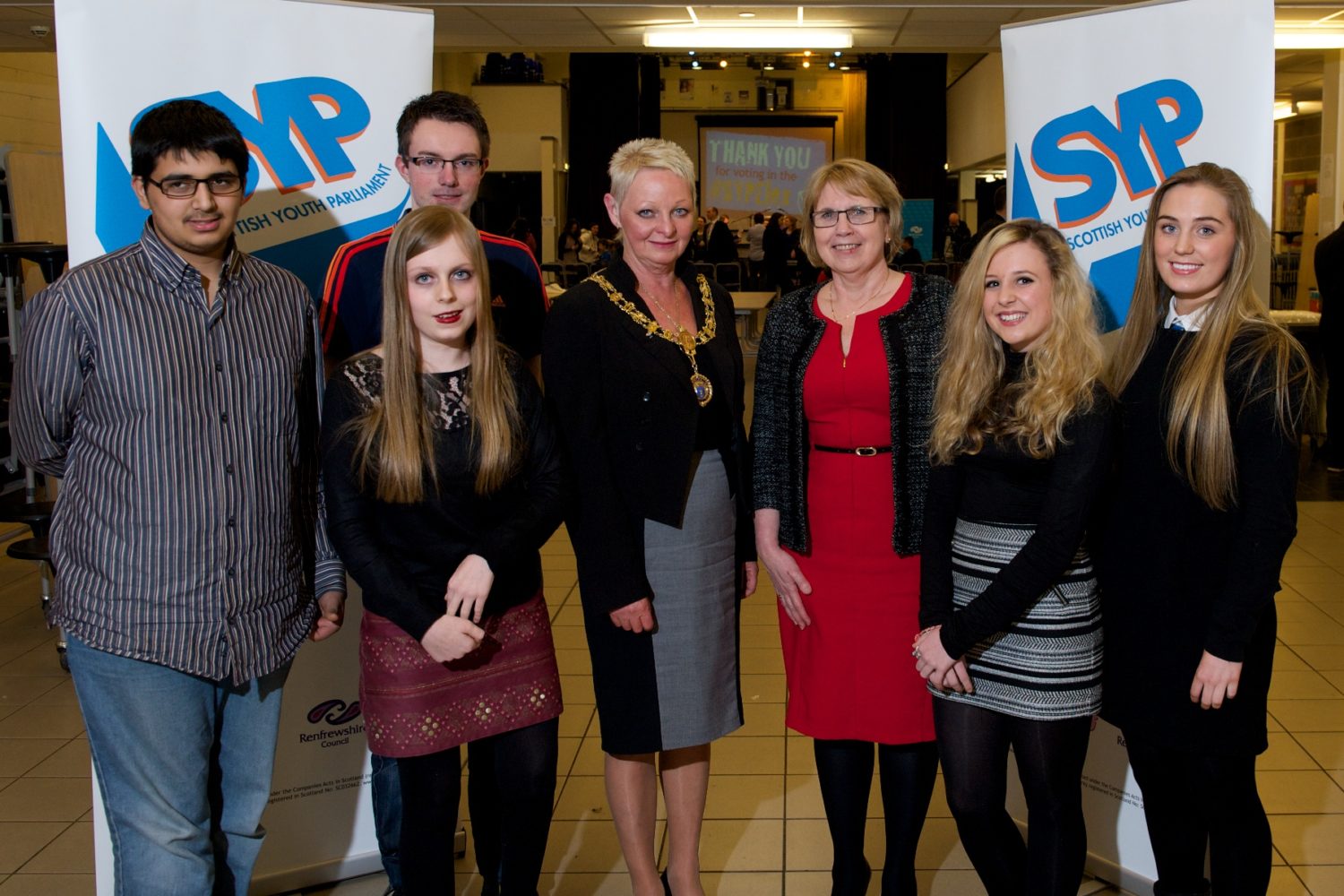 Thousands of young people turned out to vote in the Scottish Youth Parliament elections in Renfrewshire.

Almost 6,500 voters cast their vote online and in polling stations in schools, University of the West of Scotland, West College Scotland and Renfrewshire House, an increase of nearly 700 votes from 2013.

Ten candidates stood for election across the three constituencies. Only five can be elected as Members of the Scottish Youth Parliament for its next two-year term – two will be returned for the Paisley constituency, one for Renfrewshire South, and two for Renfrewshire North and West.

The successful candidates were:

Councillor Jacqueline Henry, Convener of Renfrewshire Council’s Education Policy Board, said: “I would like to congratulate the newly-elected MSYPs, I know they will do a great job representing Renfrewshire’s young people.

“Young people are continuing to be engaged in the democratic process and the Scottish Youth Parliament has been no different. I am really pleased to see almost 6,500 young voters turn out to the polling stations to place their vote.

“All the candidates have worked really hard, campaigning in schools, higher and further educational establishments. I would like to thank them for getting involved in the Youth Parliament and hope they continue to be involved in local youth forums, such as Renfrewshire Youth Voice.”

The next meeting of the Scottish Youth Parliament will take place on Friday 20 March in Edinburgh. This will be the first opportunity for the MSYPs to debate and decide on what campaigns they will be working on during their term.

Previous successful campaigns include Love Equally, which contributed to the Equal Marriage bill and Care.Fair.Share, which increased support to young carers in Renfrewshire when local MSYPs successfully lobbied the council.