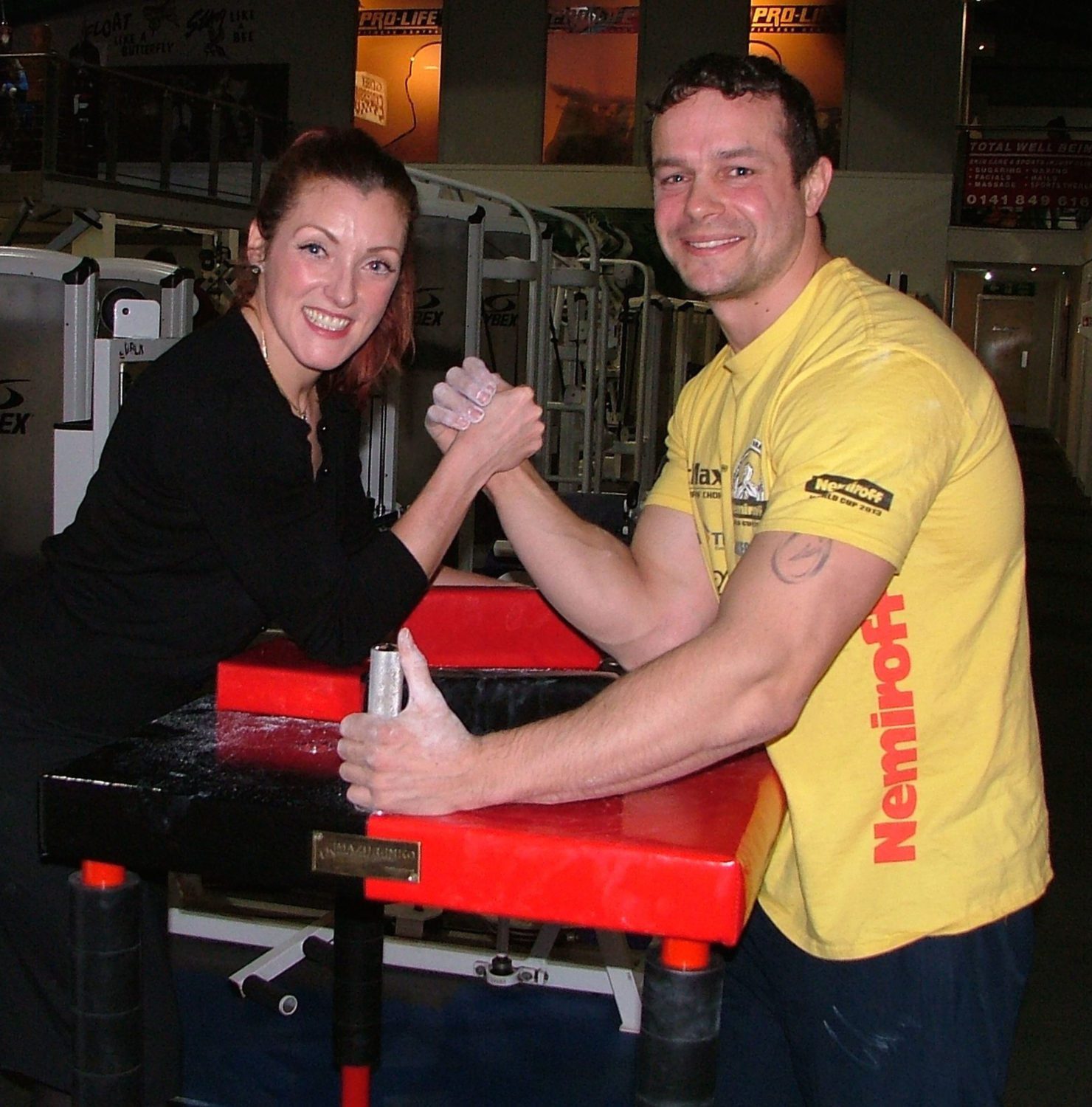 Scottish arm wrestling champion Sean Paterson is a man on a mission – to win more titles and bring the British title back to his home town.

He is already in training to defend his Scottish title and hopes to move up to number one in Britain this year.

He knows it won’t be easy but is up for the challenge and is looking for some big-hearted businessman to come up with sponsorship to help him on his way.

Sean, 36, who lives in Kilpatrick Avenue in Paisley, is being backed by Renfrewshire Sport Charity in his bid and trains almost daily at the Pro-Life Fitness Centre which they run.

The charity has pledged sponsorship to help Sean achieve his goal but the successful Buddie is still looking for another major sponsor to help him out with costs for travelling and competing.

Sean says it’s tough to find sponsors as the sport –which is big in Poland, Russia, Eastern European countries and America – just doesn’t have the same support and high profile here.

Sean, who took up the sport four years ago, said: “It was great to lift the overall Scottish title and then come second in the British right and left arm 85 kilos.

“I would love to go on and win that one this year and keep my Scottish title so I really can’t let up on the training which is quite specialised.

“When most people think about arm wrestling they think it all comes down to how strong you are or how strong your arms are. Grip strength and forearm power is needed, but technique plays a huge part as well.

“Big guys get beat by people like me – half their size – because their technique isn’t good enough.  I come to Pro-Life and do weights and bench presses, pulling exercises.

“Arm wrestlers need to do specific kinds of training workouts that can really help your skills and bring power into your arms.

“I’ve developed a lot of my own training exercises and forearm routines and they seem to be working well for me.”

Gayle Brannigan, chief executive at RSC, said: “Sean has been part of the Pro-Life family for years and we are all delighted with his success and right behind him as he goes on to achieve even more.

“The charity strives to support Renfrewshire’s sporting stars and we will do whatever we can to help Sean out. I just hope someone else comes along too to join us in making sure a champion we should all be proud of has the backing he needs.”

Hundreds of Pro-Lifers have been queuing up to challenge good sport Sean including another Scottish hero – boxing champ Kris Carslaw – and some of the mighty Trojans American Football team.

And he will take them all on again later this year to raise money for charity.

If you can help Sean with sponsorship email seanpaterson78@hotmail.co.uk

Glasgow News? Daily Updates part of our network
Watch a rare astronomical event through the telescopes at Coats Observatory