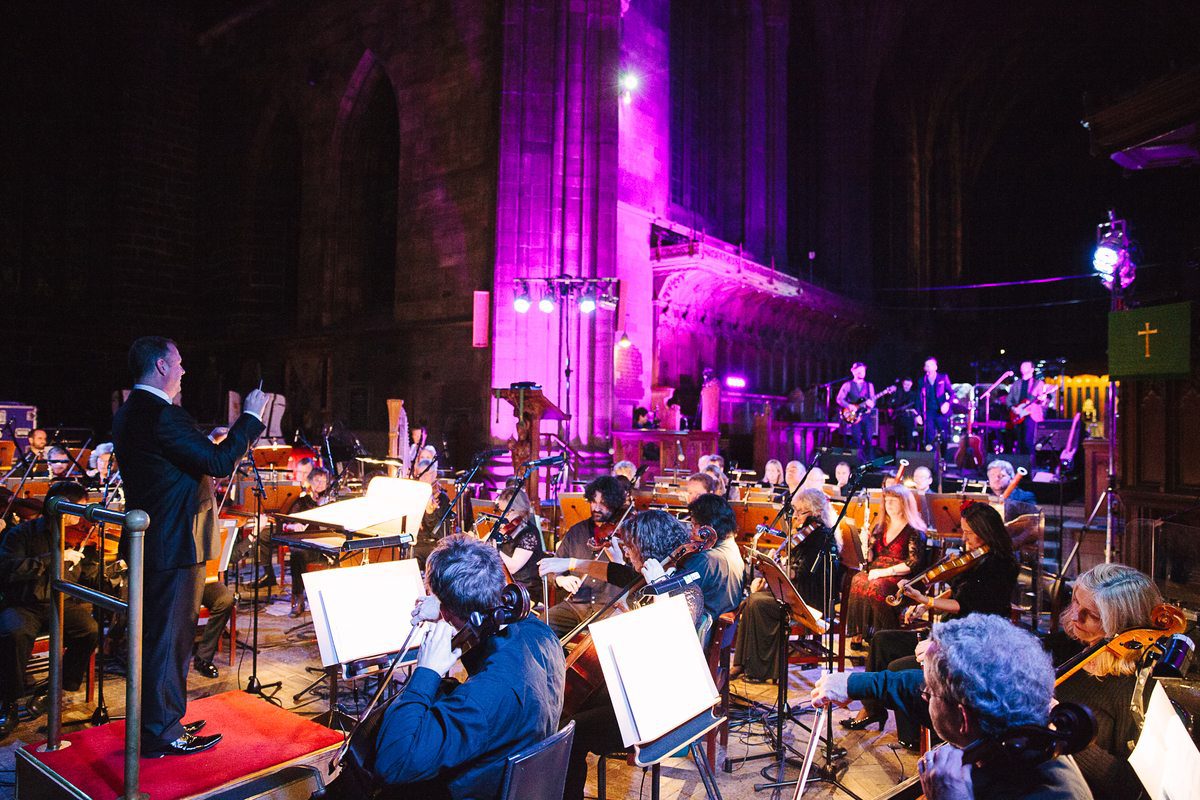 Paisley’s young people will get a once-in-a-lifetime chance to plan, programme and perform a spectacular concert in the town alongside some of the country’s finest musicians.

Around sixty local young people will work with the Royal Scottish National Orchestra across every aspect of the gig as part of an intensive work experience project.

The Paisley Takeover programme is being funded by Renfrewshire Council as part of the build-up to the town’s bid for UK City of Culture status in 2021.

Young people with an interest in the music industry can apply to take part and successful applicants will be assigned a ‘job’ according to their skills and interests.

Up to 25 will play alongside RSNO musicians during the concert, with two participants to conduct the full orchestra alongside the RSNO’s Jean-Claude Picard.

There will also be opportunities in areas including stage management, sound engineering, event planning and marketing for the concert, for which the date and venue is still to be decided.

Some of the young people will run the engagement and learning aspect of the project, working with the RSNO to deliver one-hour musical workshops to more than 500 primary school pupils around Renfrewshire.

To be a musician in the gig, the young people must already be able to play a strings, brass, woodwind or percussion instrument at grade 7 or 8 standard.

The aim is to engage young people in cultural activity and boost their job and life skills. Details of how to apply will be announced soon.

Renfrewshire Council has already worked with the RSNO during the town’s Spree festival over the past three years, with the orchestra playing alongside contemporary music acts for a series of well-received sold-out gigs in Paisley Abbey.

Council Leader Mark Macmillan said: “This is a once-in-a-lifetime chance for our young people to work with world-class musicians on a project which will boost their confidence and job chances.

“Hopefully it will help kick off careers in the music industry for some of them – and who knows whether the next Gerry Rafferty or Paolo Nutini will be within their ranks?

“This is just one of many great projects which will be taking place around the town as we prepare to submit our bid in two years’ time for UK City of Culture 2021.

“That bid is part of a wider push to use and develop the town’s existing cultural and heritage assets to help drive regeneration and tourism.

“There is no question that Paisley is fast establishing itself as a key destination on Scotland’s cultural map.”

RSNO Director of Learning and Engagement Jenn Adams: “Having opened our doors to an influx of enthusiastic young people for the first time last year, we are delighted to once again giving them the chance to run one of Scotland’s busiest performing arts organisations, on this occasion working in the Paisley area.

“It will provide valuable experience to those seeking to pursue employment in the arts, and is intended to be challenging, stimulating and fun.

“You never know – we may very well have a future RSNO conductor or Chief Executive among our group.”

Glasgow News? Daily Updates part of our network
Fantastic entertainment in the Hoose this weekend