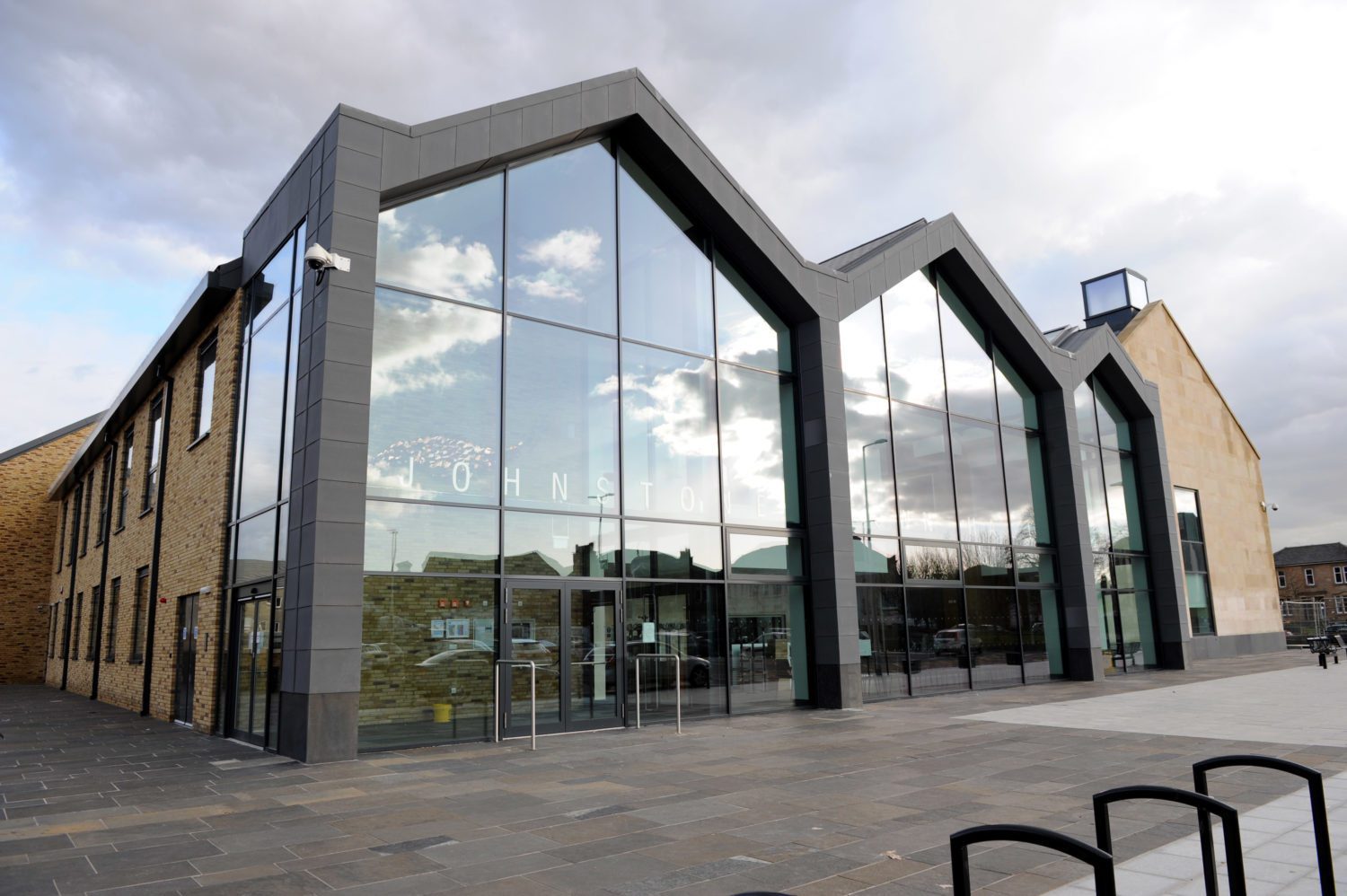 The long wait is almost over…Johnstone residents will this week be able to see inside their new £14.5m town hall when the building opens to the public for the first time.

And these pictures offer a sneak glimpse inside the state-of-the-art facility, which is set to be the centrepiece of life in the town for generations to come from Monday 23 March.

The striking glass-fronted structure has already been declared a winner – having been named Public Building of the Year at the Scottish Property Awards 2015.

As the pictures show, it has been designed with a central ‘high street’ off which sits the main hall and theatre space, the new Johnstone library, a coffee shop and meeting and conference rooms.

The ground floor also contains a ceremony suite and bases for Police Scotland and Macmillan Cancer Support, while offices for Renfrewshire Council staff and a dance studio are upstairs.

The building won’t be fully operational until later this year but Monday marks the start of a phased rollout of services, including the library, main reception and customer service centre.

Staff from the council’s housing department and Advice Works service will be in their new offices from that day, having moved from Floors Street and Collier Street.

Their colleagues from the council’s social work service will still be based in Floorsburn House for another week, and will move into the new building on Monday 30 March.

The registrars’ service will still be based in McDowell Street until 10 April before it moves to its new home in the ceremony suite.

Councillor James Harte, convener of Renfrewshire Council’s Sport, Leisure and Culture Policy Board, said: “The project has been completed on budget and on schedule and we are thrilled to finally be able to open the doors.

“Johnstone residents have watched the new building rise from the ground over the past two years and this week will be their first chance to have a look around.

“The council has made a massive financial commitment to the project to help drive the regeneration of Johnstone and the building has changed the face of the entire town centre.

“It has already won awards for its design and build – and I am sure the public will be as impressed by the building as the judges at the Scottish Property Awards were.

“Ultimately the residents of Johnstone are the ones who matter most – the building was shaped by them and built for them, and I am sure they will make great use of the modern facilities within it.”

Council leader Mark Macmillan and Provost Anne Hall will visit the building on the day it opens to meet some of the first visitors through the door, with an official opening ceremony to take place later this spring.

For more information about the building or to make a booking, call 0300 300 1210 or email eventhires@renfrewshire.gov.uk