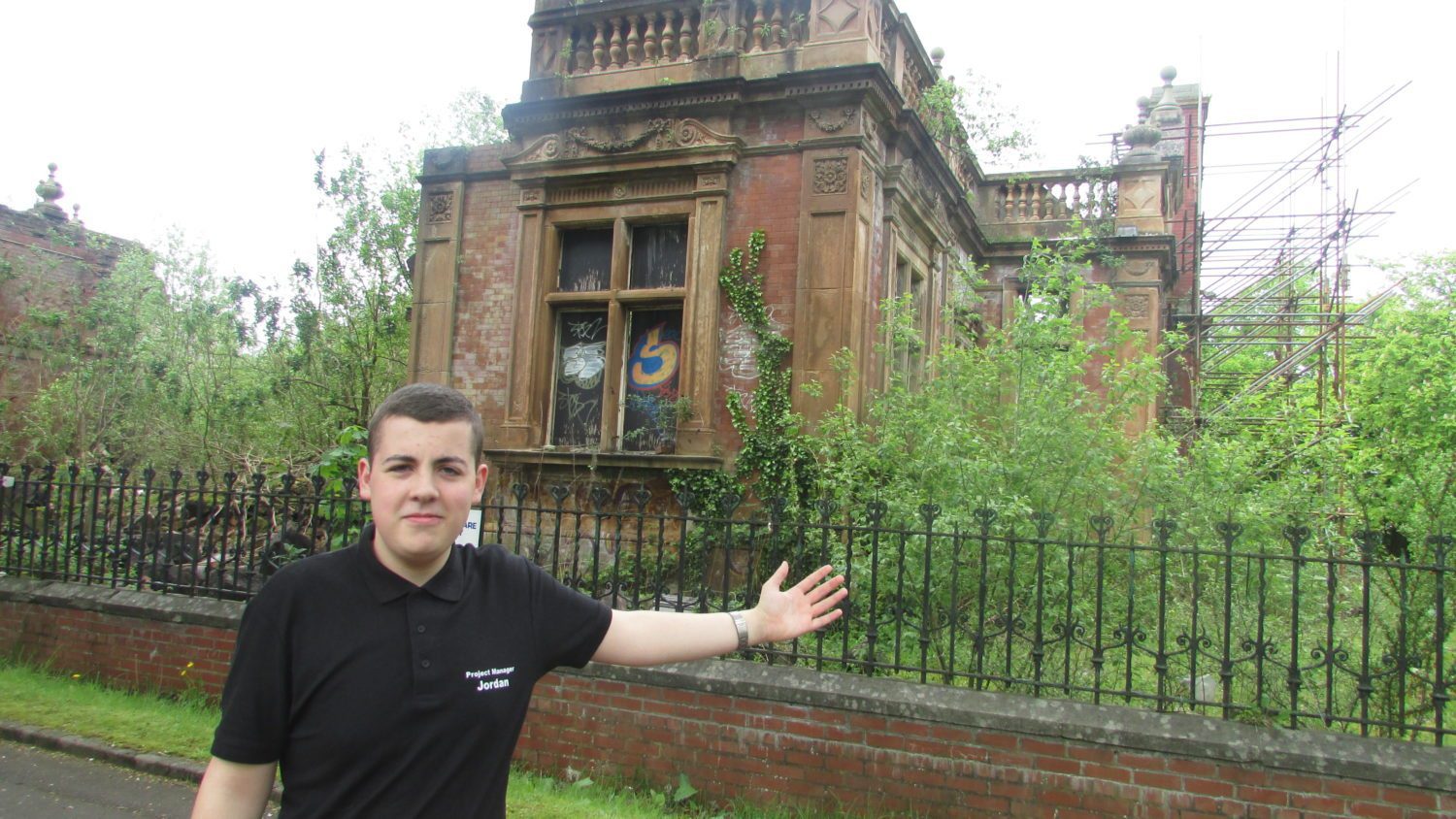 [vc_row][vc_column width=”1/1″][vc_column_text]Renfrewshire Environmental And Restoration Group (R.E.R.G) and members of the Community are battling to save one of Paisley’s Historic Buildings – The Ferguslie Mills Half Time School, A building which is B Listed and in its day was one of the most impressive pieces of architecture in the World but now lays with scaffolding holding it up.

This Building has been left to decay and rot since a fire savaged through the Building in 1997, before this it was a Gem in Paisley’s Crown of Historic Building with many uses over the years from Education the Mill Lassies, A canteen for the Mill Workers to most recently a Social Club. It’s Fine architecture and style was created by Woodhouse and Morley, Who also designed the No 1 Spinning Mill, In 1983 the Half Time School was described by the Organisation ‘Save Britain’s Heritage’ Their Best Work surviving though this is no longer the case !  Many Developers have promised to Develop the site but these promises have never came true and its time we step in and take action to Save our Heritage before it’s lost forever – These  Buildings cannot be replaced once they have gone.

The Organisation is proposing a Buy Out of the site to restore the Building back to its former glory and giving it a new uses, in order to Save what is one of the few remaining Buildings left of the Ferguslie Mills Site. This Building has been part of a Long Saga of false promises by Developers and those promising action which has never been forthcoming and now the building lies in a State of ruins with no restoration insight from these Developers.

Project Manager Jordan McPhail told the Paisley.org.uk website: “This B Listed building has been allowed to decay for 17 years ago and we want to save it before it’s too late and there’s nothing left to save.

“Many developers have said they’ll do something positive with the site but nothing has happened and it’s now time for the community to step in and take action.

“We must save our heritage before it’s lost forever.

“Buildings like the Half-Time School can’t be replaced once they are gone, this is one of only a handful of examples in Scotland. It is believed to be the only purpose built Half Time School

“What we are proposing is to raise enough money to buy the building and the land and then return it to its former glory, with new uses.”

The Buy Out  will secure the Buildings future and be a real boost the Local Area, Creating Jobs and Apprenticeships. The Building will be Multi Use and Will be a great asset to the People of Paisley and Renfrewshire once restored. Currently we urgently need support from the People Of Paisley to carry out such a task and save it – As it may not last another winter being exposed to the elements. If you are interested in getting involved please contact us via Facebook or email us at enquiries@rerg.co.uk [/vc_column_text][/vc_column][/vc_row]

Glasgow News? Daily Updates part of our network
Daisy dispels the fear of birth…one positive movement at a time