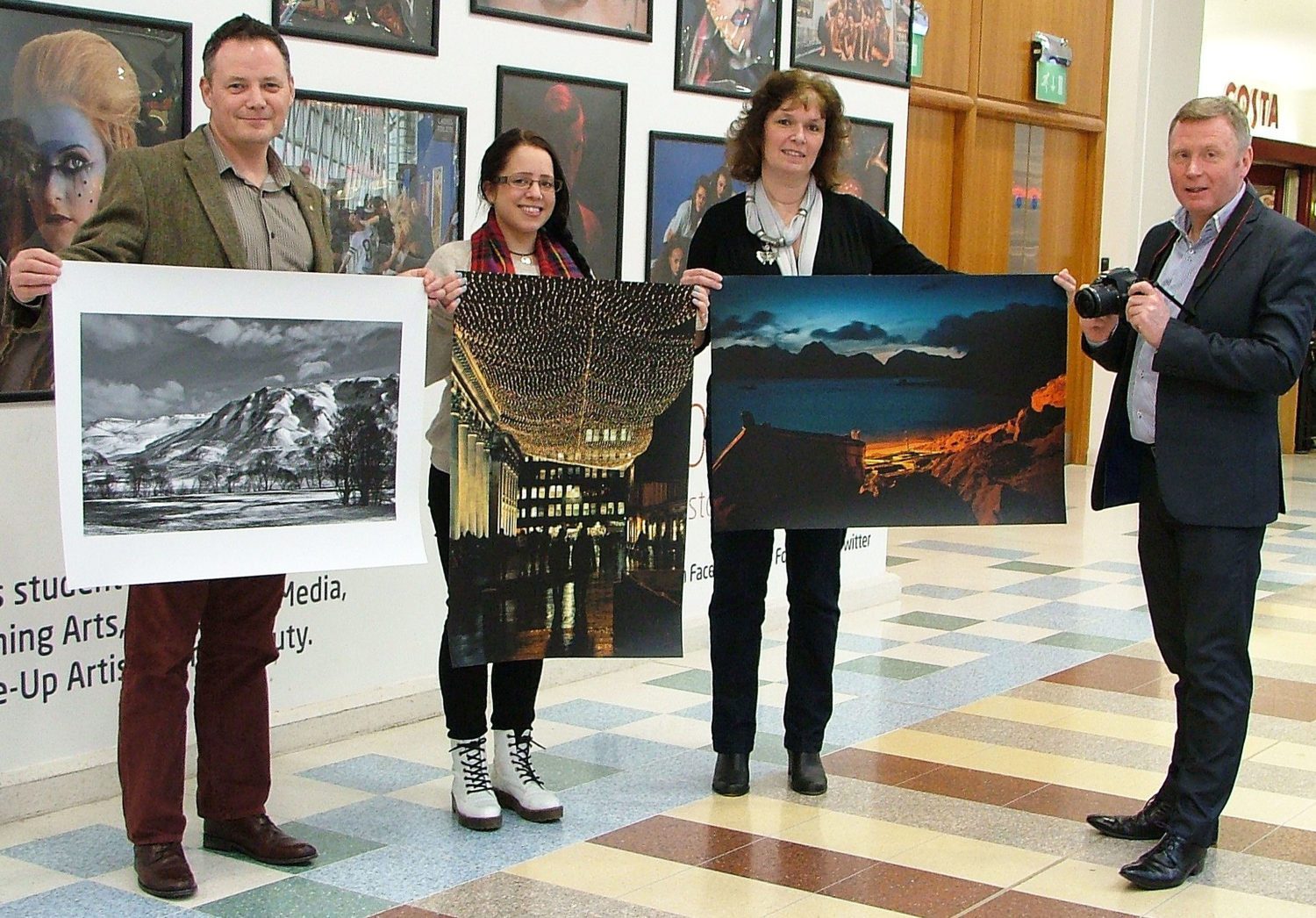 [vc_row][vc_column][vc_column_text]THE boss at intu Braehead has put three students in the frame as being top photographers.

The trio of snappers doing the photography course at West College Scotland were chosen by the mall’s general manager as prize winners in a competition, which has seen dozens of photographs being put on display in the busy mall.

First place went to George Plu for his photograph of snow-covered hills at Newton Stewart, in Dumfries and Galloway; and runners-up were Susan Soutar, 48, with a photograph of a sunset in the Isle of Skye and 24-year-old Kirsty Thompson who photographed Royal Exchange Square, in Glasgow.

Head of Photography at West College Scotland, Robert Tabor said: “Students work on lots of different photographic projects and for so many people to see their work is a real boost to them.

“Recognition for their efforts is going to build their confidence as photographers and we can’t thank intu Braehead enough for displaying our students’ photographs.”

The photographic competition winner received a £100 gift card and £50 gift cards were presented to the runners-up.

Gary Turnbull said: “The standard of photographs from the students is extremely high and the display of their pictures in the lower mall – which is changed every month – has attracted a lot of attention from shoppers passing by.

“The public should get the chance to see a display of the fine work being done by the photography students at West College Scotland and we’re delighted to make this happen.”