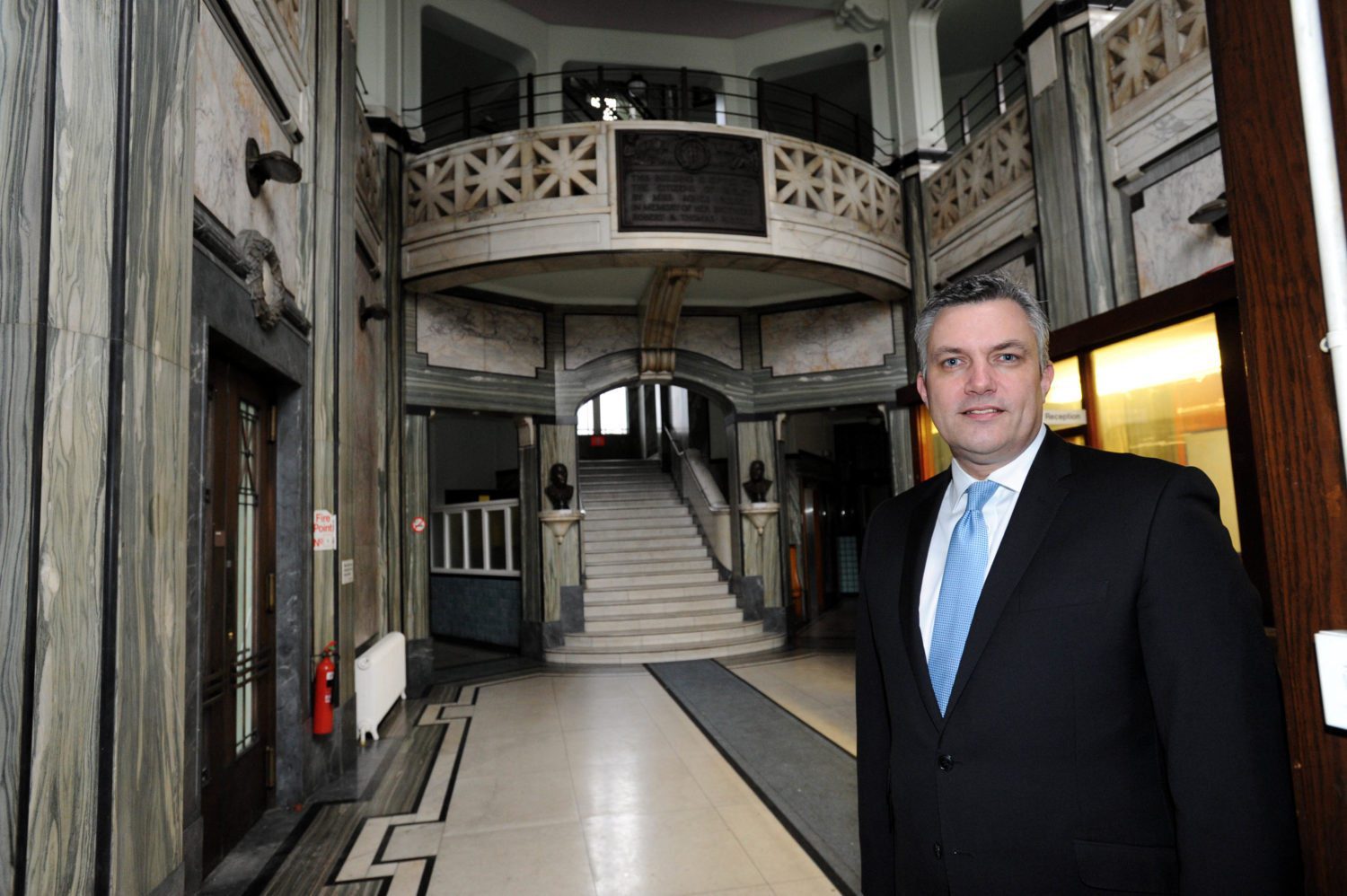 [vc_row][vc_column][vc_column_text]Plans to bring one of Paisley’s architectural treasures back to life have reached a major milestone with Renfrewshire Council officially taking ownership of the A-listed Russell Institute and signing up a long-term tenant.

Council bosses last week completed the transfer of title deeds for the former health centre from the NHS, having previously agreed to rent most of building to Skills Development Scotland.

The council will now lead a £4.5m project to turn the iconic building – empty since 2011 and in need of major internal refurbishment – into modern office space.

It is expected that by summer 2016, SDS will move in as anchor tenants of the new training and employability hub, bringing around 80 new jobs into the town centre.

Staff from the council’s Invest in Renfrewshire scheme to tackle unemployment will also move into the revamped building.
The refurbishment work is being funded by the council, the Scottish Government’s Regeneration Capital Grant Fund and Historic Scotland.

The council will soon appoint a contractor for the restoration, which will see a number of employment opportunities for local residents.
Renfrewshire Council Leader Mark Macmillan was given a tour of the building this week after agreeing a heads of terms agreement which will see SDS lease part of the building for 10 years.

Councillor Macmillan said: “The Russell Institute is one of the most magnificent pieces of architecture in a town centre which has no shortage of landmark buildings.

“Council staff have been working away for a couple of years now on a plan to bring it back into use and we are delighted that is now coming to fruition.

“A year ago we unveiled a set of ambitious proposals intended to use Paisley’s outstanding heritage and cultural assets to transform the area’s future.

“The progress on the Russell Institute is one of the first visible signs of that transformation on what will be an epic journey of regeneration for the town.”

The building is notable for the distinctive bronze and stone sculptures on the exterior walls.[/vc_column_text][/vc_column][/vc_row]

Glasgow News? Daily Updates part of our network
Renfrewshire tots get on board PlayTalkRead bus