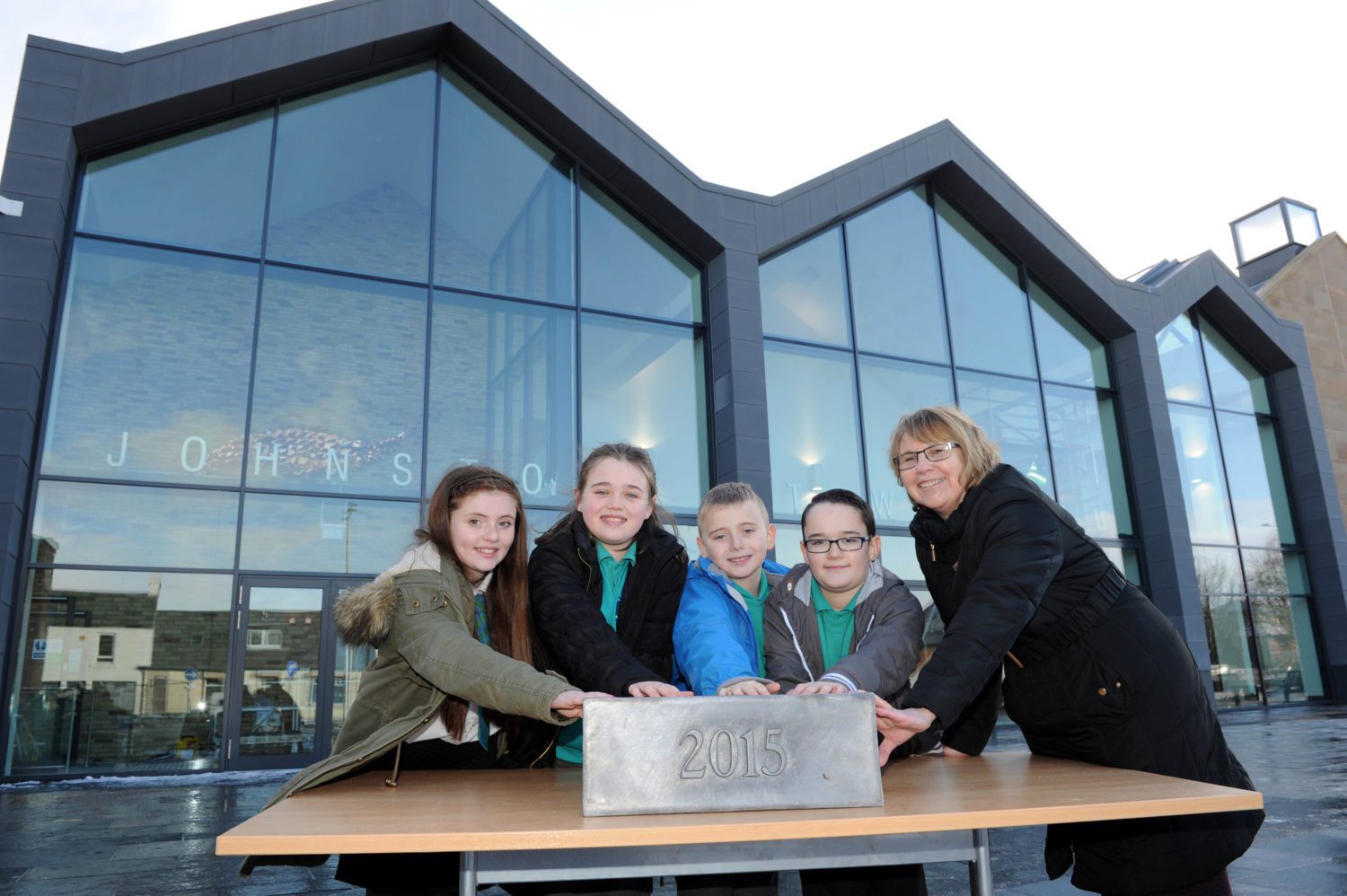 [vc_row][vc_column][vc_column_text]A group of schoolkids went back to the future by planting a time capsule inside the soon-to-be-opened £14.5m Johnstone Town Hall.

The pupils from local schools placed a series of items – including school ties and shirts, coins of the day and profiles of themselves – inside a lead container, now buried under the paving outside the new building.

Workers are currently putting finishing touches to the state-of-the-art development, which is set to open to the public in spring, and be fully operational later this year.

The building will also be home to council housing and social work staff, as well as offices for Police Scotland and Macmillan Cancer Support.
The striking glass-fronted building is being taken forward by Renfrewshire Council as part of its ongoing plans to regenerate the centre of Johnstone.

Last year it was named on a four-site shortlist for the Public Building of the Year honour at the Scottish Property Awards, with the winner to be announced in March.

She said: “The new town hall has been designed with future generations of Johnstone residents in mind – so it was fitting that local schoolchildren got the chance to create their own little bit of the building.

“There will be huge educational benefit for pupils once the building is open, with a new library – including fully equipped IT suite as well as books – just one of the facilities on offer.”

Councillor James Harte, convener of the council’s Sport, Leisure and Culture Policy Board added: “The building itself is bright and modern and looks stunning inside – and will be the centrepiece of life in the town for years to come.

“The council has made a big financial investment in the building as part of our commitment to regenerate our town centres and we think the finished product looks worth every penny.”

Glasgow News? Daily Updates part of our network
A magical, musical adventure is on its way to Paisley!