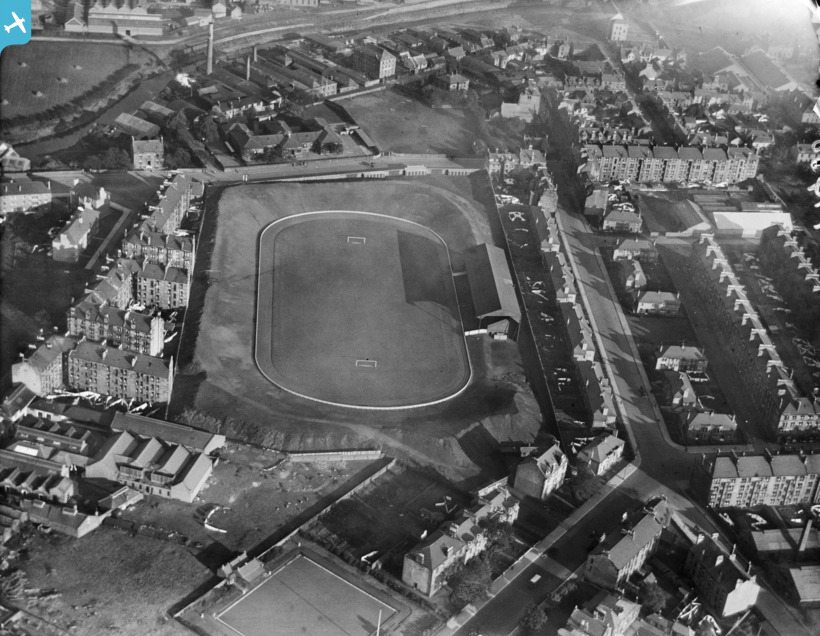 A former fan of the ill-fated Paisley speedway team is hoping to re-unite fans and riders in a unique event which will be held later this year in the town.

Houston man Bill Elliot, who was an active member of the Paisley Lions Supporters Club in 1975 and 1976, when the speedway team raced around the track of the old St Mirren football ground in Paisley, is staging a 40th Birthday Party to celebrate the anniversary of speedway bikes first appearing at the venue.

He said, “We held a very successful Reunion back in 2011 when we brought together fans and riders for the first time since the track folded in 1976, and a few folk had since suggested that another event would be worth holding, particularly as it’s 40 years in 2015 since the first meeting,” he said. “I’m still in contact with many of the team who are scattered around the world, and these days it isn’t too difficult to get in touch, and I’ve been delighted with the response I’ve had so far, as while it’s a simple enough job for local former followers of the Lions to come to Paisley for a reunion, there’s a slightly more significant logistical problem facing some of the former riders, not to mention the financial implications of coming from the other side of the world!”

“However, the riders within the UK have indicated they’ll be there, a few of our Antipodean Lions have already committed to jumping on a plane and getting here, and I’ve also had other Scottish speedway personalities enquiring about the date who’ve said they’d like to attend the event if they’re free on the night. I’m also hoping that a few of the folk who were maybe on the track staff, or rode in the second halves at Paisley, might take the opportunity to come to the event and, like the rest of us, remember all the laughs and fun we had while the Lions were at Love St. A few have been asking about Allan McCall, who never quite made it into the team, but rode in the second halves, and who one night was obliged to abandon his bike mid race when it split in two, and Johnny Rodger, a local lad who again took part in the second halves, and I’d really like to hear from them and the others who helped make Saturday nights at Love St something special!”

Former promoter Neil McFarlane also endorsed the event by commenting, “We had some fabulous times at Love St in the two years that the Lions raced there. We had a terrific reunion about 4 years ago and it was a wonderful night, linking up again with riders, fans, and friends that we hadn’t seen in a very long time, and remember a few of the stunts we got up to then. I’m now domiciled in Spain for a good part of the year but there’s no way I’m going to miss the night, and I’ll be there!”

Bill finished by saying,“The last get together was a memory evoking evening as friendships going back forty years were renewed, and this time is going to be no different, particularly with a few of our farthest flung team members already saying they’re booking a few weeks off work, getting their flight booked, and linking up with us again, so there’s every likelihood of it being an even better night than it was first time around. I’m interested in hearing from “Love St Lovers”, as supporters were called at the time, who want to come to the event, and they can reach me by phone on 07854 724184, or by email on bettens6@talktalk.net.”

“The Paisley Lions meant an awful lot to a great deal of people in the area, so this is a chance, which might not be repeated, for them to re-live some of the best memories of their formative years.”

Pinnacle Training; Courses in the Community
Scroll to top
Go to mobile version