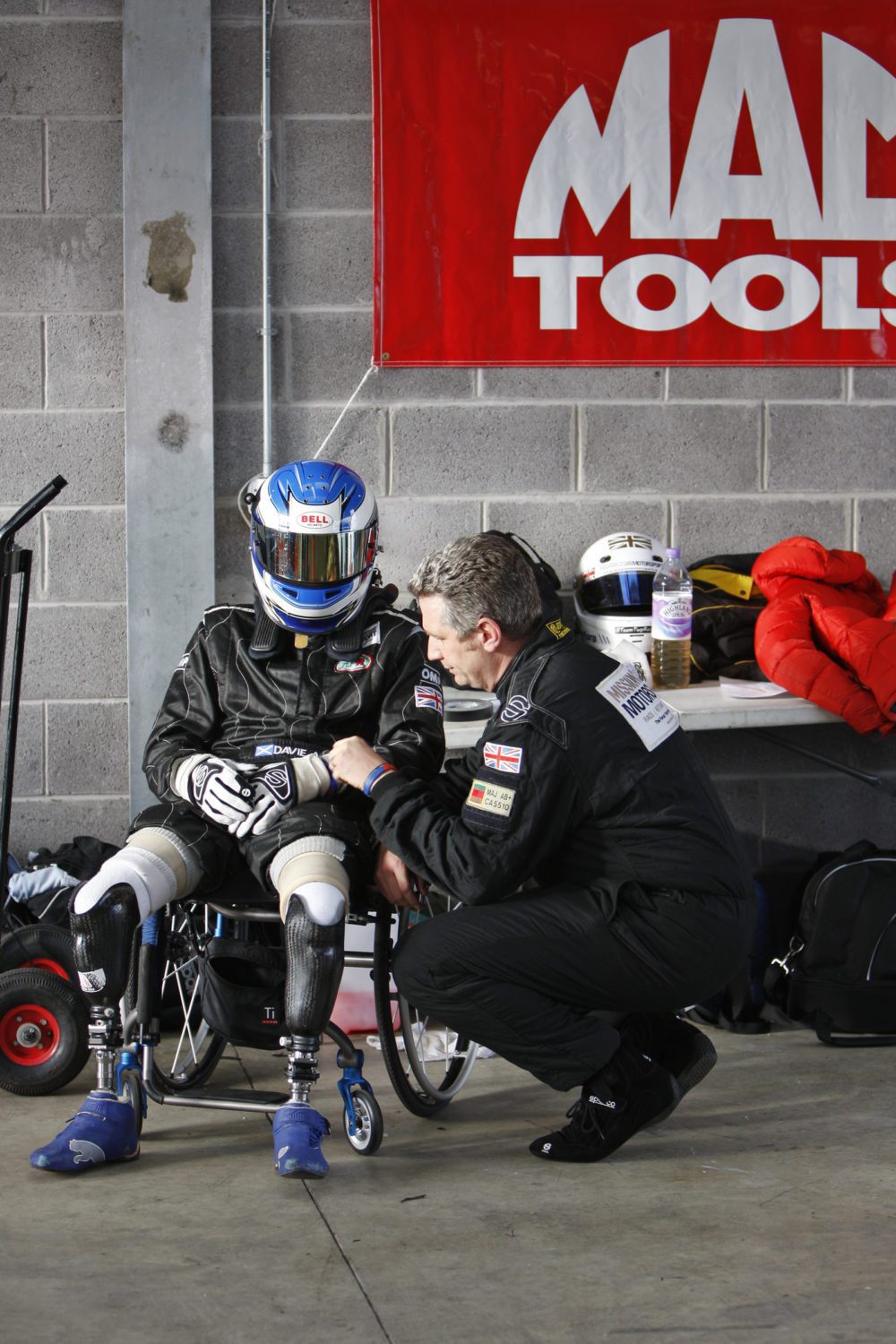 Mission Motorsport – the Forces’ Motorsport Charity was set up to help aid in the recovery and rehabilitation of those affected by military operations by providing opportunities through motorsport.

The charity uses motorsport to engage and merge the activities of the disabled and those carrying mentally and
physically debilitating injuries with able bodied servicemen and women as well as a large supporting cast of civilian
motorsport practitioners, sponsors and supporters.

“Race of Remembrance” – the story of the charity running an endurance race at Angelsea Circuit in November 2014 is on air this week including Sky Sports F1 HD, Sunday 22nd March at 11.45pm (other dates and times are available on alternative channels). This is a brilliant film, produced in conjunction with Mazda UK, and introduces you to many of our key personnel.

The charity’s Scotland Area Representative, Findlay Leask says “Despite launching originally in 2012 the charity has had little presence in Scotland – until now. We will be welcoming Cara Hilton MSP, teams, car clubs, industry, press and – most importantly – the Wounded, Injured and Sick (WIS) forces’ personnel in Scotland to join us at Knockhill Racing Circuit on the 16th April from 12noon. This will be an opportunity for the WIS to meet key members of the charity, learn what opportunities are available and experience the thrill of track time in a range of exotic machinery!” Findlay goes on to explain more about who the charity has helped; “Mike Courts, the Fife-based Mission Motorsport beneficiary and driver will be on-hand to tell the media how the support of the charity has helped him combat his injuries and PTSD to secure a drive in both the Scottish BMW Compact Cup and the Ginetta GT Supercup that tours the UK with the British Touring Car Championship. His story alone is inspirational.”

Mission Motorsport forms part of the MoD’s Recovery Career Services by sourcing vocational opportunities, work placements and training, where possible in the automotive sector (Jaguar LandRover, for example) but also across all industry sectors. The charity has support from Sir Stirling Moss, Lord Drayson and was engaged with HRH Prince Harry through the Invictus Games 2014. Each of the WIS forces’ personnel that are supported by the charity has a remarkable story to tell. Co-founder and charity CEO James Cameron will be available for interview in the run up to the event as well as on the day.