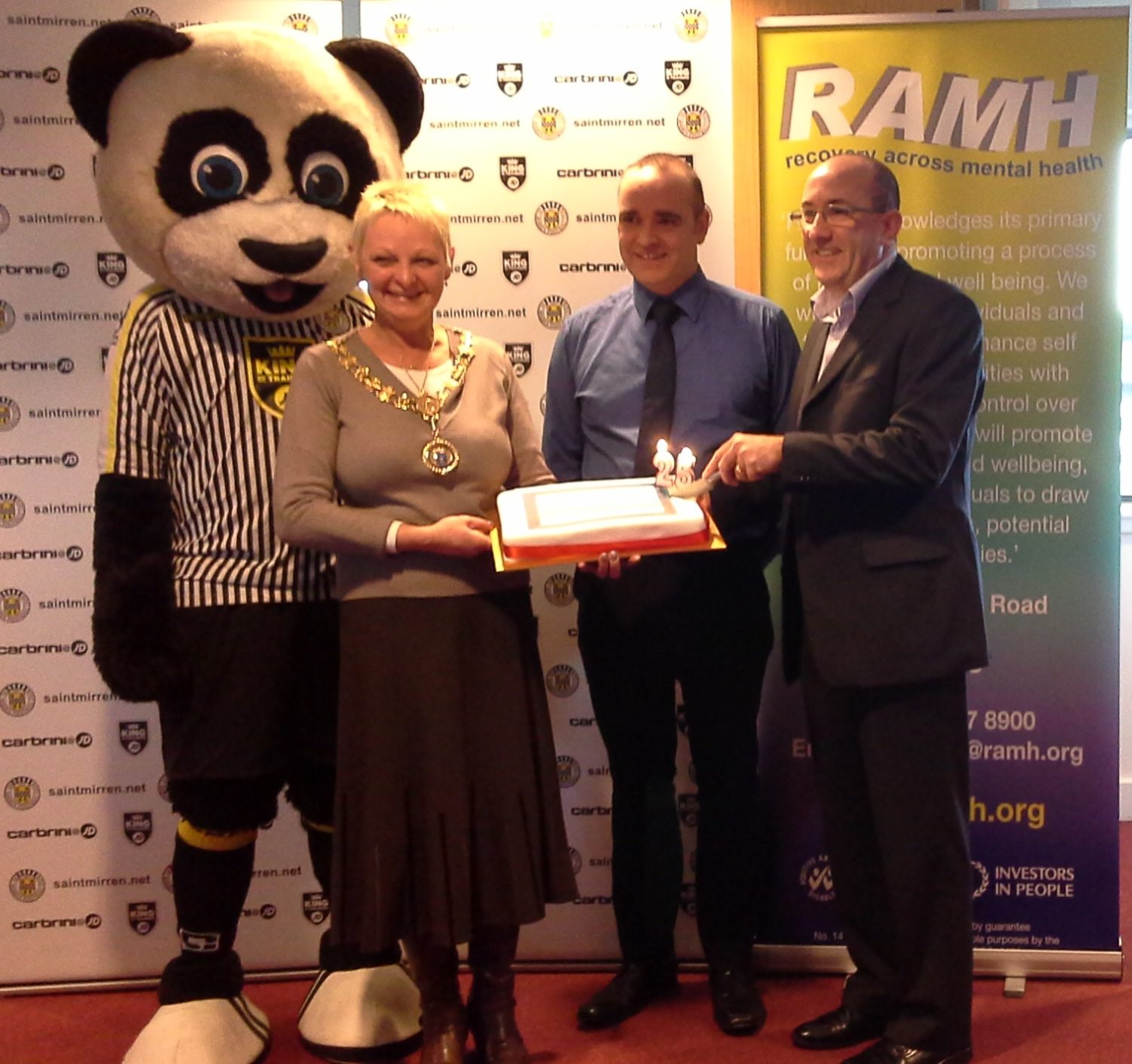 And they kicked off their special year by launching an appeal to raise £25,000 in their 25th anniversary year, allowing them to move to better premises, where they will be more accessible, more visible and able to bring all their services into one central hub.

He added “I continue to be immensely proud of the crucial mental health services RAMH provides. Celebrate with me as we applaud our achievements in 2015, and let’s make this the biggest and best year yet.”

The celebrations were attended by Renfrewshire Provost Anne Hall, who has selected RAMH as one of her four nominated charities. St Mirren’s Brian Caldwell also attended as did other local names, including ProLife Fitness Centre and Hillington based building firm Pacific Building.

RAMH was formerly the Renfrewshire Association for Mental Health, but is now known as just RAMH because it provides services across Renfrewshire, East Renfrewshire, South Ayrshire and West Dunbartonshire, making it the largest provider of mental health services in the West of Scotland.

To be part of the celebrations visit www.ramh.org or for a FREE fundraising pack contact enquiries@ramh.org or 0141 847 8900.