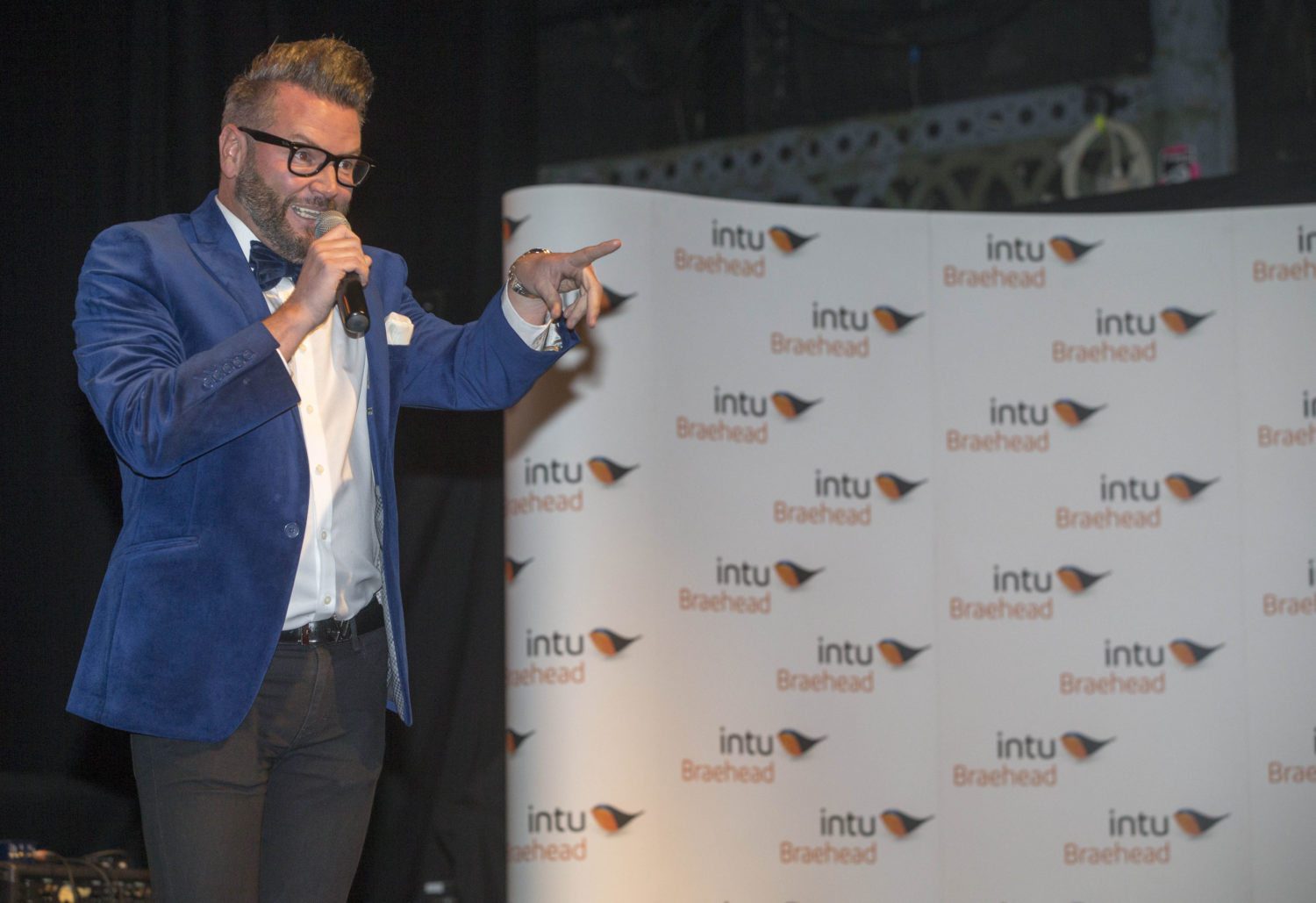 [vc_row][vc_column][vc_column_text]BRITAIN’S Got Talent star Edward Reid had guests at a posh awards dinner on their feet singing along to his cheeky parody of the Frank Sinatra hit, New York, New York.

The bubbly entertainer had penned a whole new set of lyrics for his version of the classic song especially for the intu Braehead Retailer Awards dinner where he was on stage hosting the event.

Edward found fame on the BGT show in 2011 by singing nursery rhymes to the tunes of well-known pop songs.

And when he was on stage at the mall’s awards dinner, instead of singing the famous first line of New York, New York, “Start spreading the news, I’m leaving today” he sang “Start spending the cash, we’re shopping today”.

As soon as the 200 shop, restaurants and leisure staff at the award bash realised Edward was singing about them and the intu Braehead mall, the dinner suit and ball gown-clad guests were on their feet cheering and singing.

Edward said: “I was really chuffed by the reaction of people at the awards dinner. They were all there in their finery and nobody knew I was going to sing a new version for them, but within a few lines of the song everyone was on their feet cheering and singing along with me.

“I was on holiday in Mexico when I heard New York, New York on the radio and I thought it would be a great idea to write new lyrics for when I was hosting the intu Braehead awards.”

He added: “I’m not surprised, it went down so well, as New York, New York is a typical Scots party song and when you hear the song being played it seems to evoke memories of having a good time.”

“I couldn’t believe it when Edward was on stage and started belting out his new lyrics and everyone got to their feet to join in.

“It was a fantastic performance and a clever piece of lyric writing from Edward. It was that good, he should record his Braehead, Braehead version. I’m sure it would be a hit with our shoppers!”[/vc_column_text][/vc_column][/vc_row]

Glasgow News? Daily Updates part of our network
Students in the frame for photo prize

A magical, musical adventure is on its way to Paisley!
Scroll to top