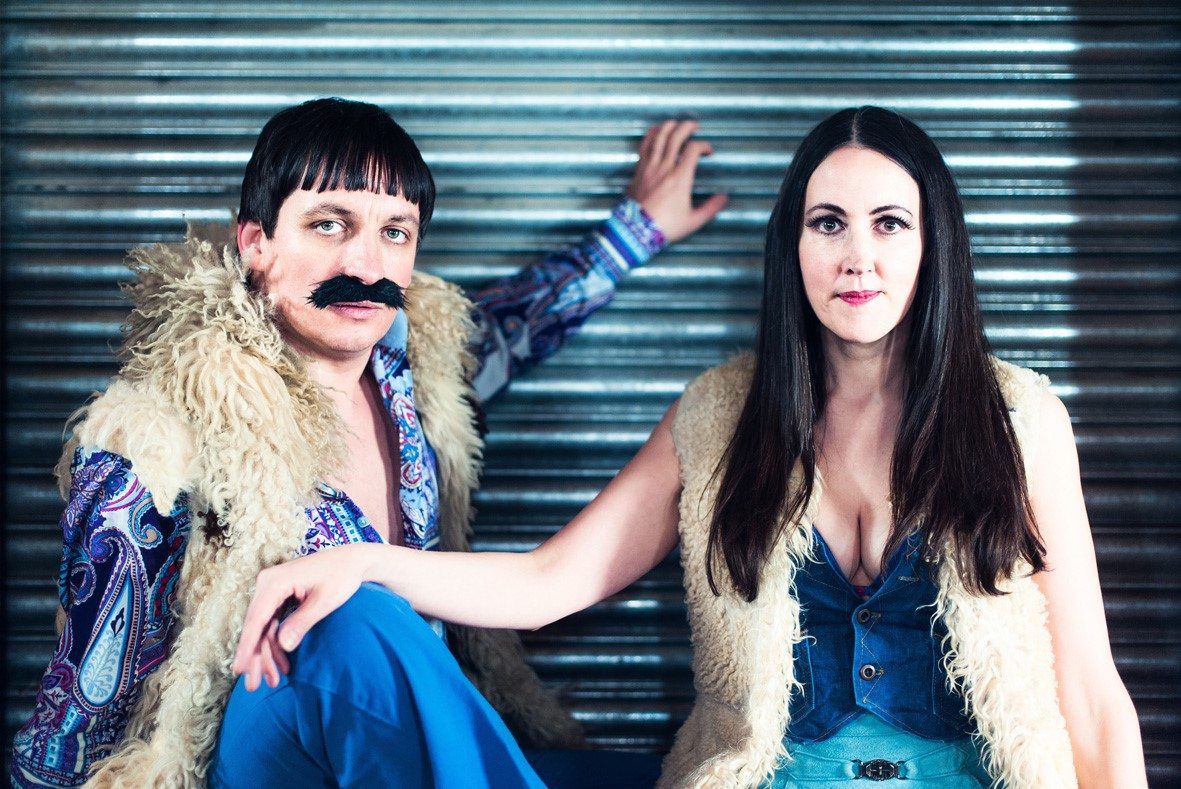 And the Beat Goes On

‘A little darkness never did anyone any harm’

and then on tour throughout Scotland

And the Beat Goes On goes on tour!

Horsecross Arts is continuing to take theatre out and about while Perth Theatre undergoes redevelopment announcing a new creative partnership with Random Accomplice to take Stef Smith’s new play And the Beat Goes On out on tour this spring.

The chilling tale from the Olivier Award-winning playwright, Stef Smith will be performed by Random Accomplice artistic directors Julie Brown and Johnny McKnight, along with Julie Wilson Nimmo, and is directed by Kenny Miller, associate director for theatre for Horsecross Arts, the creative organisation behind Perth Concert Hall and Perth Theatre.

Peter and Lily have a secret. They love Sonny & Cher, their favourite celebrity couple of all time. Sonny and Cher were mismatched, they were camp, they were good honest fun.

Decades later Peter and Lily are still listening to their records, still lip-syncing to their songs and practicing their comedy routines every evening. But beneath their obsession with sparkle and showmanship is a tragedy. And as dark truths start to pop their bubblegum act, it becomes clear not everything is quite as it seems…

Stef Smith, who is best known for supplying the text for Oliver Award-winning show RoadKill, drew on her lifelong love of Cher when writing And the Beat Goes On. She said:

“I’m a life long fan of Cher; I’m interested in how she represents survival, even if only in pop culture terms. I wanted to write something that used Sonny and Cher as a jumping off point rather than a write a biopic about them. I think Sonny and Cher represent a more innocent time, especially in the representation of famous couples. And I wanted to juxtapose this image of ‘a perfect couple’ with a couple who have no choice but to stay together; the idea that under something perfect is a very dark secret. I am always interested in the overlap of humour and darkness. I think they offset one another and there is a lovely alchemy that happens when the balance is just right.”

“One of my other inspirations was Johnny and Julie themselves. I’ve been a big fan of Random Accomplice’s work and have always enjoyed their diverse mixture of comedy and drama.  I wanted to write them parts that allowed them to show the diversity of them as performers – a balance of lightness and darkness.”

“And The Beat Goes On was an irresistible proposition from the mighty pen of Stef Smith.  It seemed to encompass everything that Random Accomplice looks for in a theatre piece: very dark and with a tongue placed firmly in the side of a gaping mouth.  Horsecross Arts seemed the ideal partner after the successful collaboration with myself on Blithe Spirit.  There’s the historic tradition of the theatre, a sense of the vaudeville past that seemed appropriate for this production.  Combined with the talents of working with director/designer Kenny Miller, who wouldn’t want to have to grow the moustache, monkees-style hair and dust down the flares?!  We hope the show provokes and questions the world in which we live.”

“It is an enormous pleasure and privilege to be directing this play by Stef Smith. The challenge is to present these two characters who have disappeared into a fantasy world of Sonny and Cher instead of facing up to the reality of a deeply traumatic personal tragedy as three dimensional believable human beings and not a couple of mad people who pass their days putting on shows to appease their self indulgence It is also a pleasure to be touring this show around Scotland in some of the best venues and supporters of new work with the superb Random Accomplice.  Audiences can expect a slightly sinister but ultimately thought provoking play about the fragility of two people trapped in a cycle of despair.”

Johnny is currently under commission to Macrobert Arts Centre and The Royal Court.

Stef Smith studied Drama and Theatre Arts with a specialism in directing at Queen Margaret University in Edinburgh. She is best known for supplying the text for Oliver Award-winning show RoadKill. Other writing credits include: Cured (Glasgay!/The Arches),  Grey Matter (Aberdeen Performing Arts), The Silence of Bees (The Arches), Falling/Flying (The Tron) and Tea and Symmetry (BBC Radio Scotland). She was also part of the National Writers Group at the Royal Court Theatre in London and has been on attachment with The National Theatre of Scotland. Most recently Stef was commissioned by the National Theatre Connections festival in London to write a play for young people. In 2015, this piece called Remote will be performed by over 50 schools, colleges and youth theatres throughout the UK and it will also be performed in Sao Paulo, Brazil.

She has worked for a range of Companies (including Scottish Opera, National Theatre of Scotland, Royal Conservatoire of Scotland, Cumbernauld Theatre, Arches Theatre, Bard in the Botanics) as well as directing and choreographing for various Youth Companies. Most recent credits include director of ‘Aladdin’ (Macrobert); Pop Up Theatre Royal (Scottish Opera); Der Jasager & ‘Down in the Valley (Scottish Opera Connect Company), performer in Aladdin (Macrobert); Snow Queen (Cumbernauld Theatre),

Julie will next be directing a double bill for the Scottish Opera Connect Company, The Walk From The Garden and Dr Ferret’s Bad Medicine Roadshow.

Julie trained at the RSAMD in Glasgow. She has worked with Random Accomplice, The Tron, The Citz, Frantic Assembly, Thick Skin, National Theatre of Scotland, TAG, and Oran Mor. In television she is best known for her role as Miss Hoolie in Balamory. Julie also has an extensive background in comedy, appearing in Pulp Video, Rab C Nesbitt, The Baldyman, Chewin’ the Fat, Blue Haven and Mike and Angelo.

Julie loves doing radio and was a regular in radio 4’s Fags Mags and Bags.