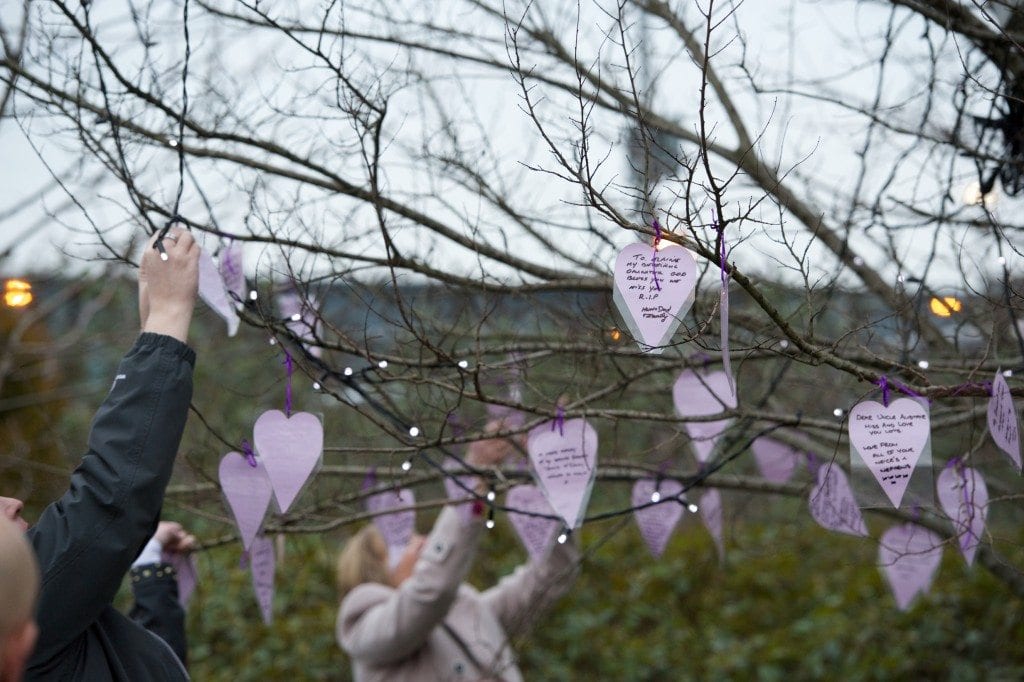 [vc_row][vc_column][vc_column_text]Family and friends of those who have lost their lives to suicide in Renfrewshire have been invited to a special service of remembrance.

The ceremony will take place on Tuesday 20 January outside Renfrewshire Council’s headquarters in Cotton Street, Paisley, where there is a memorial tree for victims of suicide.

The event is being organised by the Renfrewshire support group, Survivors of Bereavement by Suicide (SOBS), and will be attended by Renfrewshire’s Provost Anne Hall.

The service will be led by Reverend Alan Birss of Paisley Abbey and Father John Tormey of St Mirin’s Cathedral.

Provost Hall said: “Coming together as a community to remember those who have tragically lost their lives to suicide is vitally important, not only to supporting bereaved family and friends, but also to break the taboo on suicide.

“Suicide can affect people of all ages and backgrounds. Talking about problems can save lives and there are plenty of people and organisations where individuals or their families and friends can talk and get help.

Friends and relatives should meet from 3.15pm on Tuesday 20 January in the marriage suite to collect a commemorative purple heart on which they can write a message for their loved one.

At 3.45pm, there will be a procession to the tree, where the Provost will lay a wreath and light the tree, after which visitors can place purple hearts on the tree.

Afterwards, all attending are invited to join the Provost for refreshments in Paisley Abbey.

The event is being supported by Choose Life, the national strategy to prevent suicide in Scotland.

Renfrewshire’s support group, Survivors of Bereavement by Suicide (SOBS) meets on the last Tuesday of the month at 7pm at the Charleston Centre, Paisley.

Glasgow News? Daily Updates part of our network
Tips for Finding the Perfect Pair of Sunglasses

Circus on Ice at Braehead Photographs
Scroll to top