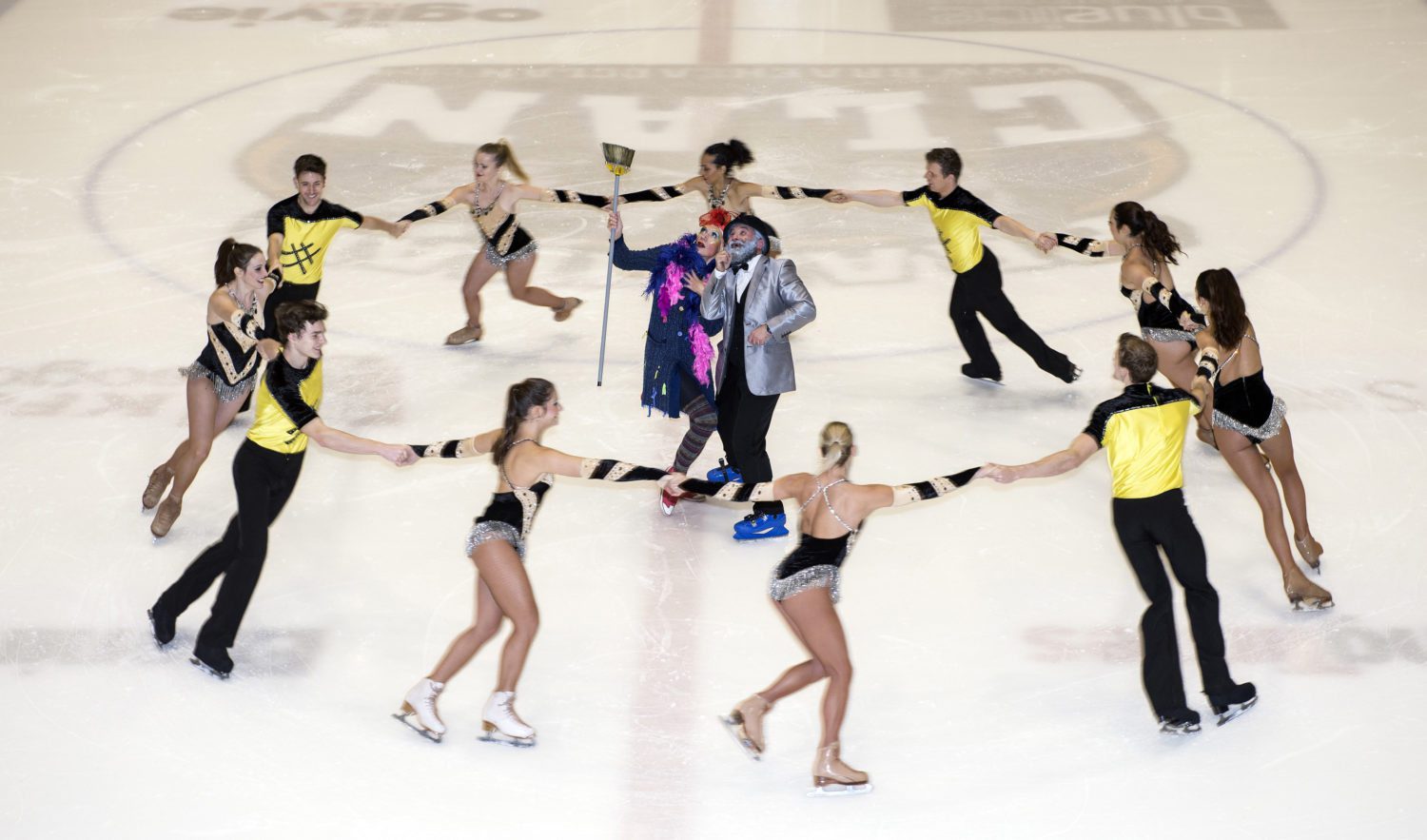 [vc_row][vc_column][vc_column_text]THE coolest show on earth is coming to town when circus acts perform on an ice rink inside a Big Top.

The Continental Circus Berlin On Ice show opens today (Thursday, January 8) on a specially built ice rink in a circus tent next to the Soar at intu Braehead leisure destination.

And the ringmaster becomes a rinkmaster when the circus on ice has its only Scottish performances that run until January 18.

The show features trapeze artists, contortionists, acrobats, clowns, comedy acts, magicians and a troupe of dazzling ice dancers performing on the rink in a brand new state of the art and heated luxury theatre Big Top.

And yesterday (Wednesday) the ice dancers and comedy acts got in some last-minute practice at the nearby ice rink in Braehead Arena.
Operations manager with Soar at intu Braehead, formerly known as Xscape, Ian Anderson said: “This is a spectacular show that’s not been presented on this scale in the UK for 30 years.

“We’ve even got a daredevil whose wife fires a bolt from a crossbow to knock an apple from her husband’s head. All I can say is I hope she doesn’t slip on the ice when she fires the crossbow!”

Tickets for the show are available from Ticketmaster on 0844 453 9009 or www.ticketmaster.co.uk or the on site Box Office.