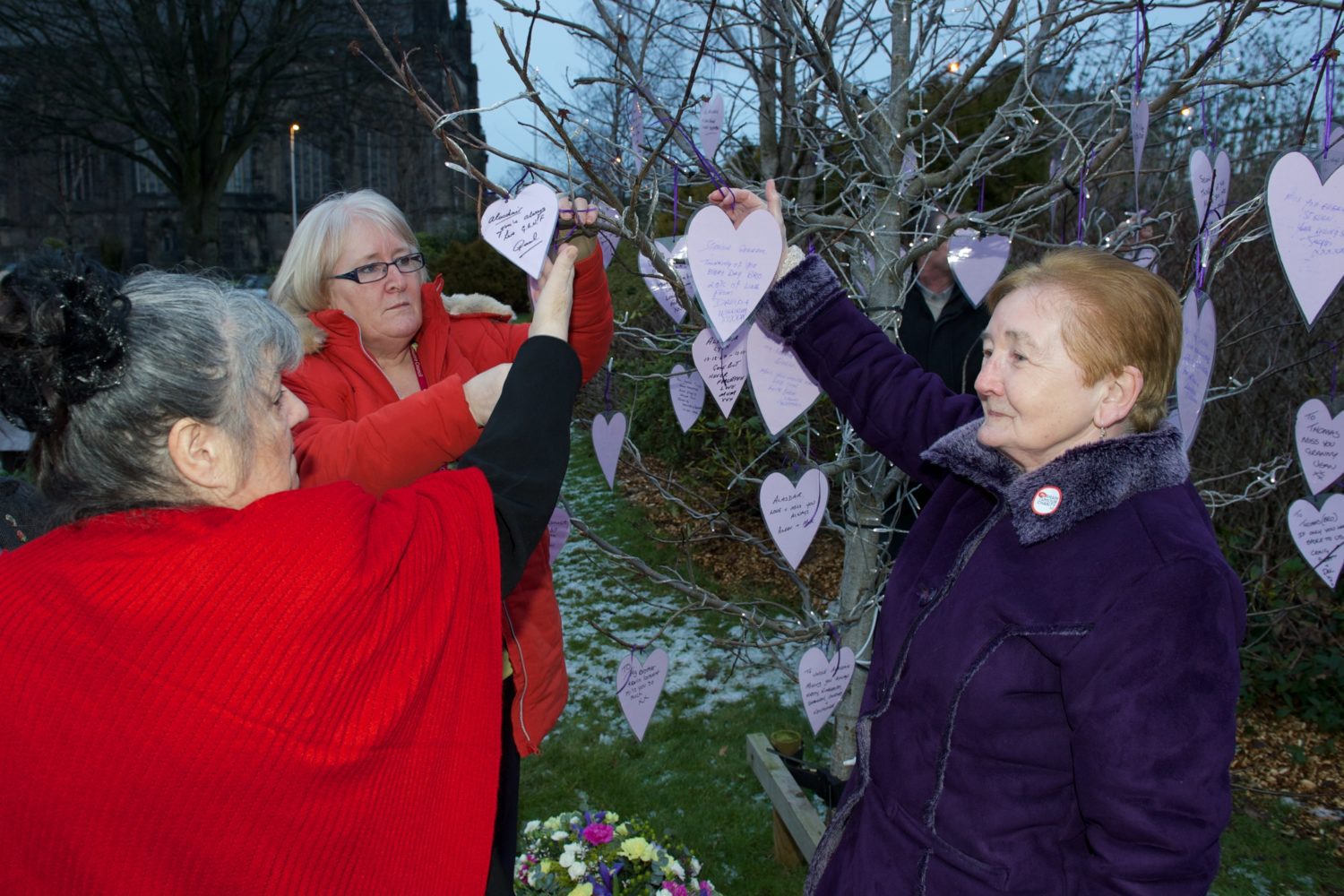 [vc_row][vc_column][vc_column_text]Bereaved relatives and friends who have lost loved ones to suicide gathered in Paisley for a special service on Tuesday 20 January.

The memorial service has become an established event where people can find support and take the time to remember loved ones.

The event is organised by the local support group of Survivors of Bereavement by Suicide (SOBS), and was attended this year by Renfrewshire’s Provost Anne Hall.

Those attending the annual event met at Renfrewshire Council’s HQ in Cotton Street for a short service led by Reverend Alan Birss of Paisley Abbey and Father John Tormey of St Mirin’s Cathedral.

They then gathered at the nearby memorial tree for suicide victims where the Provost laid a wreath and lit the tree.

Visitors then had the chance to leave their loved-ones handwritten messages on purple paper hearts on the tree’s branches.

After the service, Provost Hall welcomed guests to a reception in Paisley Abbey. She said: “The memorial service has grown over the year and is vital to supporting bereaved relatives and friends. I am always touched by the poignant stories of people who have lost loved ones to suicide.

“People are beginning to open up more and talk about suicide and that’s the best thing we can do as a community. Talking about suicide can save lives. Anyone struggling to cope should be aware that they aren’t along and help is available.”

Anyone wishing to place a purple heart on the memorial tree at Renfrewshire House should visit the Customer Service Centre.

A memorial service also takes place at the memorial tree at the Tannahill Centre in Ferguslie during the No Subsitute for Life event in June each year.