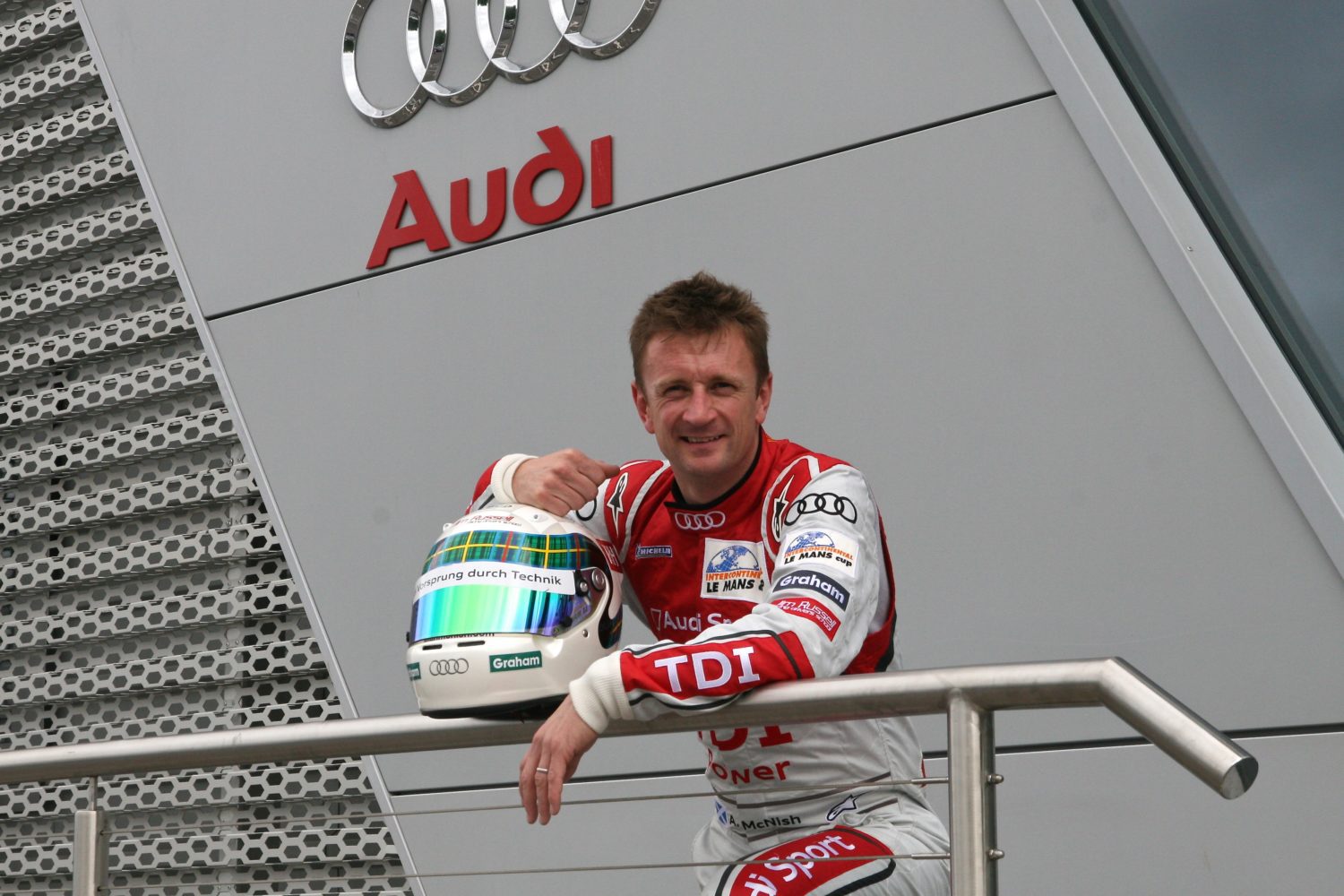 [vc_row][vc_column][vc_column_text]Allan McNish has hailed the Monte Carlo Classic Rally’s impact in Scotland, claiming the event can help foster the next generation of Scottish motorsport greats.

Around 70 classic cars will leave the Start Ramp in Paisley next Wednesday evening (28th Jan), with many arriving around a week later in Monaco where McNish lives with his family.

Since the UK Start returned to Scotland in 2011, it has attracted nearly 50 000 spectators, generated a £5 million spin-off and garnered global media coverage.

Three-times Le Mans winner McNish reckons its pulling power can help Scotland continue to punch above its weight when it comes to producing top drivers.

“The great thing about the rally is that it is open access to everyone and to families – that is vitally important. People can get up close and personal and really feel involved in it and that is what motorsport in Scotland must do to encourage the future generations of drivers,” said the Dumfries-born legend, who retired from full-time racing with Audi just over a year ago.

“It is 20 years since Colin McRae won the World Rally Championship and events like the Monte Carlo Classic Rally are part of that story of Scottish motorsport.

“It has a big crowd impact, it is very well supported and attracts a different interest from the public. I have also seen it from the other side and it is highly valued in Monte Carlo. People might think of Formula One being the only show in town but events such as the Rally and Classic Rally are a huge part of the culture and they want to keep that strong motorsport tradition. It is a big part of what they do here, there is a big marshall following in Monaco and there is a lot of feeling for it.”

The 45 year old will miss the Scottish and other European cars making their way through the Principality this year as he is on ambassadorial duties with Audi in the States.

However, son Finlay and daughter Charlotte regularly visit the cars when they arrive down by the Marina in their home city on the French Riviera.

The ability to talk to the drivers and inspect the cars, he believes, is what makes the event a source of inspiration for youngsters.

“I take the family down to see the cars when they arrive. The cars usually line up where the Grand Prix pits are in Monaco. Some of them have a few battle-scars when they finally get here and they arrive at different times but the kids can go and have a look in the car doors and really get to see what these vehicles were like.

“Both of them have grown up with motorsport all of their life but they love that aspect. Personally, I love seeing the Lancia Fulvias because it takes me back to that romantic era when I was a kid reading about the Monte and the likes of Paddy Hopkirk winning it in a Mini.”

Organisers of the event are putting the final touches to the rally and entertainment, with a crowd of around 10 000 expected for the start at Paisley Abbey.

Councillor Mark Macmillan, leader of Renfrewshire Council, which is hosting the event, said: “We are delighted to welcome this world-famous event back to the town after a successful debut last year.

“Paisley is fast building a reputation as a key destination on Scotland’s entertainment map as we gear up to bid for Uk City of Culture 2021 – and attracting events of the calibre of the Monte Carlo Classic Rally is proof of that.”[/vc_column_text][/vc_column][/vc_row]