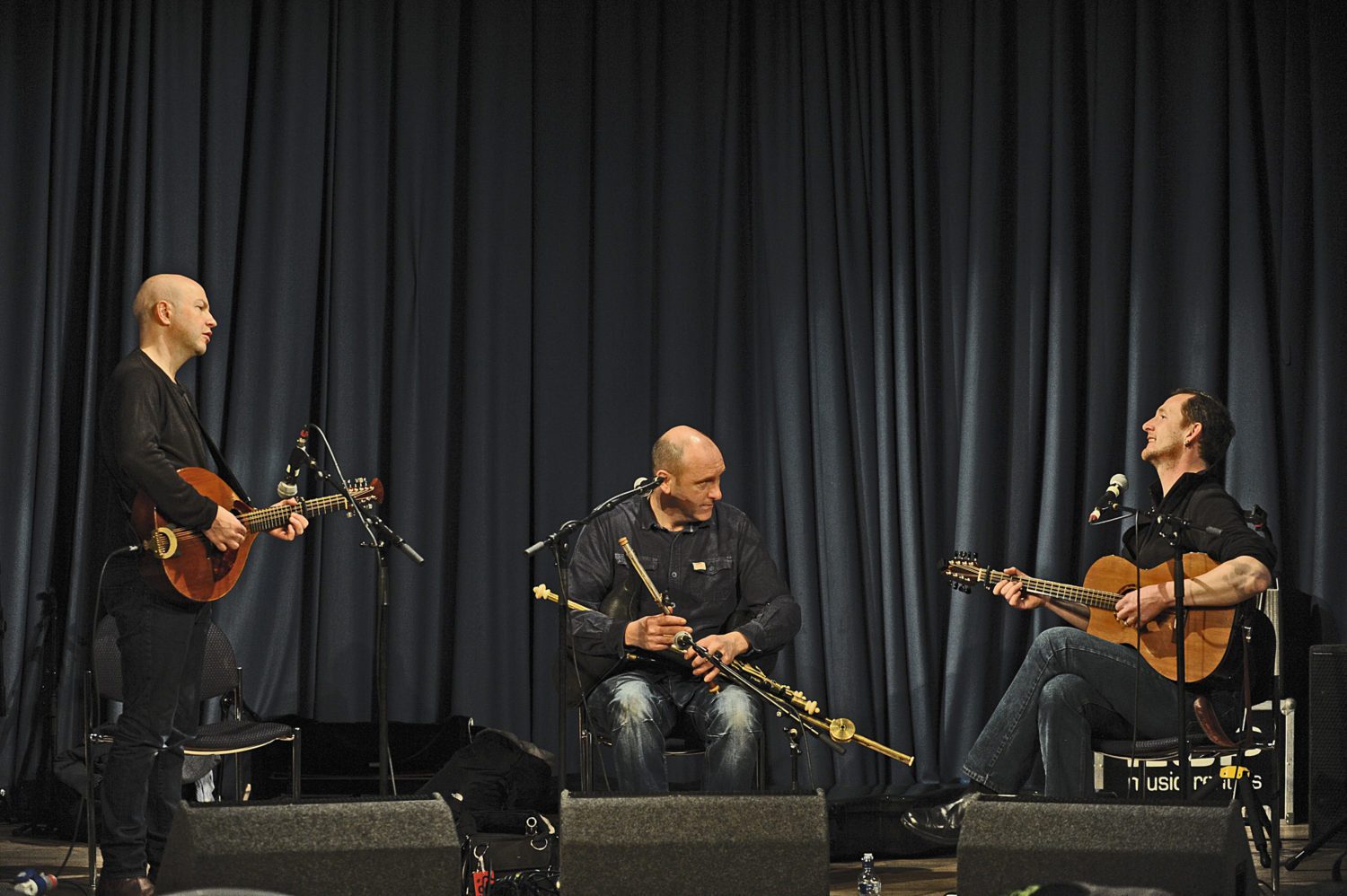 [vc_row][vc_column][vc_column_text]Three members of the BBC acclaimed TRANSATLANTIC SESSIONS will perform as part of a unique UK tour. It’s a rare chance to see three of the world’s finest musicians share a stage together.

Michael McGoldrick, John McCusker and John Doyle three members of the BBC acclaimed Transatlantic Sessions will play (insert venue) as part of a unique European tour. With both Mike McGoldrick and John McCusker also having toured for the past year with Mark Knopfler, this is a rare chance to see three of the world’s finest musicians share a stage together.

Master of flutes, whistles and Uillean pipes Mike is a founding member of Flook , and Lunasa and is  a current member of Capercaillie. Regarded as one of the greatest flute players of all time, Mike has toured Bob Dylan and  Mark Knopfler, as well as with The Afro Celts, RTE Orchestra and Kate Rusby .

He has  collaborated with the likes of Jim Kerr, Youssou N’Dour, John Cale and Zakir Hussian amongst many others. BBC Radio 2 folk Musican of the year  2006, he was again nominated this year and has just completed his first soundtrack for TG4 and the Smithsonian channel.

John McCusker’s unique fiddle playing has earned him a worldwide reputation as one of the most gifted and versatile musicians of any genre. John was also part of the legendary band that toured with both Bob Dyland and mark Knopfler.  Joining the Battlefield band at just 17 John spent 11 years touring the world with the now legendary folk outfit. Renowned for his skill at transcending musical boundaries he has worked with artists ranging from Paulo Nutini and Jools Holland to Steve Earle and Rosanne Cash and has recorded with Paul Weller and Ocean Colour Scene to name but a few.

In 2013 John performed as a soloist with the Royal Scottish National Orchestra at Proms in the Park, playing his own compositions live on BBC TV. 2015 will see John Celebrate 25 years as a professional musician, publishing a book of his compositions, releasing a new solo record & embarking on an extensive UK & European tour.

John Doyle’s gifts as guitarist, songwriter and vocalist have played an essential role in the ongoing renaissance of Irish traditional music. Now living in the states, John was the recent musical director for Joan Baez and toured with her for 2 year. One half of the stellar duo Liz Carroll and John Doyle, he is also a founding member of the internationally acclaimed Irish group Solas.

For more information and the latest news, please visit www.johnmccusker.co.uk