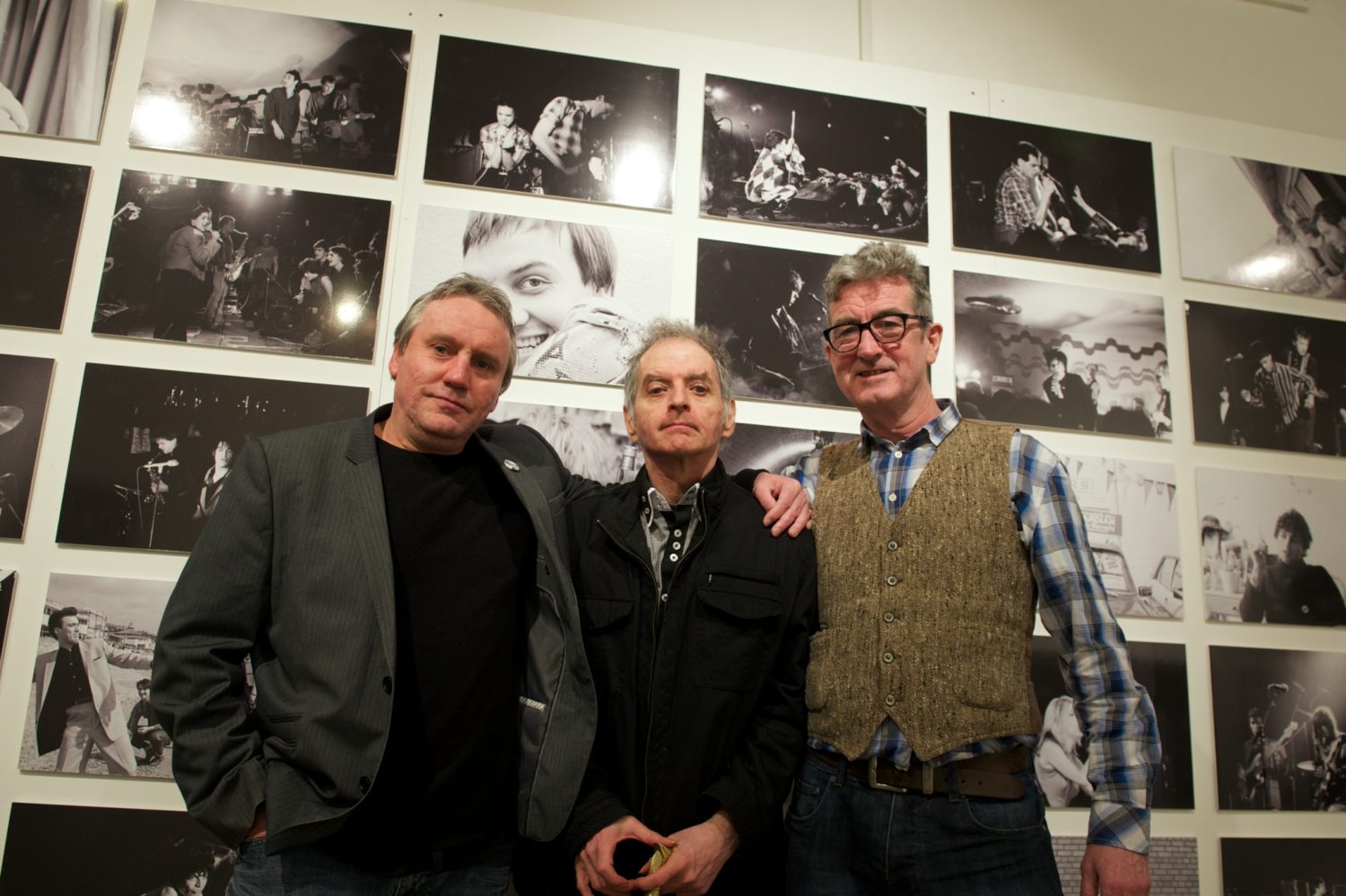 What Presence! The Rock Photography of Harry Papadopoulos is a star-studded collection of images by celebrated photographer Harry Papadopoulos, focussing on Scottish bands of the post-punk era when Glasgow was something of an epicentre of independent music.

The exhibition also features images of bands such as The Clash and The Specials and is produced by StreetLevel Photoworks and co-curated by Ken McCluskey (formerly of The Bluebells). The exhibition will run from 16 January to 1 March 2015.

Harry Papadopoulos – who studied at Paisley College of Technology in the early 70s – began his photographic career in Glasgow. His impulse for guerilla lensmanship swiftly drew him to London: from 1979 to 1984 he was a staff photographer for the music weekly Sounds, providing countless front covers.

During those five years, Harry’s photographs covered everyone from Blondie to The Clash; including New Order, Bryan Ferry, Siouxsie and the Banshees, to name but a few.

At that time, Harry’s London flat became home to fellow Scots migrants like Orange Juice, Aztec Camera, Josef K and The Bluebells. Harry thus became one of the first few photographers to capture the fey arrogance of Edwyn Collins and his Postcard cohorts, and subsequently appeared in the Derek Jarman video for ‘What Presence’.

Several of these photos comprise Harry’s retrospective at Paisley Museum.

Councillor Jim Harte, Convener of Renfrewshire Council’s Sport, Leisure and Cultural Policy Board states ‘We are delighted to be working with Street Level photoworks to display this impressive collection of music photographs, from a highly acclaimed photographer who was educated in Paisley.

I am sure the Harry Papadopoulos retrospective will prove immensely popular with locals and those from further afield.’

Ken McCluskey, co-curator of the exhibition states ‘Working with Harry’s huge photographic archive over the last five years has been a labour of love for myself and the good folk at Street Level Photoworks and we look forward as the journey continues on to Paisley.’

In addition to the expected band portraits and live-action front-row shots, there are a host of unique photos: including rare shots of The Fegs, one of the three bands on Paisley’s Groucho Marxist label, whose irreverence became front page news in the Paisley Daily Express in January 1980.

‘Harry Papadopoulos week after week gave Glasgow’s musicians to the world in his photography for Sounds. While Postcard maestro Alan Horne boasted that his label represented the Sound of Young Scotland, Harry quietly helped document the look of young Scotland’. David Belcher[/vc_column_text][vc_column_text]

MCNISH: THE MONTE CAN HELP BREED NEXT SCOTS GREATS
Scroll to top