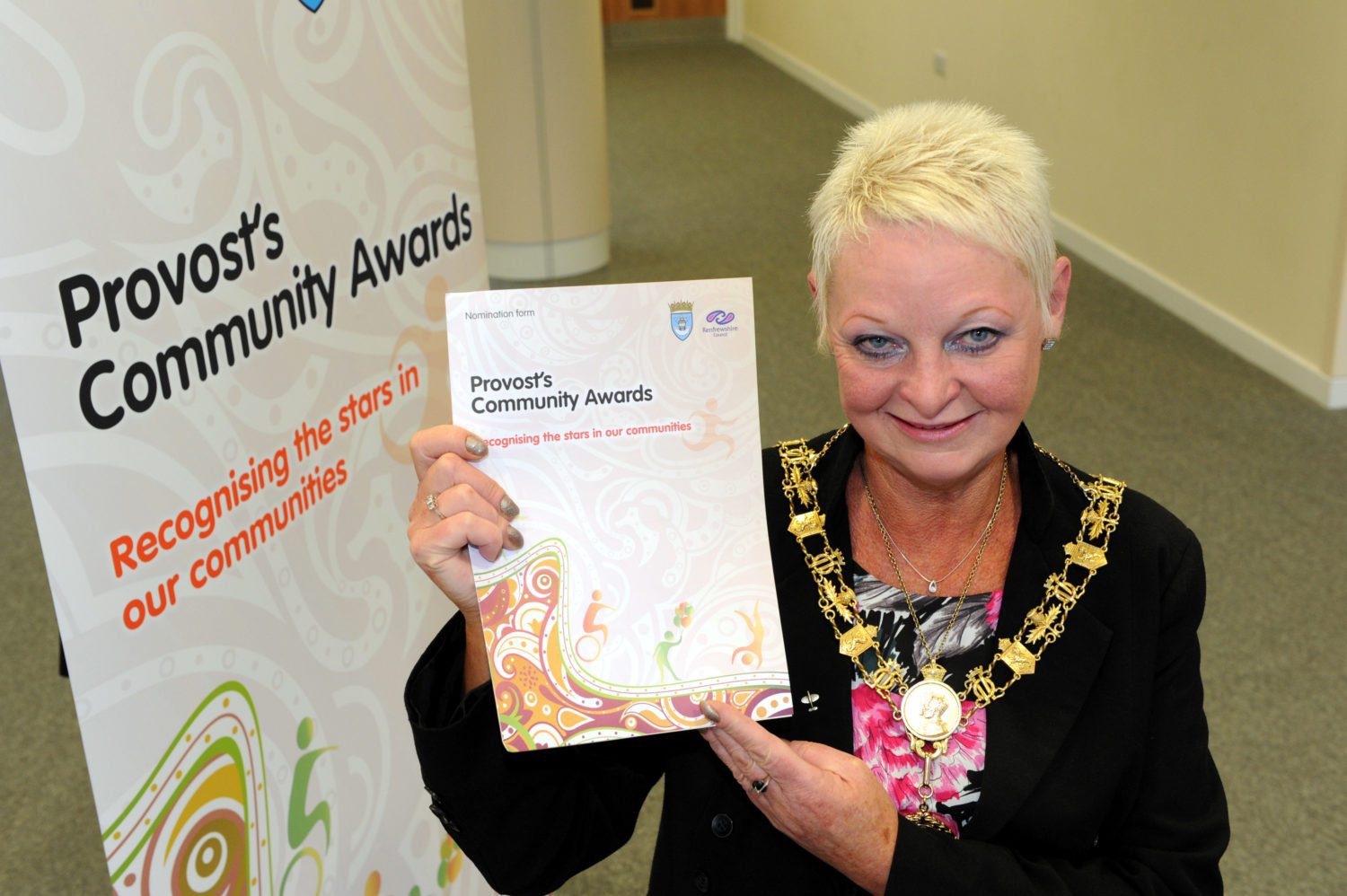 [vc_row][vc_column][vc_column_text]Renfrewshire’s Provost Anne Hall is urging people to get their nominations in for a leading awards scheme before the deadline of Saturday 31 January.

The Provost’s Community Awards honour those who devote their time to helping others in the Renfrewshire community or who are an inspiration to others.

Last year the categories for the awards were revamped into five themes: Community Group, Community Volunteer, Sporting Achievement, Carers Award and Employer of the Year.

Provost Hall said: “There are many unsung heroes in our community who selflessly dedicate their time to looking after others or who are an inspiration to others through their own drive and dedication to overcome adversity.

“Often these individuals don’t think they are doing anything special. I would encourage everyone who knows a special carer, a sporting enthusiast helping others to enjoy their sport or an employer exceeding expectations in developing employees to take the time and nominate them for an award.

“It is now even easier to put someone for an award. Nomination forms are available online and it only takes a few minutes to complete.”

The closing date for nominations is 31 January 2014.

Winning candidates will be invited to the Provost’s Community Awards ceremony on Friday 27 March 2014.[/vc_column_text][/vc_column][/vc_row]

Glasgow News? Daily Updates part of our network
Have your say on area’s cultural strategy