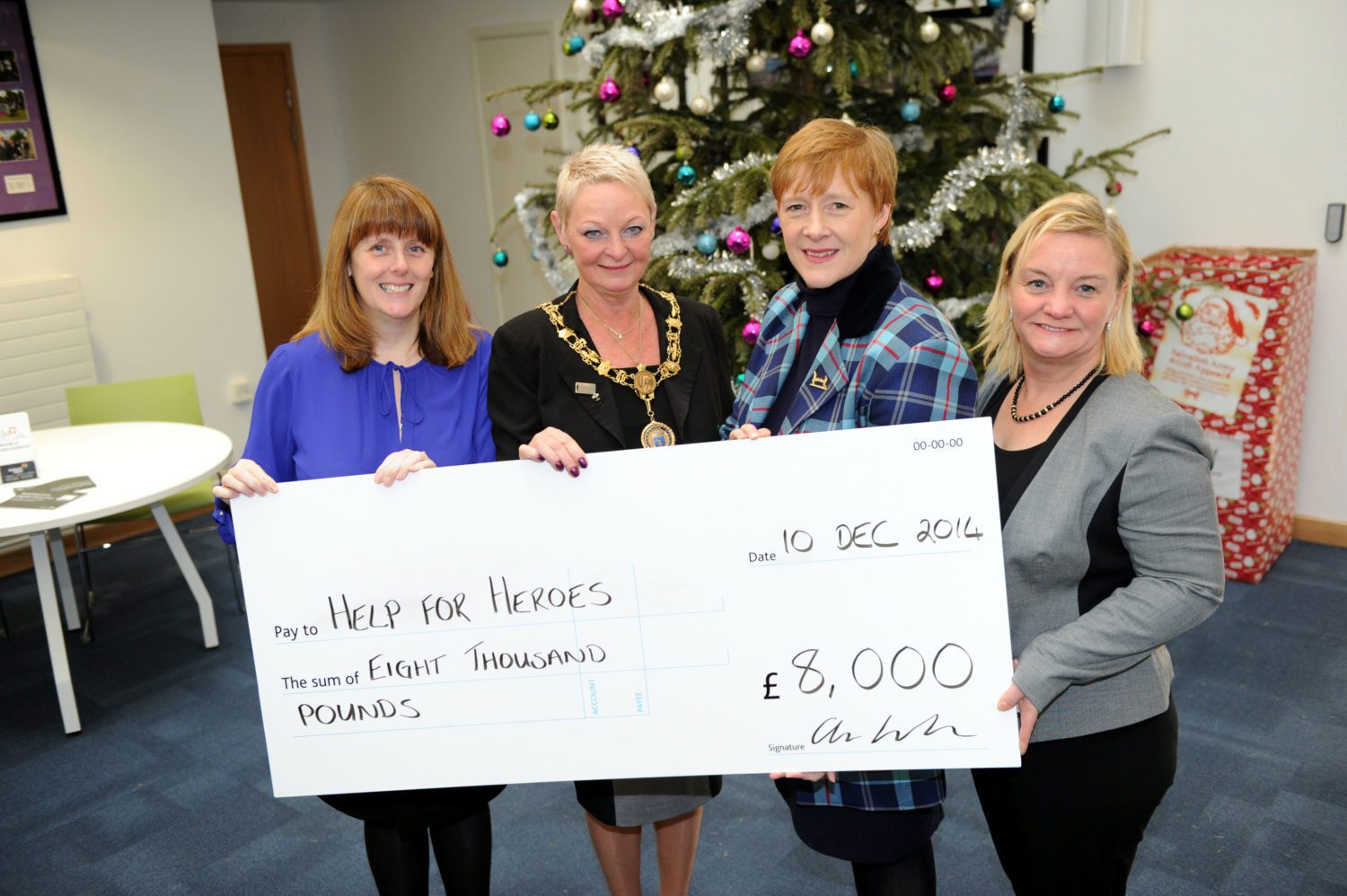 [vc_row][vc_column][vc_column_text]Thousands of pounds have been donated by local people following a special wing-walking display in August.

Renfrewshire’s Provost Anne Hall and seventeen brave locals took to the skies to raise awareness of armed forces charity Help for Heroes, who help wounded service men and women and their families.

The daring bunch, who travelled at speeds of up to 135mph during the wingwalk, were overwhelmed when local people generously donated £8,000 to the charity.

Provost Hall said “We started the wing-walk mission to raise awareness of Help for Heroes, but many people have generously donated money since the event. Just under £8000 has been donated and all monies donated will be given to Help for Heroes.

“The bravery of our service men and women is always one that strikes a chord with me. It’s great that I was joined by seventeen people who wanted to help me raise awareness of this much deserved charity.

“I wanted to do something a little bit different. Doing the wing-walk was ideal as it’s so extraordinary and that is exactly what our service men and women do every day.

“It is particularly important to remember as we begin the WW1 centenary commemorations and as we honour all those who lost their lives during Remembrance Sunday and Armistice Day.”

Bryn Parry, CEO and Co-Founder of Help for Heroes, said: “H4H is all about ‘doing your bit’ and this event is a wonderful example of people having a good idea, rallying support and having a great deal of fun while they raise money for a wonderful cause.

“Soldiers, sailors and airmen who are injured today will still need our support in the future. They are still battling and we won’t let them battle alone. Working with our partners, we aim to inspire, enable and support our heroes and their families to give them the best possible chance of a fulfilling future.”

For more information on Help for Heroes, please visit www.helpforheroes.org.uk.[/vc_column_text][/vc_column][/vc_row]