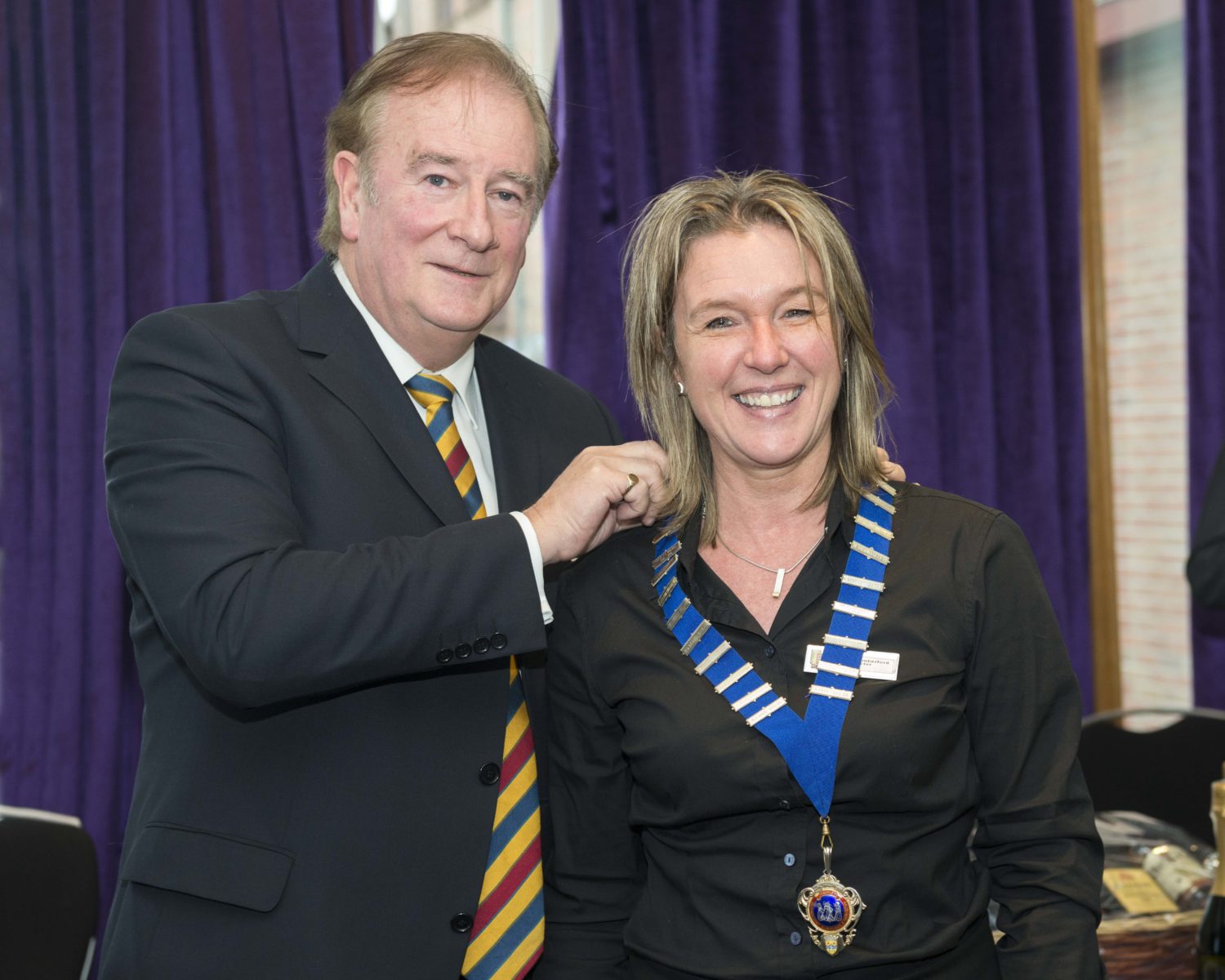 [vc_row][vc_column][vc_column_text]Renfrewshire Chamber is delighted to announce that Audrey Cumberford, Principal and Chief Executive of West College Scotland has been appointed as President of the Chamber.

The Immediate Past President Tom Johnston has been appointed as Honorary President, a new role to recognise Tom’s ongoing involvement at a senior level with the Chamber and in which role he will be assisting the new President in the continuing development of the Chamber.

Commenting on her appointment, Audrey said “I’m honoured to have been appointed as President of the Renfrewshire Chamber of Commerce and with the support of the Board and the members look forward to continuing to helping Renfrewshire grow & prosper. It has been a privilege to be a Non-Executive Director over the last few years under Tom’s leadership and I am committed to building on his legacy and continuing in the role of President in what is one of Scotland’s most active Chambers, working closely with our Chief Executive, Bob Davidson and his team. The Board will come together at the end of January to discuss our plans for the future at our annual strategy session”.

Tom Johnston commented “it has been an honour to have been the President of Renfrewshire Chamber; it has been a large part of my business and private life for a number of years and I’m delighted that I shall be able to continue to serve on the Board as Honorary President. As we transition to our new President, I give Audrey my full support knowing that the Chamber is in a healthy position and we will continue to build on that success”.

Renfrewshire Chamber celebrated its 50th anniversary in 2014 with membership just under 600 and has completed its 5th consecutive year of returning a financial surplus. The Chamber was recently awarded Investors in Young People status recognising the work it does employing young people directly and the support it gives to the young people of Renfrewshire. Audrey will be the 2nd female President of the Chamber in its 50 year history, following on from Sheila Laidlaw in 1991.[/vc_column_text][/vc_column][/vc_row]

Glasgow our Thoughts and Prayers are with you
Scroll to top