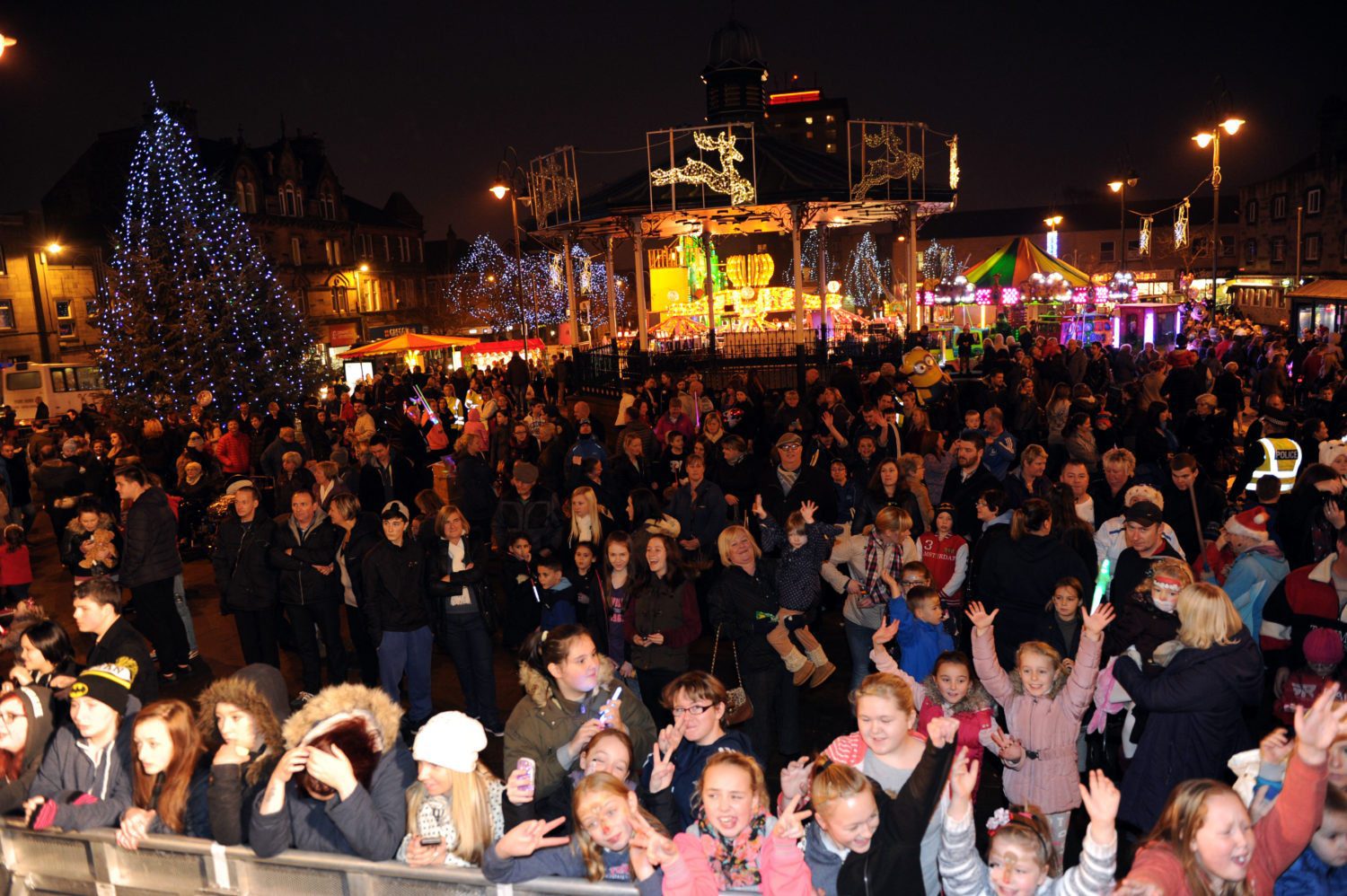 [vc_row][vc_column][vc_column_text]Johnstone kicked off its countdown to Christmas in style at the weekend with a day-long party to mark the town’s light switch-on.

A big crowd of from the town and beyond turned out to see Houstoun Square illuminated as the festive display went on.

There was a full afternoon of entertainment with live music on the main stage hosted by DJs from local online station Sugar Radio.

Closing the show were Scotland’s newest boyband 4th State, who performed a short set after the lights went on.

And there was a dance performance from the young people involved in the Johnstone Community Dance Group.

The square also hosted plenty to keep kids entertained, with funfair rides and a personal appearance from Santa himself in the grotto, as well as a marquee featuring the ever-popular face-painters, a magician and circus workshops.

There was also a chance for a sit-down and some retail therapy at the stalls and tea room hosted by St Vincent’s Hospice.

And Michael showed his caring side by choosing to donate his £50 competition prize to St Vincent’s Hospice.

The event was hosted as part of Renfrewshire Council’s town centre events programme.

Provost Hall said: “Once again, it was a pleasure to be out and about at such a well-attended family event.

“There was plenty happening on the day to keep families entertained, whether on stage or in one of the marquees.

“The people of Johnstone and the villages always come out in numbers to support the lights switch-on and today was no different.

“It was great to see Houstoun Square looking so busy and I am sure local traders appreciated the boost the event brought them.”[/vc_column_text][/vc_column][/vc_row]

Glasgow News? Daily Updates part of our network
Town could get new theatre and cinema for City of Culture bid

Fuel support for vulnerable saves 130 families over £33,000 a year
Scroll to top
Go to mobile version