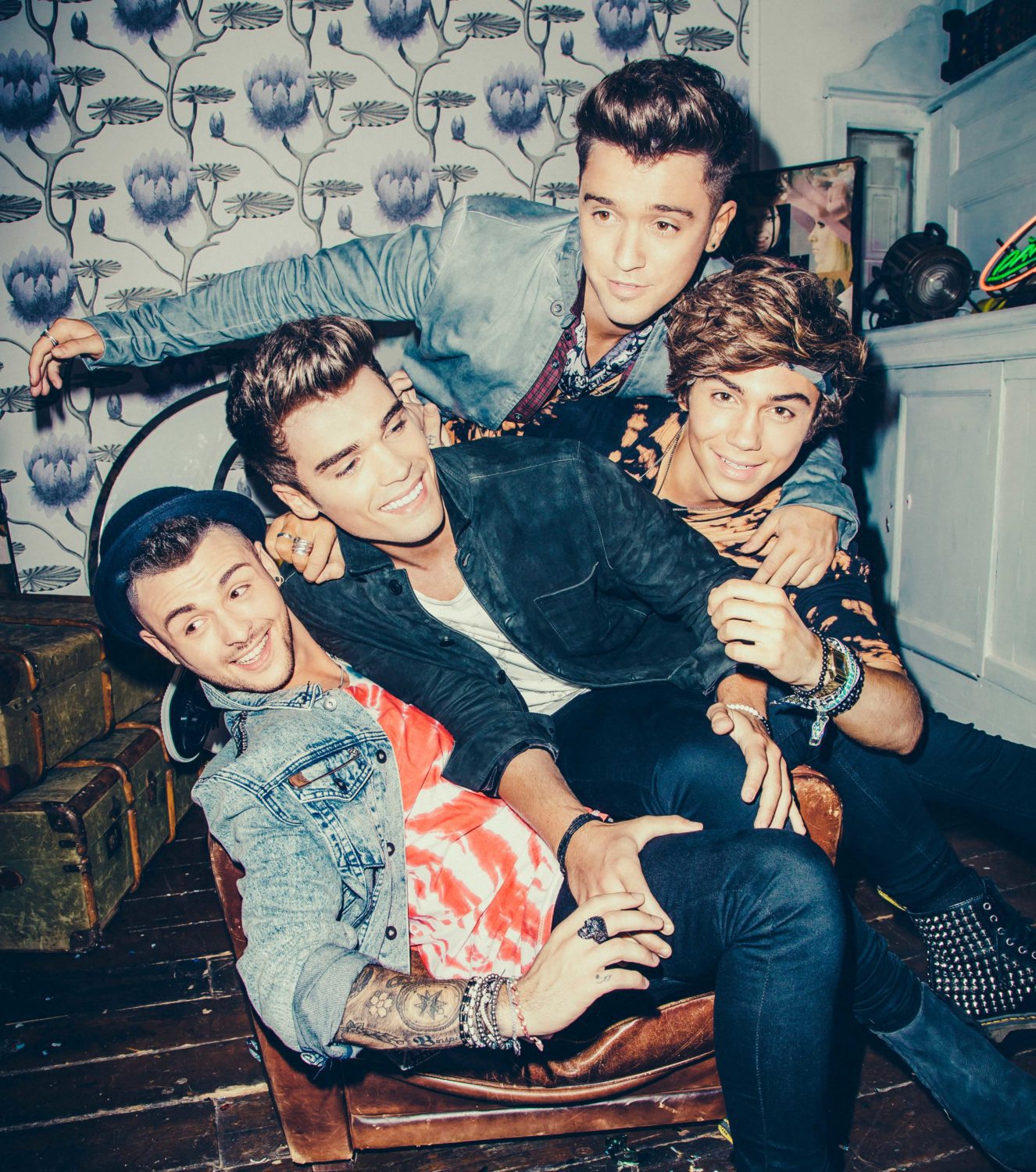 [vc_row][vc_column][vc_column_text]Paisley is gearing up for a fantastic festive party in the town centre when chart-topping boyband Union J lead the bill at the annual Christmas Lights Switch-on.

The Xmas extravaganza – set to attract a crowd of tens of thousands – takes place on Saturday 15 November and will see a full day of entertainment in the town centre.

The fun starts at noon with the annual reindeer parade, led by Santa himself, before Clyde 1 DJs get the fun under way on the main stage in Gauze Street at 1pm.

Acts set to appear during the afternoon include children’s entertainers The Singing Kettle at 1.30pm, with the much-loved group on their farewell tour.

Next up at 3.30pm are Glasgow’s electropop sensations Prides, who have had a momentous 2014, including an appearance in front of a worldwide audience of hundreds of millions at the closing ceremony of the Commonwealth Games.

And the headline act will be Union J, who have had three top-ten hits since finishing fourth on the X Factor in 2012, and will take to the stage at 5.30pm before helping Renfrewshire’s Provost Anne Hall switch on the lights at 6pm.

And Union J’s Jaymi Hensley had a special message for his Renfrewshire fans, saying: “We are really looking forward to coming to Paisley.

“We’ve been told it’s always a really fun day so we’re looking forward to doing a big outdoor gig in the town centre for thousands of people.

“And it will be lovely to catch up with our Scottish fans as they’ve always given us great backing.”

Elsewhere in the town centre there will be a snow beach, funfair, Christmas craft workshops, face painting and children’s entertainers, as well as the chance to shop for craft, design and vintage clothing at the Slug in a Bottle market.

The event is being held by Renfrewshire Council as part of its town centre events programme.

Council Leader Mark Macmillan said: “Over the past few years, Paisley’s Christmas Lights Switch-on has grown and grown into a massive event – and one which attracts people into Paisley from outwith the local area.

“Our whole events programme is geared towards using our town centres as venues, thus ensuring local traders can soak up the benefits of having such big crowds on their doorsteps.

“This year we have again put together another programme of top-quality entertainment along what is already a winning formula.

“I am sure the event will again be popular so I would encourage people to come along be part of it, we look forward to seeing you there.”

There are two other Christmas Lights Switch-on events still to come locally, in Renfrew on Saturday 22 November and Johnstone a week later.

Residents are reminded there will be a series of road closures in Paisley town centre on the day of the event, and these can be seen at www.renfrewshire.gov.uk/events[/vc_column_text][/vc_column][/vc_row]