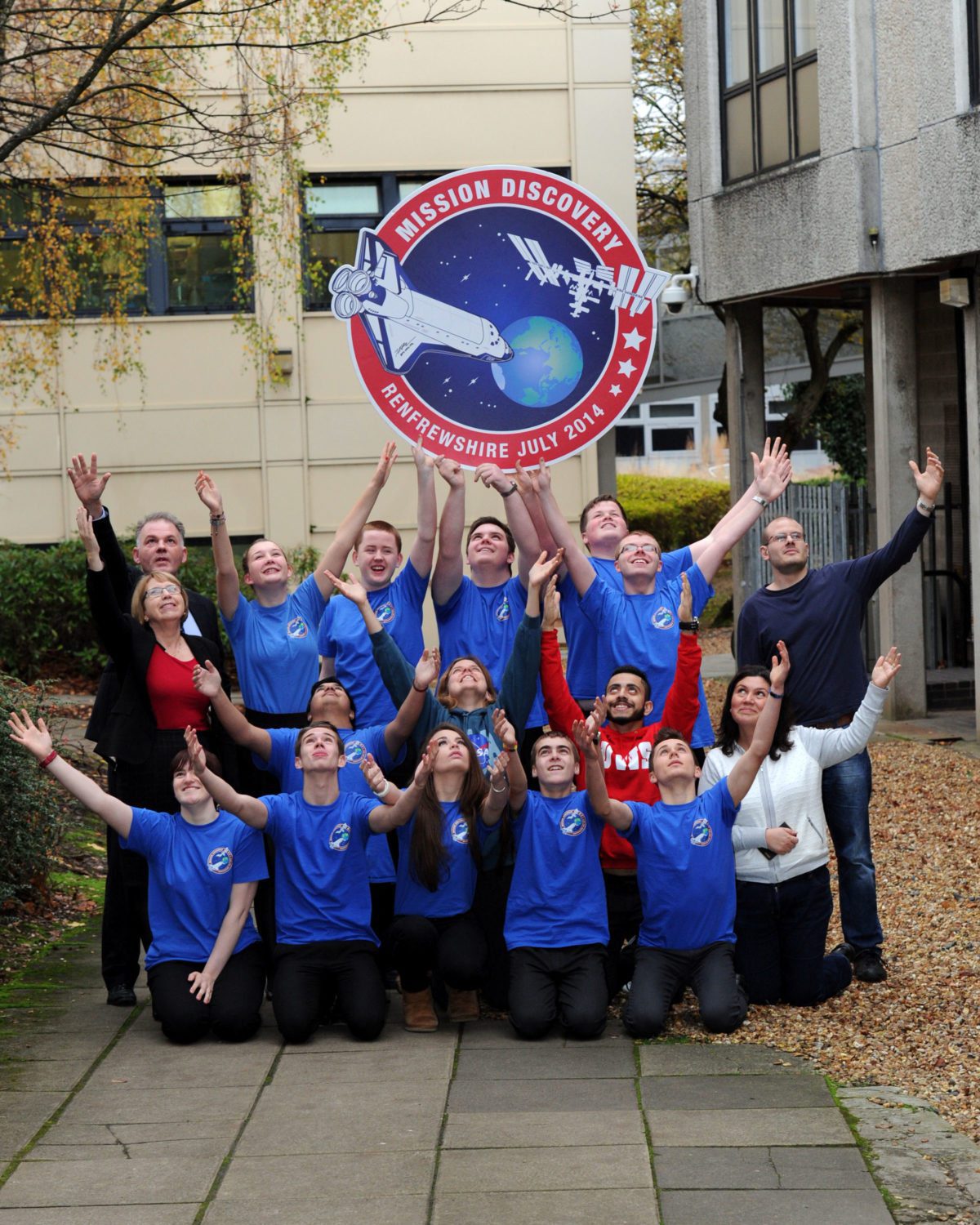 [vc_row][vc_column][vc_column_text]Talented school pupils from Renfrewshire will see their science experiments blast off into space thanks to a unique collaboration with NASA.

Eleven pupils from across Renfrewshire, all participants in this summer’s popular Mission Discovery space school, visited science laboratories at the University of West of Scotland to see their winning experiments being built.

The experiments, the first from Scotland to make it into orbit, will be launched into space next year and conducted by astronauts living on the International Space Station.

Julie Keeble, lecturer in pharmacology at Kings College, London, spoke to the pupils at UWS and witnessed their experiments. Julie said, “The pupils were asked to come up with an idea for an experiment worthy of astronaut time up in the space station. The winning ideas show creative thought and innovation and are well-deserving of their journey up to the space station.”

Councillor Jacqueline Henry, Convener of Renfrewshire Council’s Education Policy Board, said: “Mission Discovery has been such an inspiration to school pupils in Renfrewshire and it’s great to see the pupils here today watching their ideas come to life. To put this achievement into context, it costs around $25,000 to send 1 kilogramme of material to the International Space Station.

“Studying science subjects can be a route into a successful career in many different industries and we’ll continue working with partners to offer exciting initiatives that engage young people and enhance their studies. I’m delighted to say that Mission Discovery will return this summer and another group of pupils will get this once-in-a-lifetime opportunity to see their ideas go into orbit!”

Elese Watson (15) from St Benedict’s Secondary School, said, “It’s an absolute honour to be involved with this! We started working on these experiments in July and spent about five days working up the initial ideas. It’s incredible to think that our work will be the first experiments from Scotland to go into space.”

Professor Craig Mahoney, Principal & Vice-Chancellor of University of the West of Scotland, said, “We are extremely proud of our role as an educational sponsor of Mission Discovery and were delighted to host this event at our Paisley Campus.

“The importance of promoting science, engineering, technology and mathematics based subjects and nurturing our best talent in these areas cannot be underestimated and this project will go a long way in achieving this goal.”

Renfrewshire is just one of two areas, involved in the Mission Discovery project, that are sending more than one experiment up to the International Space Station.

The Renfrewshire experiments involve testing the feasibility of producing oxygen from cactus plants. Oxygen is a vital space resource providing fuel for rockets and breathable air for astronauts. The cactus was chosen for its durability, its low water consumption and its ability to photosynthesize in the dark.

The other experiment involves examining the impact of microgravity on the staphylococci and streptococci organisms responsible for bacterial conjunctivitis.