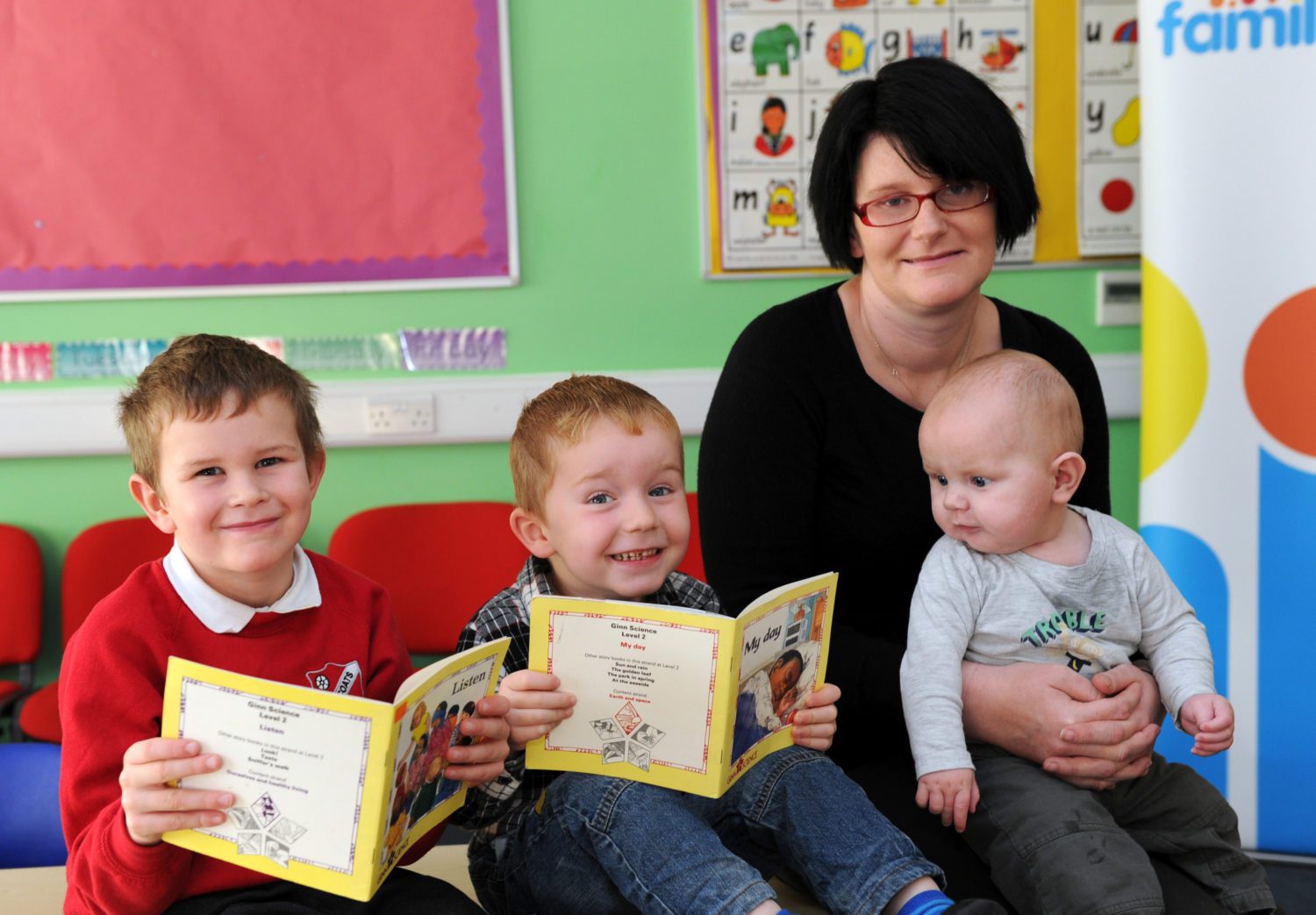 [vc_row][vc_column][vc_column_text]A unique service to give Renfrewshire’s children the best start in life through a stronger focus on early years intervention and more support for families has reached its first anniversary.

Families First ‘core teams’ were set up by Renfrewshire Council in Linwood and Ferguslie 12 months ago to take forward a neighbourhood-based approach to helping families build a better future for their children, with a focus on 0-8 years.

One year on, Advice Works staff based within the teams have generated a total of £347,400 across both areas in support and income that local families didn’t know they were entitled to.

And more than 200 families have received one-to-one support from member of the Families First teams across the two areas on issues ranging from parenting support and health and well being to maximising household income and budgeting.

Councillor Jacqueline Henry, Education Convener, said: “Our Families First Core Teams provide responsive, on-the-ground support for families in Linwood and Ferguslie who have young children. The teams offer a support package that starts with our staff building trust with the families and quickly moves forward to helping the families achieve their potential.

“No two Families First stories are the same. Some families have a key worker working very closely with them for months and this can include support from health visitors and Advice Works also. Some have a key worker for a shorter time with added support from a Homestart volunteer. While other families come along to the drop-in sessions that the teams run for an informal cuppa and chat with staff and other families – and they know the teams are there if they need them.”

As well as the two core teams, 10 extra early years teachers have been recruited across Renfrewshire as part of the £14m Families First programme, and a looked after children mentoring team has been set up.

Clubs are also offered to children who attend additional support needs schools and children under five who attend a council pre-five centre during school holidays.
Councillor Henry added: “One year on, I’m delighted to say that investing heavily in our early year’s strategy and developing it into the Families First programme has had an extremely positive impact. We’ve heard first hand from families who tell us the core team support has been invaluable to them, and also from parents who value the extra support which the free clubs offer during school holidays.

“The core teams and the clubs are an important part of an overall Families First approach that aims to give our children the best possible start in life and my thanks go to everyone who has made the first year such a success.”

After Jason was born in June 2014, Louise’s health visitor put her in touch with Families First team. Frances Robertson, the Ferguslie Team Co-ordinator, went to Louise’s home to chat with her and assess where support for the family could be brought in.

From there Frances made an appointment for Louise with Karen Ewing, the Families First team’s Advice Worker.

Karen checked that the family was receiving all the support and benefits it was entitled to. Karen was able to get the family Healthy Start Vouchers to buy Jason’s formula every week; found that Paul was entitled to free school meals, which he’s now receiving; helped Louise re-apply for her tax credits to take account of the new baby, and her Child Tax Credits increased as a result.

David Kennedy, the Families First team’s energy adviser also worked with Louise and made a successful application to the Warm Home Discount Fund, meaning she now receives £140 a year towards the family’s energy bill. David also switched Louise’s tariff – a move that will save her around £40 a year.

And because Paul started receiving free school meals – he became entitled to attend the Families First clubs which offer (free school meal entitled children) a healthy lunch and fun activities from 12noon until 2.30pm, every weekday during the school holidays.

Frances was also able to get Aiden extra nursery time over the summer (2 days a week during the school holidays) which meant Louise had extra time to bond with her new baby. During this time, Louise took Jason to the free baby massage sessions the Families First team were running in Ferguslie.

Louise said: “The Families First team has been absolutely fantastic. I can’t thank Frances and her team enough for the support that me and the boys have received.

“Now that the free school meals are in place for Paul, it saves me £10 a week on his lunches and he can now attend the holiday clubs. The clubs are great for him because he has activities to take part in, social interaction with other children, and a free lunch, all through the school holidays.

“Having the Healthy Start Vouchers to buy Jason’s formula is also a big help, plus the support the team gave me to have my tax credits re-assessed and to access the Warm Home Fund, has also made such a difference.”[/vc_column_text][/vc_column][/vc_row]