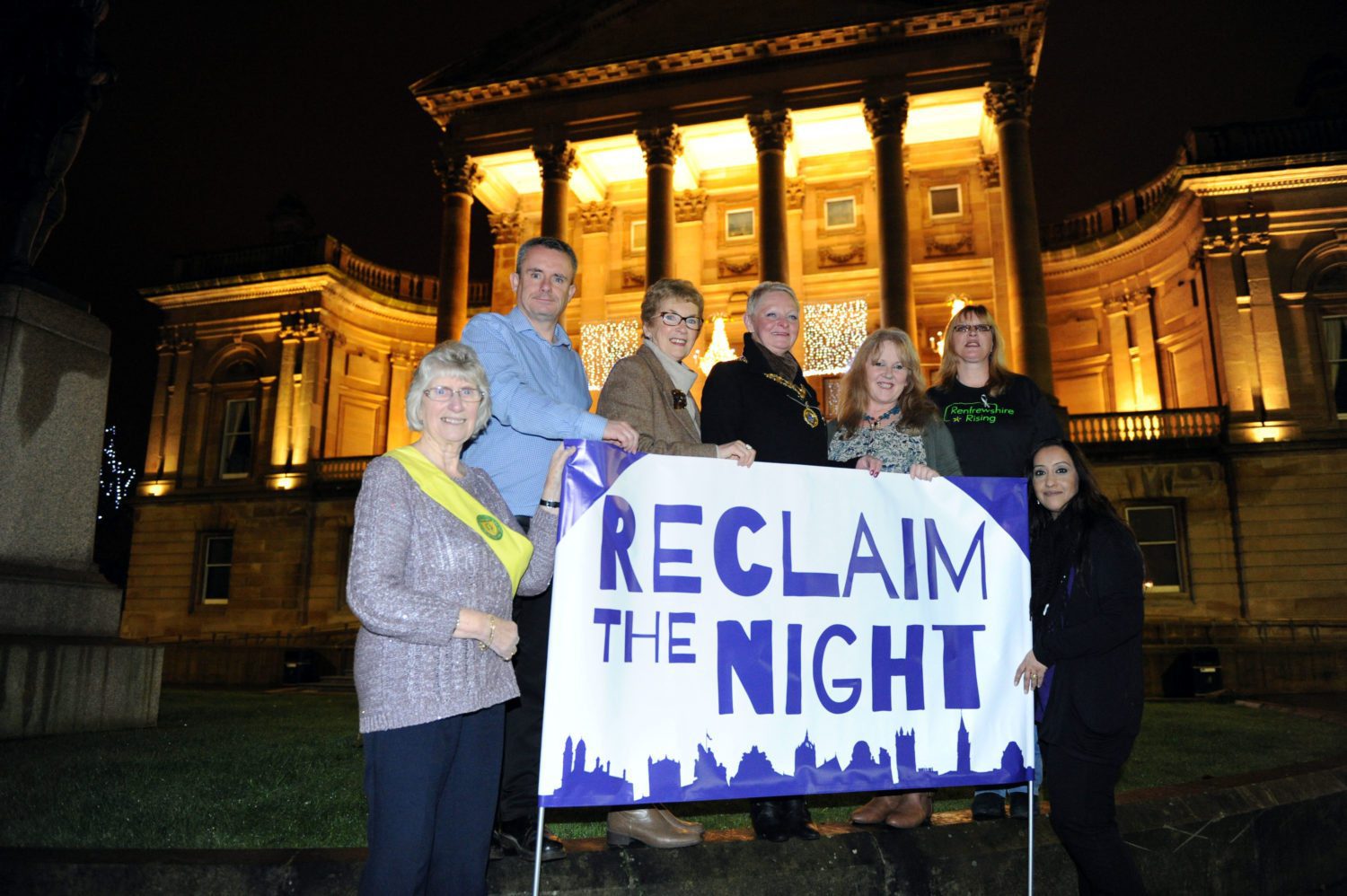 [vc_row][vc_column][vc_column_text]Hundreds of Renfrewshire residents turned out to a special procession and echo the international call to end to violence against women.

The Reclaim the Night procession in Paisley prompted a huge turn out as local people showed their support for the cause. The procession launched Renfrewshire’s 16 Days of Action, a local version of the UN’s international campaign.

Men and women joined the procession, led by Tony Lawler, who bangs the Charleston Drum each year for the Sma’ Shot parade, as they marched from West College Scotland to Paisley Town Hall, where attendees were invited in for an evening of entertainment.

At the town hall, Rosie Kane gave a powerful talk on why society needs to break the silence on violence against women. Local community groups also provided music and entertainment.

Councillor Iain McMillan, Convener of Renfrewshire Council’s Social Work, Health and Wellbeing Policy Board, said: “It’s great to see so many people coming along to support such an important cause.

“There was a great atmosphere throughout the procession and the high turnout shows that the people of Renfrewshire are dedicated to raising awareness of violence against women.”

Renfrewshire’s Provost Anne Hall, who also attended the procession, said: “It was inspiring to see so many people brave the cold and rain to show their support for ending violence against women. Domestic violence can happen to anyone and it’s important to break the stigma and encourage victims to speak out.

“There is always support available and no-one should suffer in silence. Groups like Renfrewshire Womens Aid and Renfrewshire Rising do great work and it is important to continue to support them.”