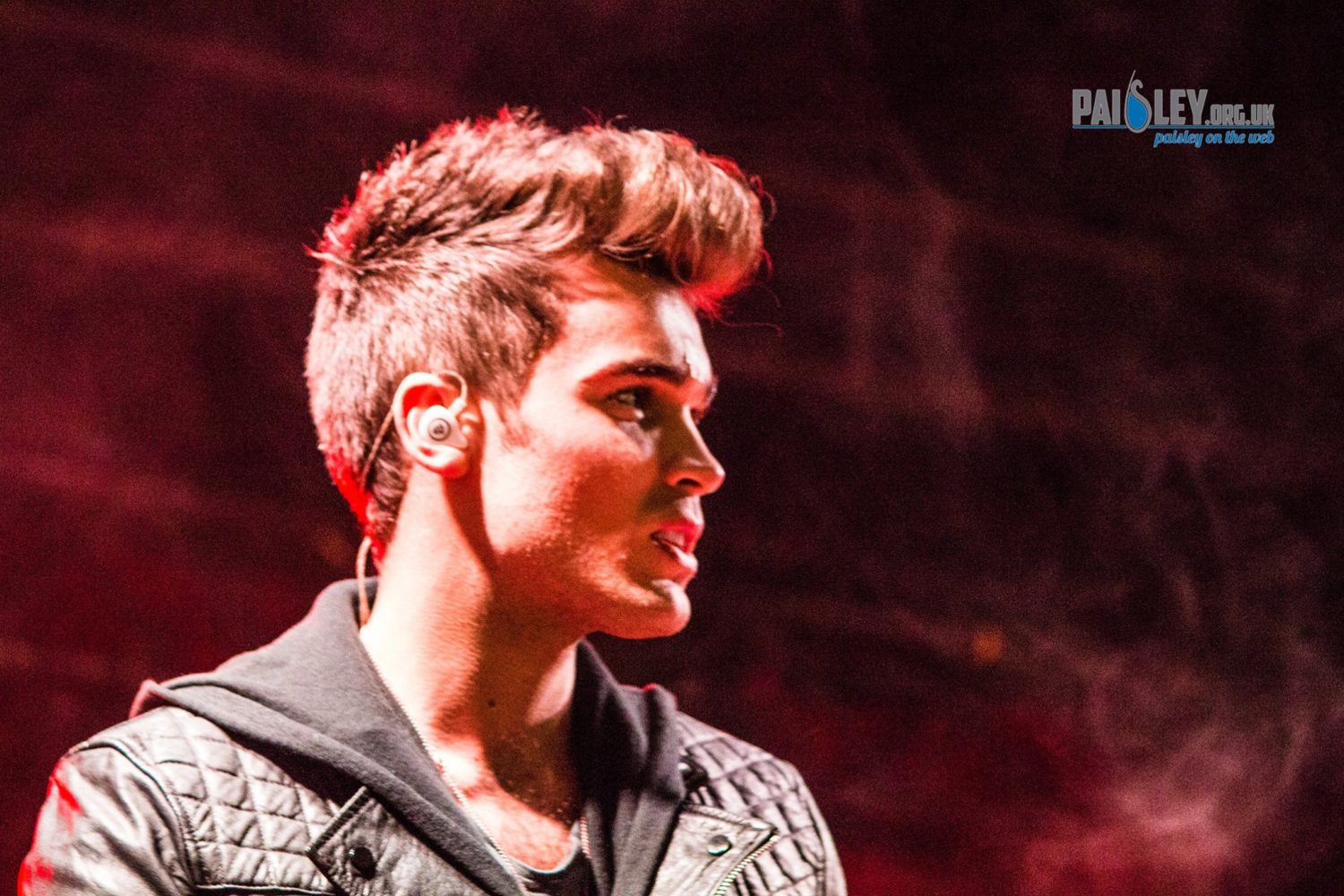 [vc_row][vc_column][vc_column_text]The stars came out to help light up Paisley at the weekend as the town sparkled during its annual free festive party.

Chart-topping boyband Union J were the star attraction as a crowd of 32,000 came out to see the town’s Christmas Lights switched on.

Jaymi, Josh, JJ and George delighted the crowd with hits including Carry You and a cover of It’s Beginning to look a Lot Like Christmas.

The crowd at the main stage in Gauze Street had already enjoyed a full afternoon of live entertainment, including a set from Glasgow synth-pop act Prides.

The three-piece kept the crowd going with hits including Messiah and even a cover of Katy Perry’s Roar.

And before that children’s favourites the Singing Kettle had the young ones singing along, with Clyde 1 DJ Gina McKie keeping the crowd going in between acts.

The fun got under way at noon when Santa himself showed up to lead the reindeer parade around the town centre, watched by a crowd of thousands.

Other attractions around the town centre during the day included a snow beach, funfair, children’s entertainers and the Slug in a Bottle market.

The event was organised by Renfrewshire Council as one the flagship days out in its ever-expanding town centre events programme.

And Provost Hall said: “Once again, Paisley shone in the seasonal spotlight.

“The event is now well-established as the centrepiece of the area’s festive countdown, and a popular family day out.

“It is always a pleasure to be a part of something so well-attended and to see enjoyment on the faces of young and old on the day.

“Year after year we find the event brings people into the town from outwith the area, so it is really helping to put Paisley on the map.

“And it’s always great to see the place so busy, with all the benefits that brings for traders.”

More information can be found at www.renfrewshire.gov.uk/events

Glasgow News? Daily Updates part of our network
Renfrewshire’s first ever procession on violence against women

Renfrew gets set for Christmas switch-on
Scroll to top