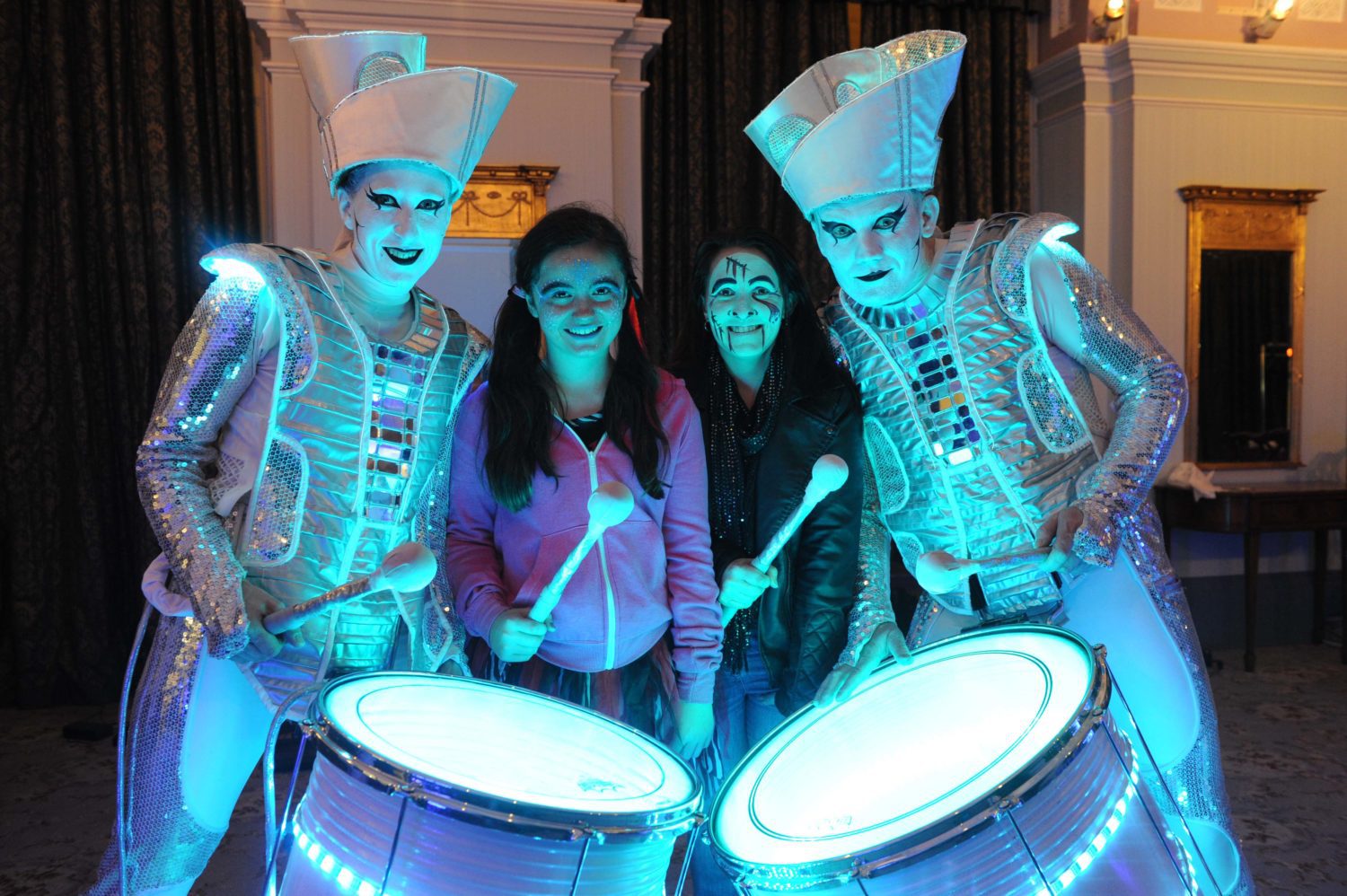 [vc_row][vc_column][vc_column_text]Paisley ‘s Halloween festival delivered a sensational spooktacular on Friday evening when around 15,000 came out in the town centre for a stunning show of light and dark.

The Renfrewshire-Council-run event was being staged for the first time and included a 200-person parade and Scotland’s first-ever fire garden with sculptures made of flames.

The parade started at Paisley Museum at 6pm and was led by the sight and sound of the Spark! LED drummers, who added to the carnival atmosphere.

They were followed by around 200 local children dressed in fancy-dress and carrying lanterns, as well as stilt walkers and giant illuminated birds.

People were lining the full length of the High St, as far down as Abbey Close, where the fire garden, run by outdoor events specialists Walk the Plank awaited.
It contained giant fire-breathing lilies, as well as a fire arch outside Paisley Abbey, and helped light up the occasion for the crowds throughout the evening.

There was even a dance performance by a flash mob, set to the sound of Michael Jackson’s classic tune Thriller, as well as a second performance by Spark! outside the Abbey.

The council is now planning to make the festival an annual one, with plans already under way to expand the event for 2015.

Renfrewshire Council Leader Mark Macmillan said: “This was the first time we had ever held the event and clearly the concept really caught the public imagination.
“The number of people who came out to see the event was phenomenal, and exceeded our expectations.

“We have already started thinking about how we can make the event bigger and better next year, as we believe there isn’t anything else like it anywhere in Scotland.
“Hopefully now, the Paisley Halloween Festival will become a fixture in our growing town centre events calendar, alongside established favourites such as the Christmas Lights Switch-on.”[/vc_column_text][/vc_column][/vc_row]