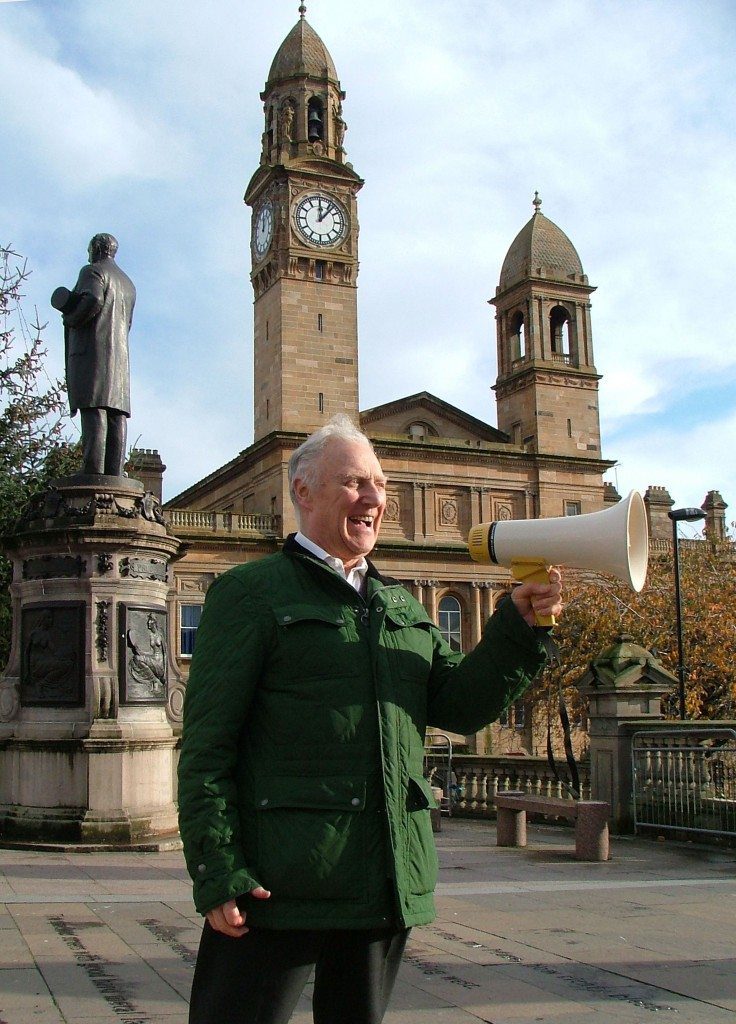 [vc_row][vc_column][vc_column_text]A FORMER MEP is back on the campaign trail to win a vote among the business community in Paisley.

Labour veteran Hugh McMahon has been out canvassing support in a last-minute push to have a Business Improvement District set up in Paisley town centre. 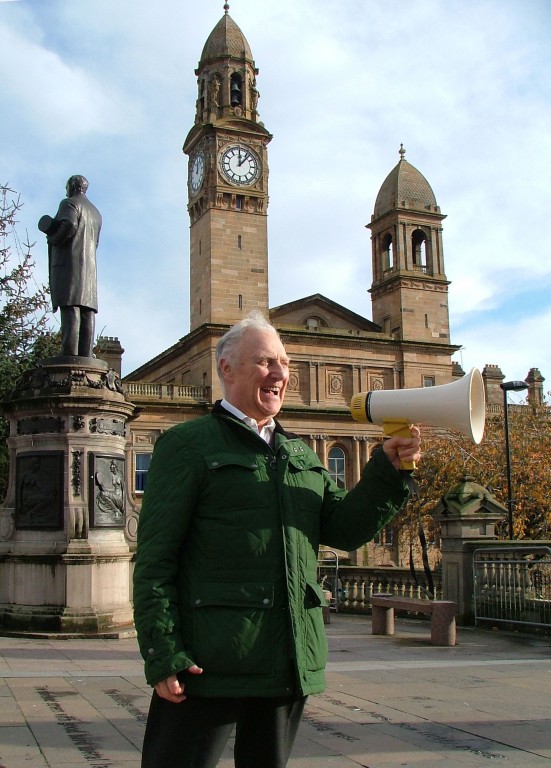 Postal ballot papers have been sent out to owners of shops, offices, cafes, bars and restaurants asking if they want to set up a Paisley BID.

Businesses now only have two days to post off their ballot papers as the votes have to be received by the Electoral Reform Services, in London by 5pm on Thursday, November 13.

In a final push for votes, Mr McMahon, who was a Labour MEP from 1984 until 1999, will be out in Paisley town centre drumming up support from businesses.

Mr McMahon is chairman of the Paisley BID Steering Group and has been using all his campaigning skills to win the vote. He said:

“Many business people have been telling us that they support the idea of a Paisley BID. But like in any election, it’s the votes that count, not what you say beforehand.

“I’ve been involved in countless elections over my political career and I know how important it is to have one final push before the ballot closes.

“We have to make sure people who have said they support us actually fill in the ballot paper and post it before the Thursday deadline.”

If there is enough support to form a Paisley BID, a board of directors will be elected from the local businesses community to run the not-for-profit company. And a small levy paid by local businesses will fund various initiatives to boost trade in the town centre.

“What a BID would do is increase footfall in the town centre by organising events and marketing campaigns; act as a buying group for local businesses leading to cheaper utility bills and become a campaigning voice for town centre traders on issues such as business rates, town centre cleanliness, comfort and safety.

“I would urge businesses to make sure they send off their completed ballot paper, voting to create a Paisley BID before the deadline.”[/vc_column_text][/vc_column][/vc_row]