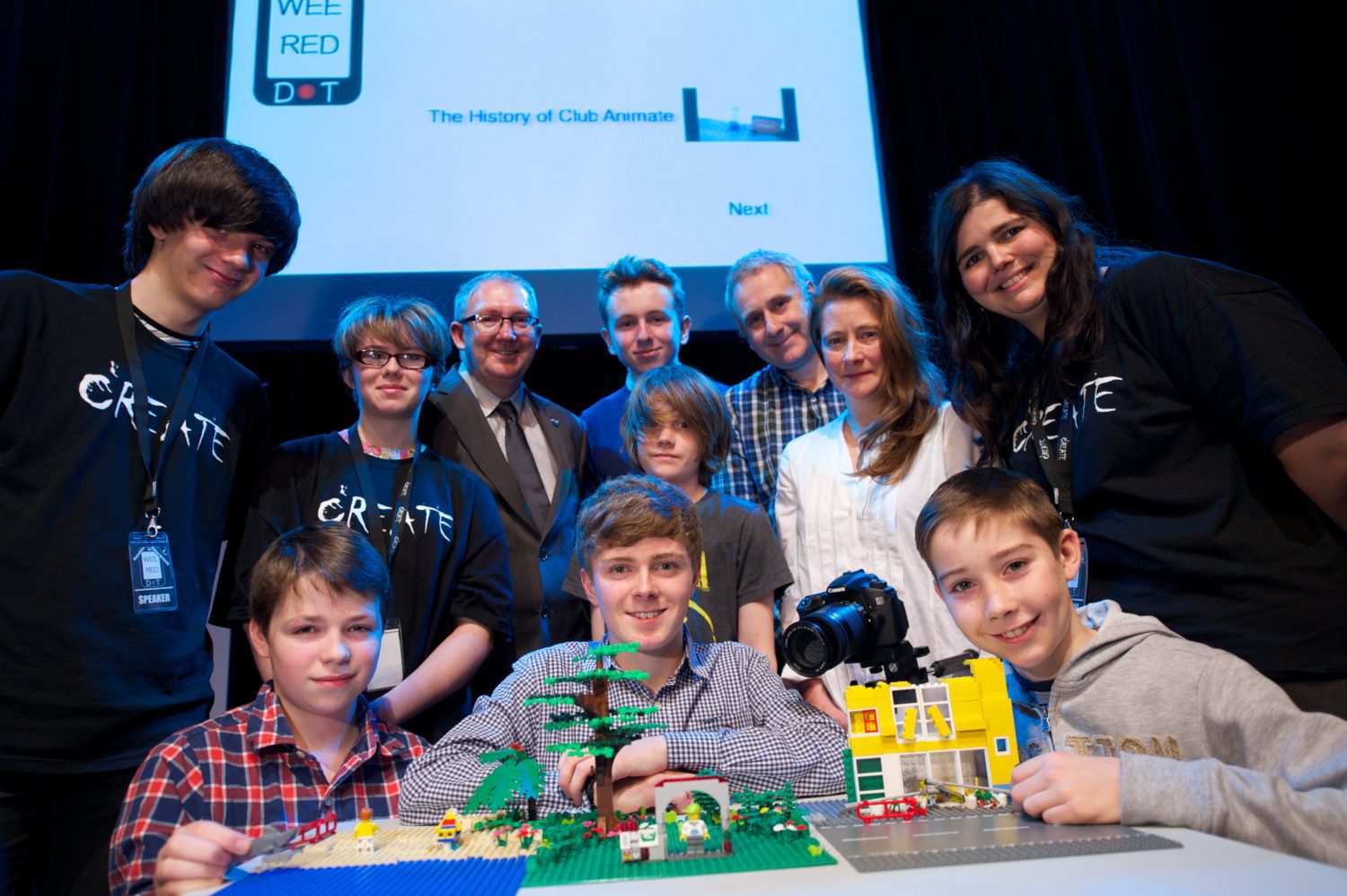 Billed as ‘the essential young person’s guide to film in Renfrewshire’, the day-long event had something for all kids and young adults aged 6 – 21; screenwriting, animation and directing masterclasses, free animation workshops plus a Q&A opportunity with Youtubers ‘Brucefinity Bruce’ and ‘Infinitecrafted’.

Kilbarchan teenager Morgan Spence also presented his latest LEGO® animations – fresh from the success of his ‘Brick Wonders’ film series specially created for Renfrewshire Arts & Museums’ LEGO exhibition of the same name, which is currently on display at Paisley Museum. To date, the seven Brick Wonders films have been viewed on Morgan’s Youtube channel over 60,000 times.

The event was supported by CREATE Paisley and LEAP (Local Energy Action Plan) based in Lochwinnoch.

“The Wee Red Dot Festival is a great way to introduce creative youngsters to the world of film and new media.

It highlights the number of local groups and individuals who currently contribute to Renfrewshire’s vibrant film-making scene and gives young people the chance to try out a number of specialist film-making techniques from an early age.”[/vc_column_text][/vc_column][/vc_row]

Sporting heroes take to the podium
Scroll to top