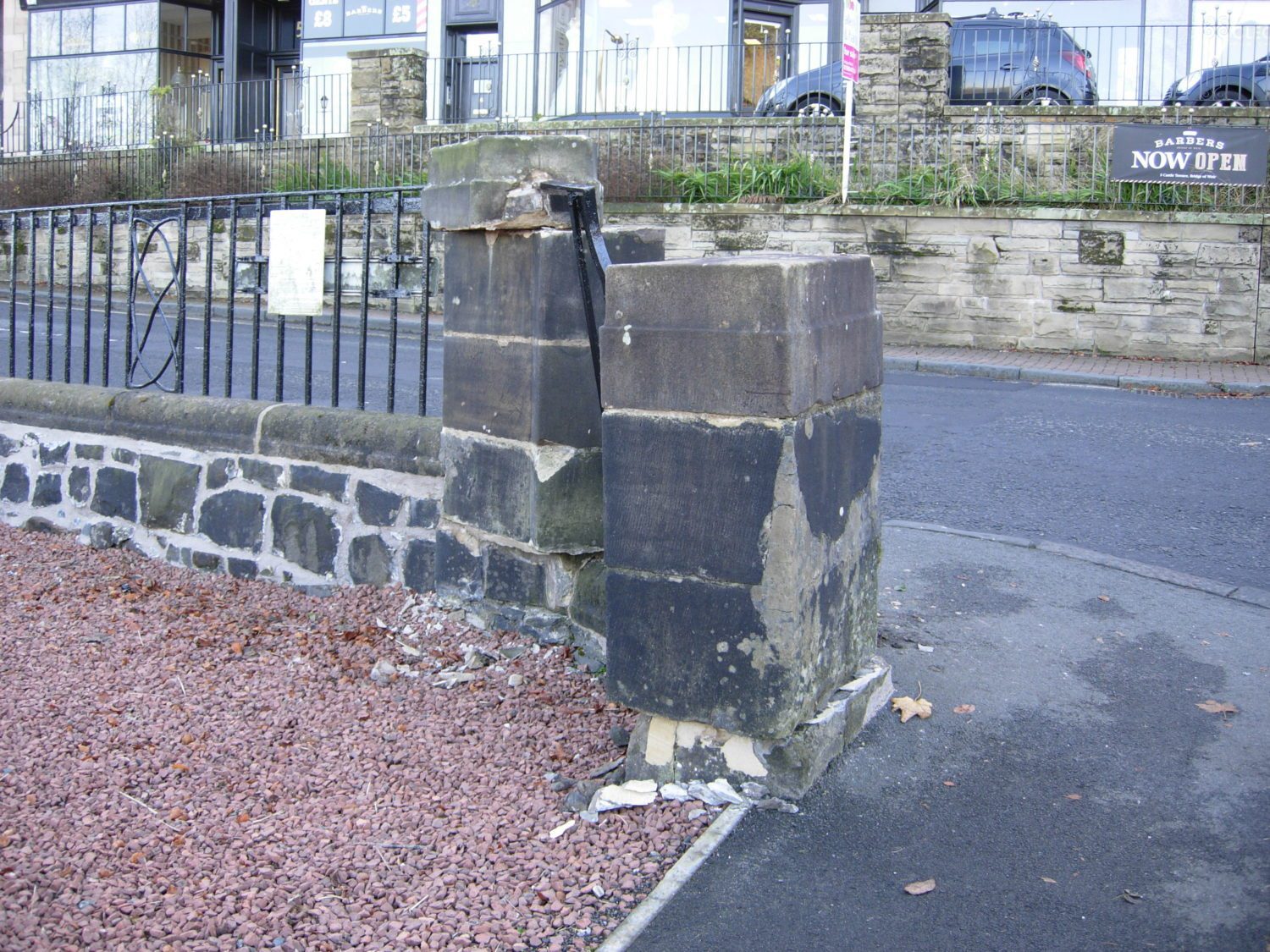 [vc_row][vc_column][vc_column_text]The Bridge of Weir war memorial boundary wall has been damaged by a hit and run driver, just weeks after contractors, working for Renfrewshire Council, completed a £13,500 restoration project.

During the work the name of Private James McClure, who served in the 7th Battalion of the Royal Inniskillng Fusiliers and was killed in action at Flanders on 11 November 1916, was also added to the roll of the fallen.

Councillor Eddie Devine, Convener of Renfrewshire Council’s Environment Policy Board, said, “This year is the centenary of the start of the First World War. Across the country millions of people are making a special effort to honour those who gave their lives for our freedom. In this spirit the council has been working to restore all of Renfrewshire’s war memorials to pristine condition.

“This makes it all the more disappointing that a vehicle has clearly struck the memorial and the driver has simply driven off.

“The stone gatepost at the entrance to the memorial has been badly damaged. However, we will ensure that the memorial is made safe and that the Remembrance Sunday service can go ahead as planned on 9 November.”

“We would urge anyone with any information to contact the Police on 101.”

The council will ensure the boundary wall is repaired to the same standard as the restoration work but this will be after the Remembrance Sunday service.[/vc_column_text][/vc_column][/vc_row]