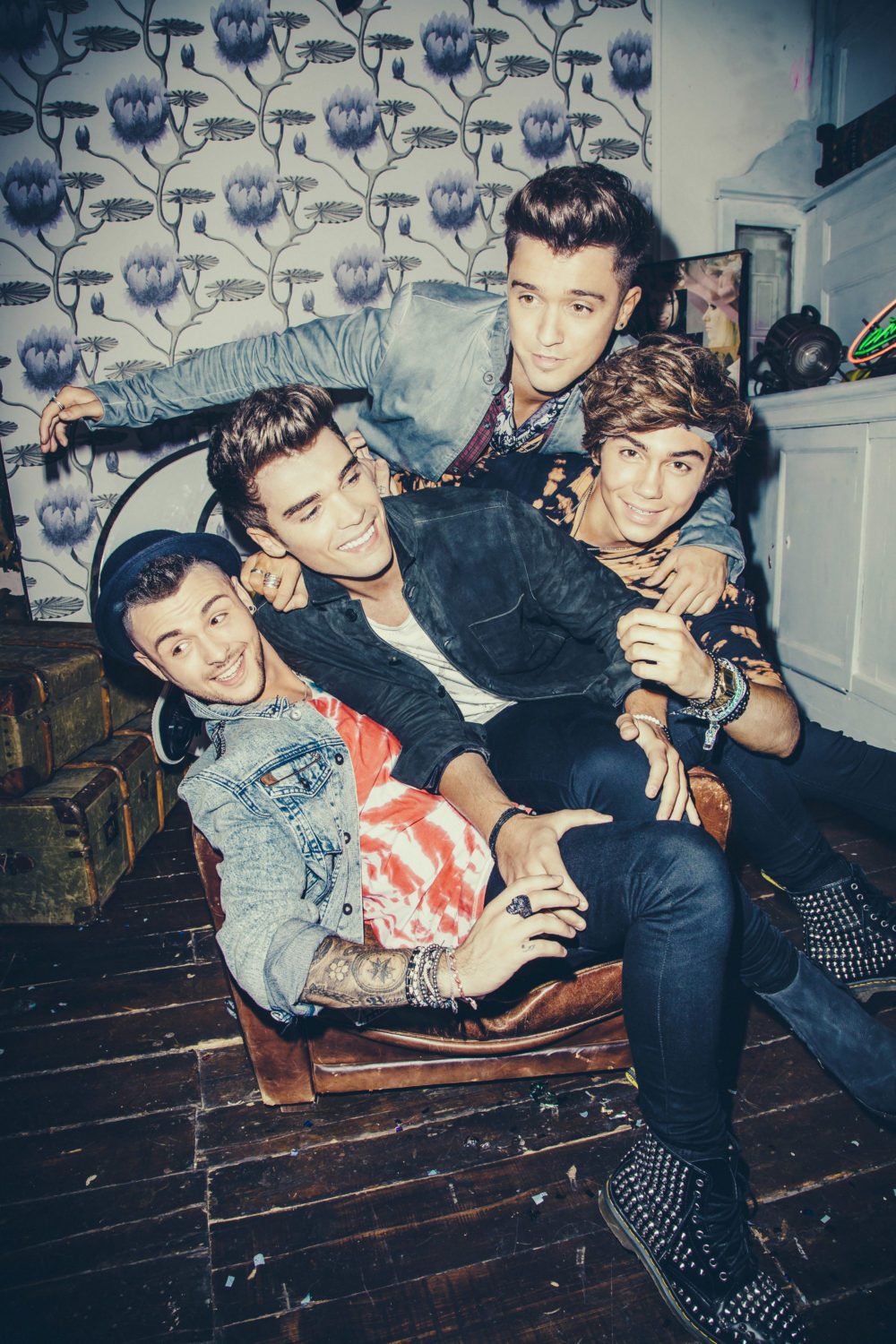 Chart-topping boyband Union J are on their way to Renfrewshire to headline the area’s annual festive extravaganza.

The four boys will perform in Paisley town centre on Saturday 15 November before the town’s Christmas lights are switched on.

They will be joined on the bill by Glasgow synth-pop band Prides and by family favourites The Singing Kettle.

The event will run from noon and will include an appearance by Santa during the traditional reindeer parade, as well as the Slug in a Bottle market.

The live entertainment on the giant outdoor stage in Gauze Street will be hosted by Clyde One DJs throughout the afternoon, before the big switch-on at 6pm.

Union J – Josh, JJ, Jaymi and George – burst into the public eye while finishing fourth on TV’s X Factor in 2012 and since then have racked up three top ten singles.

They will be set to bring their legions of fans to the Paisley event, which usually attracts a crowd of tens of thousands to the town.

Prides will take to the stage after a momentous 2014 which saw them release their debut EP and perform for hundreds of millions worldwide during the closing ceremony of the Glasgow 2014 Commonwealth Games.

And ever-popular children’s trio Singing Kettle will help keep the young ones in the crowd entertained earlier on in the day, as part of their farewell tour before their final shows early next year.

The Paisley Christmas lights switch-on is part of a programme of major events being laid on by Renfrewshire Council this winter. The cost of the performers will be covered by sponsorship from local organisations.

Renfrewshire Council Leader Mark Macmillan said: “The Paisley Christmas Lights Switch-on is the biggest event we hold each year and always a great day for families and music fans alike.

“Previous events have brought anything between 30,000 and 40,000 into the town centre, with all the benefits that brings to local traders.

“The council has big plans to use events and culture as the driving force behind a wide-ranging programme of regeneration for the town over the next decade.

“Established events like the Paisley Christmas Lights switch-on give us a solid foundation from which to start, and we want to build on the success of that.”

The 10 to 18 October will see the third annual Spree festival, Paisley’s national arts festival, with a bill of top-notch music, comedy and culture planned. Tickets are on sale now at www.thespree.co.uk

Other events in Renfrewshire over the next few months include a brand-new Halloween festival (Friday 31 October), the annual fireworks spectacular (Saturday 1 November) and Christmas lights switch-ons in Renfrew and Johnstone.