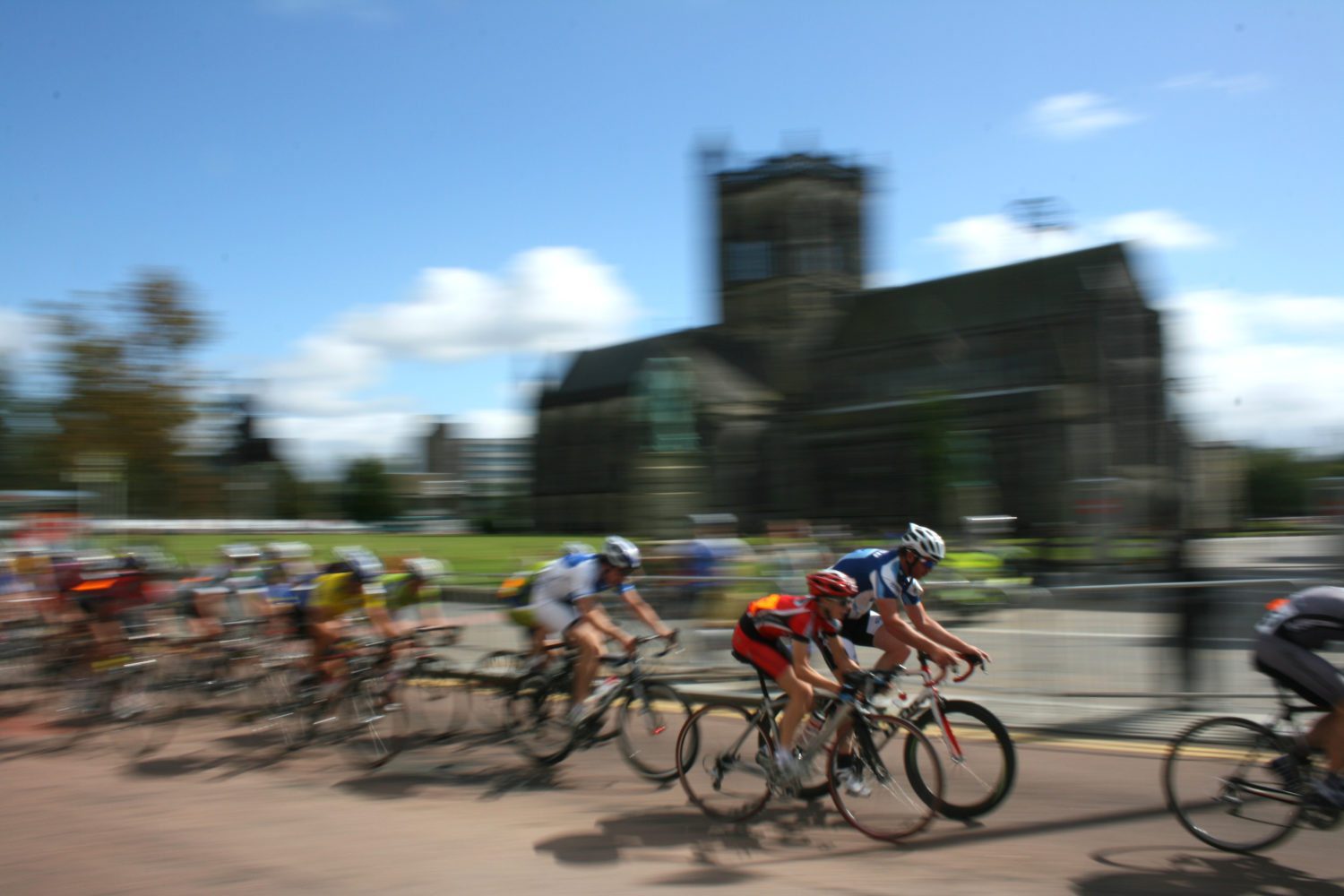 [vc_row][vc_column][vc_column_text]Renfrewshire is gearing up for another summer of sport after it was announced that the area will host a prestigious UK-wide youth cycling race.

The 2015 British Cycling Youth National Circuit Race Championships has been awarded to Paisley, the first time Scotland has hosted the championships.

The event will take place on Sunday 12 July on a town centre route passing the stunning setting of Paisley Abbey and Town Hall.

It will offer cycling fans the chance to see the sport’s stars of the future, with previous medallists in the race having included future world champion Mark Cavendish and Olympic medal-winners Geraint Thomas, Ross Edgar and Laura Trott.

The event was brought to Paisley through a joint bid by Renfrewshire Council and a group of local cycling clubs led by Johnstone Jets.

Next July will also see the area again host Street Velodrome – the world’s only pop-up velodrome – after its successful debut in 2014.

Renfrewshire Council Leader Mark Macmillan said: “We are delighted to be able to bring this prestigious sporting event to Renfrewshire.

“We have a vibrant cycling scene locally and I am sure cycling fans from Renfrewshire and beyond will be thrilled to get the chance to see the sport’s stars of tomorrow compete up close.

“Renfrewshire is fast gaining a reputation as a venue for top-class events and I am sure the historic town centre of Paisley will provide a striking backdrop to the excitement on the roads.”

“There are over 200 members of youth cycling clubs within a five-mile radius of the circuit and it’s testament to the growth of cycling in the area that Renfrewshire Council has continued with their commitment to bringing high level racing to the town.

“The organising group of Paisley 2015 look forward to welcoming all to Paisley in July.”