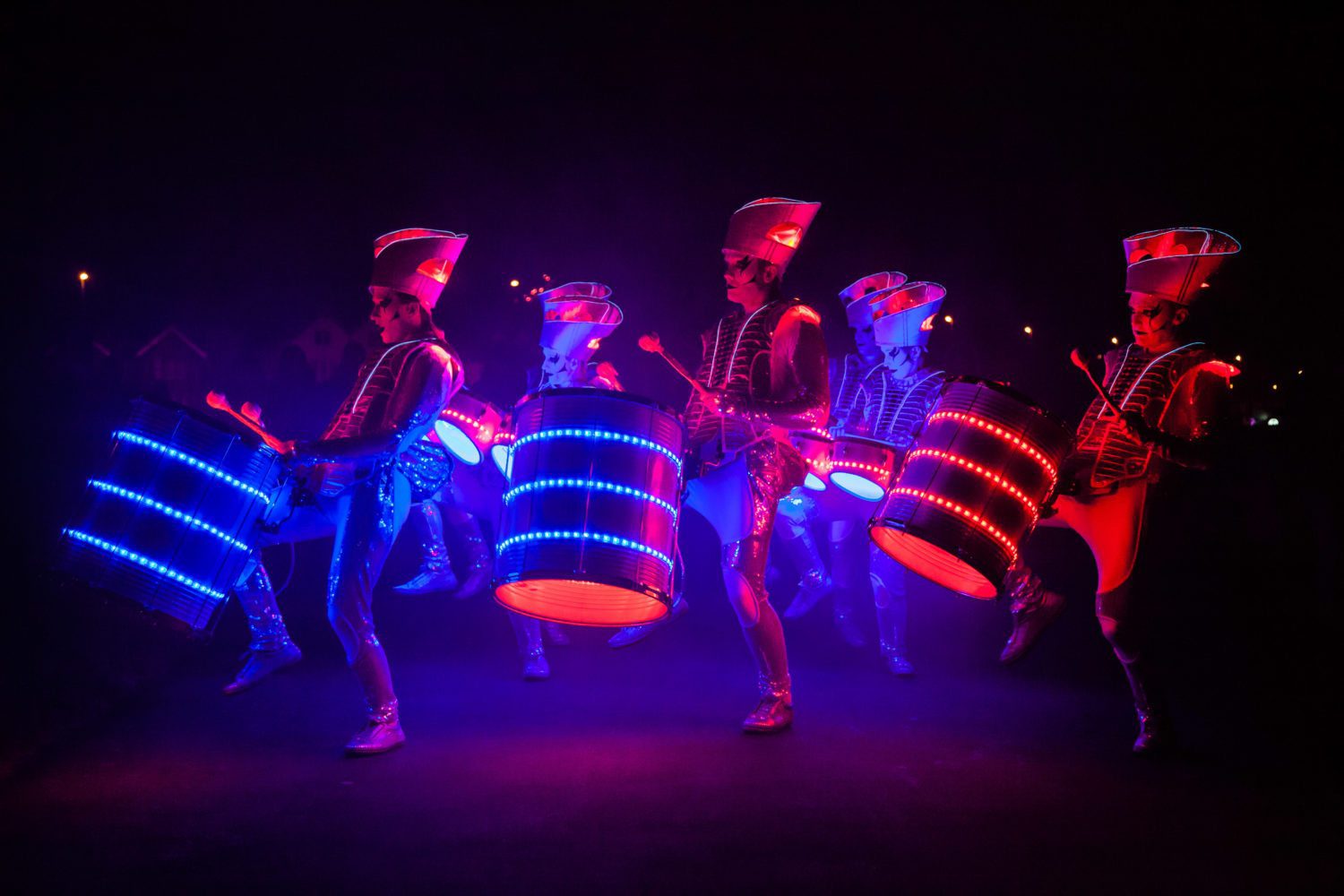 Renfrewshire is getting set to host a spooky spectacular with the first-ever Halloween festival to take place in Paisley at the end of the month.

Friday 31 October promises to be frightfully good fun with a series of activities themed around light and dark planned for Paisley town centre.

Highlights include an illuminated parade down the High Street led by a group of LED drummers called Spark! and featuring local community groups.

The parade route will end in Abbey Close where visitors can enjoy the spectacle of a stunning fire garden featuring sculptures made from flames.

There will be street entertainment around the town centre between 6 and 9pm in the form of fire jugglers, while there will be scary story-telling in Paisley Abbey.

Visitors to Paisley Town Hall will also be able to take part in Halloween-themed craft workshops, face-painting and see a wizard show.

The Renfrewshire Council-run event will be taking place for the first time as part of a wider winter events programme including the annual fireworks spectacular, to take place a day later.

Later in the month, the Paisley Christmas lights switch-on will be headlined by chart-star boyband Union J, for what should be a crowd of tens of thousands.

Councillor Roy Glen, Convener of the council’s Economy and Jobs Policy Board, said: “The Halloween festival is taking place for the first time and we are expecting it to be a fantastic spectacle.

“The parade and fire garden will be visually stunning and there will be loads going on in the town centre to help keep adults and children alike entertained.

“Earlier this year the council unveiled an ambitious strategy to use Paisley’s heritage and culture to drive regeneration in the town and help attract tourism.

“We are fortunate that we already have several well-established events such as the fireworks and Christmas lights switch-on.

“But part of the strategy is to build on our success by expanding our existing programme to take in new events.

“We expect that if Halloween festival is successful it would become a regular in the years ahead, and hopefully this is just a taste of things to come.”

Other key dates for your diary include the The Spree festival (10 to 18 Oct), which will see a programme of top-notch music comedy and more at various venues in Paisley.

There are also Christmas lights switch-ons due to take place in Renfrew and Johnstone during November.