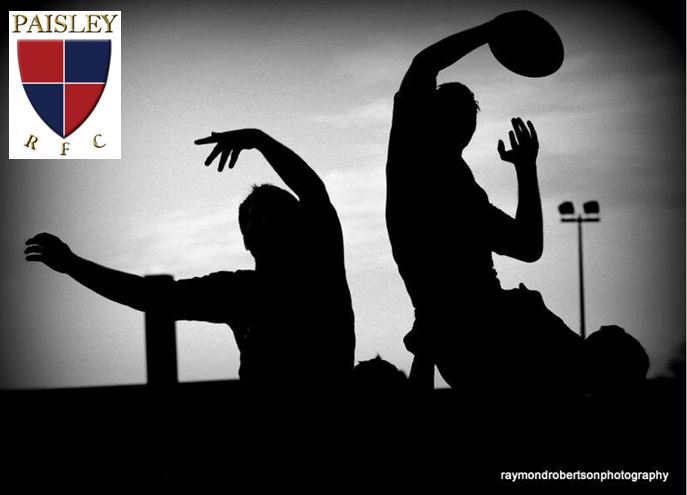 The 1 XV has won 2, lost 2 and 1 game abandoned, due to referee being injured, The Buddies have so far made their mark on Division 2 and show they are not an easy target, with big wins against McLaren away, Uddingston at home, and losing 2 games in the last play of game.

The guys are training hard and know what has to be done, so it will be an interesting and exciting season ahead.

Our 2XV team are on a roll, the only 3 league games they have played, they have had big wins. The 1 & 2XV teams are growing in numbers and strength, and the huge dedication to training by these guys is paying off.

We would like to take this opportunity to welcome all new, and old players who have come back to the club, into the Paisley RFC Family. #WeArePaisley.

Deals have been secured with Paisley Piazza, our main sponsor for 2014-15 and Viennas Nightclub, who will both have a place on our new team playing tops for this season.

Paisley RFC Junior Section is continuing to thrive in numbers for all sections, P1-7, S1/2, U15/16 U18 and our newly formed PRFC U15 Girls team. There are newly trained coaches and some senior players dedicating their time to pass on their skills to the up and coming future seniors of the club.

In addition to playing, there has been lots going on in our club, we had a successful Ladies night, with the help of our 1XV players being our buff waiters, this was a huge hit with the ladies, another is planned for 5th Dec, with PRFC Xmas helpers, look out for details.

We have organised a Psychic Night on the 24th Oct, with Psychic, Carol McGhee and our Annual Fireworks Display on the 8th Nov, both events being held at our club house. There is a lot of work and effort put into planning these events by our volunteers and they are vital to help with the running of our club.

If anyone would like to come along to any of them, you can come down to the club, phone or see more details on our Facebook/Twitter accounts.

Paisley Rugby Football Club, welcomes members and non-members to come along and watch games, we love to see a good support for the teams. It’s a homely and welcoming club, so don’t be shy, just pop in.

We recently had a visitor from a gentlemen who was up in Paisley visiting, as we got talking to him, he revealed he used to be part of the club, back in the days when it was the old Grammarians, 1954, he played or coached the 4XV team and was also secretary of the club, he had some great stories to tell. This tells me PaisleyRFC has been a huge family for some time, long before we knew it, and continues to be a family today.[/vc_column_text][/vc_column][/vc_row]